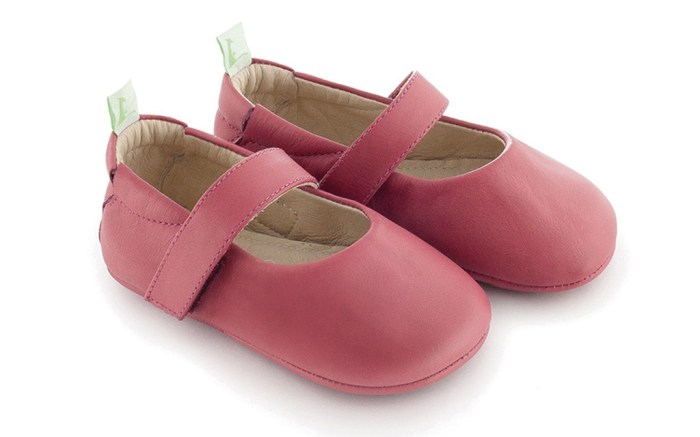 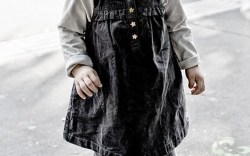 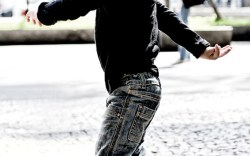 Tip Toey Joey is looking to grow its footprint in the U.S.

The Brazilian children’s brand, launched in 2004, now plans to expand its distribution in the American market, where it has quietly sold its shoes to a handful of stores since 2006.

“The U.S. is definitely a big growth opportunity for our brand. It’s a market that has always been on our radar, but the timing just hasn’t been right,” said Tip Toey Joey founder Scott McInerney.

The label, which launched with baby shoes and has since added toddler, youth and even some women’s styles, got its start on a small scale in McInerney’s native Australia. The business grew quickly, and Tip Toey Joey soon expanded into nearby New Zealand and then into Brazil, where McInerney resides with his family in the shoemaking hub of Franca in São Paulo. Other points of distribution now include the U.K., Russia and Canada, and other parts of Europe and Asia.

Today, Tip Toey Joey is a household name in Brazil, selling more than 1,500 pairs of its shoes there daily. “The Brazilian market in general has developed rapidly in the past several years, and we caught that wave,” McInerney said. “It’s where we’ve dedicated most of our resources up until now.”

The brand first hit the U.S. in 2006 by partnering with upscale children’s retail chain Babystyle (shuttered in 2009). Several independents, including Yoya in New York and California-based Brooks Shoes for Kids, later picked up the line.

To better address the American market, the company’s strategy includes continuing to pursue placement in the kind of influential independents that will generate awareness for the brand, as well as launching a U.S. e-commerce site. “The baby market, especially, has exploded since we first got started. America has some very big, established brands, but we believe there is a spot for Tip Toey Joey,” McInerney said.

Aimee Gallo, a former buyer for Babystyle who now runs the online children’s shoe boutique Friendlyrooster.com, said Tip Toey Joey has great potential for success as it expands its U.S. business. “It will be a slam dunk. I’ve already seen what the brand can do [at Babystyle],” she said, noting that Tip Toey Joey is a top seller on her site. “No matter how many units we order, we never have enough. Moms e-mail us daily asking when we will have more in stock.”

Cristina Villegas, owner of Yoya, said the brand’s sophisticated designs appeal to her customers. “It’s hard to find baby shoes with a strong sense of style,” she said, citing bestsellers including the Dolly Mary Jane shoe and the Urby sneaker. “The brand can compete well with the European and U.S. brands here.”

Tip Toey Joey’s offering covers a wide range, from simple Mary Jane styles and T-straps to edgier high-top sneakers and chukka boots, retailing from $40 to $62. The shoes are made of soft leathers and feature flexible rubber soles. The baby styles incorporate a stretch heel, an early design innovation for the brand and something McInerney said is a key selling feature. Rather than use elastic around the entire ankle — common in many soft-sole infant shoes — Tip Toey Joey’s shoes employ it only at the heel, providing ankle support and making the shoes easy to put on and stay on. “Basically, it allows you to create something that looks like a shoe rather than a slipper, and that’s a key difference,” McInerney said.

All of Tip Toey Joey’s shoes are manufactured locally in the company’s 16,000-sq.-ft. factory in Franca. Although producing onsite in Brazil enables the company to maintain strict quality-control standards, the process is more expensive than outsourcing to Asia. The higher costs are a hurdle in tackling the U.S. market, McInerney said.

“Americans expect and are willing to pay more for Italian-made shoes, but it’s a harder sell to get them to pay more for Brazilian-made shoes,” he explained. “Brazil doesn’t have that same cachet, so it’s definitely a challenge we face as we look to expand in America. Also, Brazil is not the most efficient market, so it’s a task to hit those strict delivery deadlines required by U.S. retailers.”

Still, when it comes to product, Tip Toey Joey makes a point of playing up its Brazilian roots, particularly because the country soon will be in the world spotlight as host of the 2014 FIFA World Cup and 2016 Summer Olympics. Recent collections have featured color palettes and design details inspired by Brazilian themes such as the beach, coffee industry and urban streets of São Paulo. “We’re hoping to get a little boost from all the attention on our country,” McInerney said. “Tip Toey Joey is a global brand, but our Brazilian-ness is a vital part of who we are.”