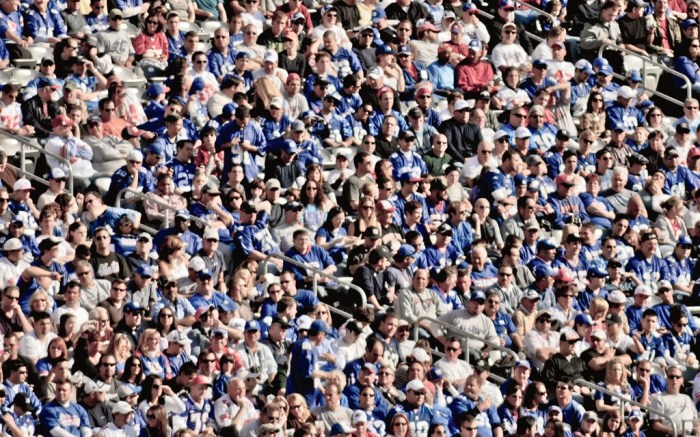 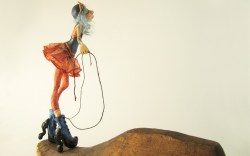 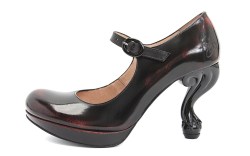 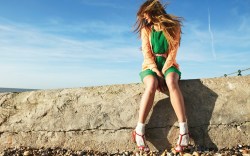 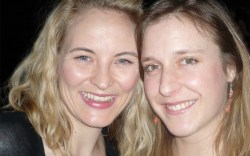 Crowdsourcing may be a growing trend in marketing, but it’s just a fancy name for an old idea: polling an audience for creative innovation and to get feedback. In the past, shoe companies gathered information around the office, quizzing staffers and friends of friends on designs and price points. But thanks to technological advances and social media, data and inspiration can now be collected straight from consumers.

“From a marketing point of view, crowdsourcing is an inexpensive alternative to research,” said Larry Oakner, managing director of strategy at consultancy CoreBrand. “It’s helping the public tell brands what they want, and you should always find out what your customers want.”

John Fluevog Shoes, the Vancouver, British Columbia-based brand known for its quirky designs, has been using crowdsourcing for more than a decade. “John would visit stores and people would hand him sketches of the shoes they really wanted and couldn’t find,” said Stephen Bailey, marketing communications director for the brand. In response, Fluevog and his team launched John Fluevog’s Open Source Footwear in 2002. The concept is part Web portal, part production studio. Consumers submit images — drawings, sketches, doctored photos of their dream shoes — which are uploaded to the site and voted on by the public.

About once a year Fluevog produces a true replication of one of the ideas, Bailey said, but otherwise the brand’s designers often take inspiration from a buckle or a certain color combination.

As a result, the venture has spurred in-house creativity and helped the company build and maintain a close relationship with its fans. “Open Source Footwear has always been a really well-trafficked section of the site,” Bailey said. “In a time when brand loyalty in general is fading, we are thankful to have a really dedicated fanbase.”

Beyond Skin, a U.K.-based vegan shoe brand, has partnered with animal rights organization PETA on a contest that launched last month, open to students in footwear design schools and programs. Beyond Skin’s design team will select 10 submissions, and the winner will be picked Dec. 13. The public can keep track of the process by watching the selection stages online.

“We are hoping we will have a great response to this opportunity as it’s an excellent chance to have your dream shoe turned into reality,” said Heather Whittle, co-founder of Beyond Skin. “We’ll measure the success of the project by how many entries we have and how much exposure [and media awareness] we are able to gain.”

According to Oakner, fledgling designers can spark creativity in a way those who are familiar with shoe design sometimes can’t. “These people are unbiased by prior knowledge of what can or can’t be done. Creativity isn’t hampered by the ‘how do we do it’ element. It’s an inexpensive way to generate new ideas that aren’t constrained by the hours and staff you currently have,” he said.

But initial product design isn’t the only space where consumers can provide valuable input.

According to Greg Petro, CEO of First Insight, a technology company whose clients have included department stores and footwear firms, crowdsourcing can be especially useful for manufacturers who already have created a line but need help determining which items to produce or to drop. In this situation, shoes created by actual designers are unveiled — via the company’s website or Facebook page or through software and games such as those designed by First Insight — then voted on by the public.

Consumers also can weigh in on other specifics, such as color, materials and price point.

“If a sample gets a modest approval rating it may be wholly taken out of the line, altered a bit to make it more attractive, or produced in a lower quantity than the others,” said Petro.

Similarly, marketing can get a boost from crowdsourced inspiration and feedback. With Fluevog Creative, an annual competition for its print advertisements, John Fluevog invites amateur designers to have their graphic creations voted on by the public; the winning ad goes to print with a bio of the artist.

And Bailey said the program has been a hit.

Will Smith, chief marketing officer for the retailer, said the chain first tested the crowd-sourced waters in 2011 by asking consumers to vote on their favorite videos on its Facebook page. In May of this year, Famous Footwear debuted “A Letter to Mom,” a video created with 20 independent filmmakers from video crowdsourcing firm Poptent.

And the effort got results.

The company ran the “Letter to Mom” video in cinema advertising in the spring and also pushed it out on its website and through email, text messaging, social media, YouTube and in online advertisements. According to Smith, it received a positive reaction, both in terms of the number of views and the response to the message.

“The message came through in a very sweet but very authentic way,” Smith said.

He noted that Famous will keep crowdsourcing in its repertoire. In fact, the company’s latest crowdsourced video, “Guardian Angel,” was uploaded in September and has received almost 600,000 views.

When done well, “crowdsourcing adds an enormous amount of value,” First Insight’s Petro said, adding that it can provide diverse, independent and decentralized data to help steer a company in the direction the consumer wants.

But experts caution that while feedback is immediate, seeing a new design implemented takes time. “When we first started, [we would launch something] and the next day wondered where are all the submissions,” Bailey said. “You want to see immediate rewards, but you just have to have faith. It really is a long-term strategy.”

A crowdsourced idea also can be unpopular within the company or incompatible with the brand’s identity or product line.

Petro noted it can be a good idea to start small. He suggested brands ask for feedback on existing designs or ask for design inspiration, but don’t promise to reproduce a whole shoe. Also, companies should offer marketing placement in a YouTube campaign, but not a national TV spot. “It’s sometimes best to take inspiration from consumers, but not follow their designs or suggestions to a T,” he said.

However, Bailey added, if brands do happen to overpromise, be prepared to roll with it.

And most of all, follow-through is critical.

“There’s a danger in not giving people what they’re asking for,” Oakner said. “If people give you a bunch of ideas and you don’t play it out, you’re not going to get many people to participate the next time around.”

But the payoff can be big.

“When building a brand, you want to make sure you have a connection to your audience,” Oakner added. “What better connection than actually asking them what they want and then building it for them?”