Brand of the Year: Skechers Go 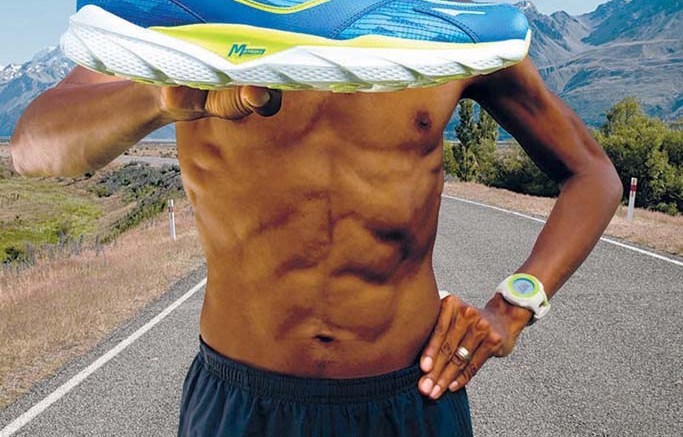 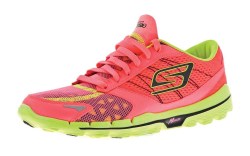 Skechers Go has gone a long distance in a short period of time.

Since entering the performance market two years ago with GoRun, the company has broadened the series to span training, walking and, most recently, golf. Now the firm’s athletic products have helped spur topline growth.

“We have key products driving sales in our performance lines for men, women and kids, and these success stories are translating to markets around the world,” said Skechers President Michael Greenberg, adding that demand for Go helped drive a 20-percent gain in net sales during the third quarter. “Across all divisions, we are firing on all cylinders, and we know we have the right product, creative marketing and distribution to build on our success for years to come.”

Still, getting Skechers Go off the ground wasn’t easy. Known more for its accessibly priced footwear, the firm had to make adjustments to start developing performance-based products.

“It took six months of working on philosophically changing the way we built shoes,” said David Raysse, VP of design for Skecher’s Performance Division. “We had to make it lightweight, and that became the benchmark for all the shoes that have come about from the line.”

The running collection also has expanded to include a signature line for brand endorser and Olympic marathoner Meb Keflezighi, who recently re-signed with Skechers through 2016.

“Having personally raced in the Skechers GoRun and set personal records wearing them, I can attest to the fact that the brand is hitting the right chord with this line, and they are what runners are looking for in a shoe,” Keflezighi said. “I am proud to have been an early adopter, supporter and ambassador since the launch, and I know this is just the beginning of what’s to come from Skechers Performance.”

Rick Higgins, VP of merchandising and marketing for the Skechers Performance Division, said the Go series is obtainable for the mass market, which explains its overwhelming success.

“We’ve brought innovation to the market at a price point that’s easily accessible for mainstream consumers,” he said.

A variety of marketing has garnered major buzz as well. During this year’s Super Bowl, the brand touted GoRun in a 30-second commercial.

And grassroots tactics have enhanced the strategy. Skechers participated in 12 Rock ’n’ Roll marathons this year and acted as the key footwear and apparel sponsor for the Houston Marathon.

“These have been significant for us because the core consumers have been easy adopters of our brand when we’ve shown up at those venues,” Higgins said. “We’ve been able to grow our specialty running account base. They see our willingness to be in this business for the long term.”

A Runner’s Mind in San Francisco and San Luis Obispo, Calif., just brought in the shoes last month after Skechers provided pairs for fun runs hosted by the store.

“In the beginning, I was hesitant when they approached us. Being a running store, you don’t want to lose credibility by bringing in any iffy product,” said Faisal Javed, store manager at A Runner’s Mind. “But we took it out, hammered out some miles and it was something I enjoyed running in and could stand behind. And the response [has been] positive: We put it on 30 to 40 people for a fun run, and two or three people actually wanted to put in orders that day.”

Raysse said that due to competition in the performance segment from more-established brands, making a name will take time for Skechers.

“When it comes to performance, you’re talking about purist consumers who are very knowledgeable and brand loyal,” he said. “We’re still at a point where many people don’t know that we make performance product, but we’re encouraged by the success we’ve had in a little amount of time.”

SportsOneSource analyst Matt Powell said he foresees Skechers’ walking segment as having the most long-term potential. The analyst estimated that GoWalk already accounts for about $300 million in sales for the brand.

“GoRun is a very credible performance product, but [those] retailers are difficult to break into,” Powell said. “Go-Walk is much more suited to the more traditional Skechers retailers — family footwear, moderate department stores — and that’s where the real success has been.”

Famous Footwear’s Jason Short, VP and DMM of footwear, said Skechers has capitalized on the idea for the Go series and created a whole stable of successful lines.

“Skechers Go, in particular GoWalk, has transformed the walking category overnight with our consumers,” said Short. “Skechers is able to take its Go technology across categories quickly. This benefit, combined with the shoe’s fashion sensibility, gives Skechers a great competitive advantage.”

Looking ahead, Skechers plans to enter more performance categories, as well as expand its golf line. Marketing also will ramp up next year, with a new digital campaign in partnership with Google and several TV spots with Keflezighi.

“We’ve just started to tap into the success of Go,” said Higgins, “and it will continue to grow for us as we expand into different categories in the future.”