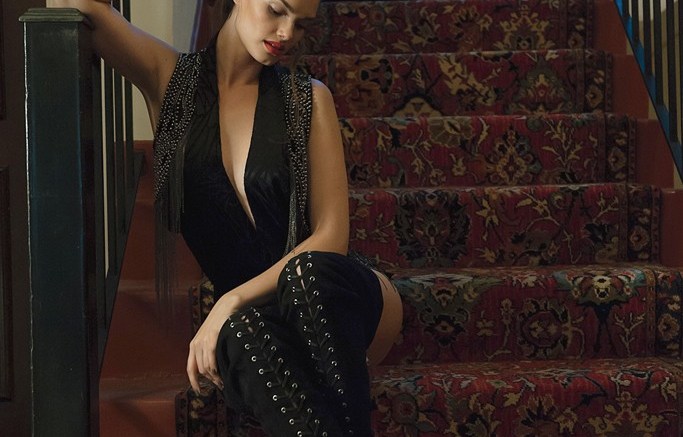 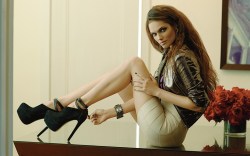 NEW YORK — Bebe Stores Inc. is in the middle of a major makeover, and footwear is a significant part of the revamp.

The Brisbane, Calif.-based brand took shoes back in-house earlier this year after a split from its former licensee, Titan Industries Inc., and a short-lived deal with Aldo Group. The move came after Bebe’s new CEO, Steve Birkhold, took the helm in January and a flurry of other hires followed.

The first offering under Bebe’s new leadership and marketing strategy hit retail this fall, but holiday ’13 marks the larger relaunch of footwear, according to Birkhold, who was most recently CEO at Lacoste North America and also the former head of Diesel USA.

“We are going back after footwear in a strong way —expanding the assortment, the breadth of product and covering all the different categories, from pumps and party shoes to sandals and boots,” he said. “We really want to make sure we deliver on our promise of sexy across the board.”

Birkhold added that the footwear, which has a heavy focus on fashion-forward platforms, is on target.

“We got a little off track, where our styling got a little conservative,” Birkhold said of prior collections. “Our platforms got a little shorter and we weren’t aligned that much with our apparel offering. We are going to go back [to a cohesive look].”

Brigitte Bogart, who rejoined Bebe in February as EVP of design and product development — she previously was at label from 2001 to 2009 — agreed: “We are very excited about our future in our footwear and non-apparel business.” She noted that Bebe shoes will continue to be manufactured primarily in China and Brazil. They also will retain their current retail price range of $98 to $248.

The aesthetic of the collection is congruent with the brand’s nightlife-centric “9 p.m. to 5 a.m.” marketing campaign that kicked off with a star-studded overnight soirée in New York in August.

The event, held at Provocateur in Manhattan, attracted a number of celebrities, including model Nina Agdal, who is featured in the campaign, Coco Rocha, Ciara and unexpected drop-ins Leonardo DiCaprio and Russell Simmons.

“We are creating a brand image that is built on what we do best,” said Bebe’s SVP of marketing, Keith Keegan, who joined the firm in May. “We want our brand perception to be that Bebe is best at sexy. Simple as that.”

Another big change for the firm’s footwear business involves an overhauled distribution strategy.

In the past, Bebe footwear has been carried at major retailers such as Macy’s, DSW and Amazon.com, but after fall ’13, the label is putting wholesale on hold. Instead, its shoe line will be available exclusively on Bebe’s websites and in its 200-plus branded brick-and-mortar locations, which span 22 countries.

Birkhold said that overseeing footwear internally will improve both brand continuity and speed-to-market.

“Aldo actually came to that conclusion — and we are still on very friendly terms [with them] — that we were better off doing it directly with our suppliers,” he said.

“We have to be fast, affordable and aligned with the rest of our collection,” Birkhold added. “We are designing so we can deliver quickly. As a vertical retailer, we don’t have to go to market and have a showroom and do the trade shows. Once we get the formula right and we have success in our own stores, we’ll definitely go back into the wholesale marketplace.”

As part of the overall brand transition, Bebe boutiques are headed for their own transformation, designed in part to better showcase footwear and accessories. Birkhold declined to share details about the new concept, but revealed the project is near completion and will affect all categories.

Looking ahead, Bebe also plans to add more diversity to the product mix, including career and casual styles. “Footwear is incredibly important. It’s a substantial opportunity. We are definitely on track to reignite it back to historical levels,” Birkhold said.