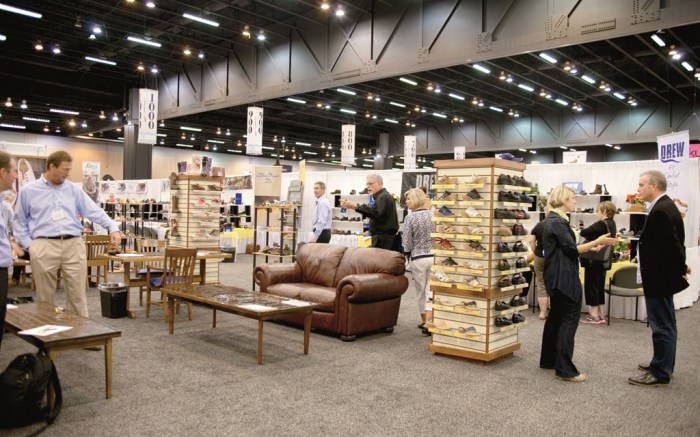 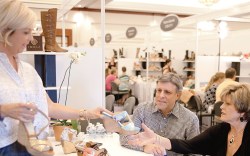 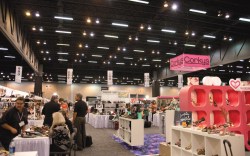 With more than 3,000 retailers and 1,800 brands scheduled to attend, the upcoming Atlanta Shoe Market expects another robust crowd.

The 68-year-old, twice-annual event, sponsored by the Southeastern Shoe Travelers Association, has almost doubled in size over the past few years. The next installment, set for Feb. 23-25 at Atlanta’s Cobb Galleria Centre and Renaissance Waverly Hotel is sold out. The Colour & Trend breakfast seminar on Sunday has generated the event’s largest number of retailers pre-registering for the session.

“We have been fortunate in this confusing economic time to have a trade show that has not only survived but has [expanded],” said Atlanta Shoe Market’s executive director, Laura Conwell-O’Brien. “The economy is the No. 1 issue facing everyone attending the show, both on the manufacturing side and the retail side.”

Even so, she attributed the show’s growth to a cost-effective approach and a large array of categories, as well as the arrangement of booths. “The layout of the show is very efficient and simple, and everything [is] well categorized,” said Conwell-O’Brien.

That layout was changed last year, with the addition of more than 100,000 square feet of exhibition space, along with dedicated areas such as a workboot section. “We are totally maxed out [at] our current facility,” Conwell-O’Brien said. “We have been proactive in using every square foot of space in the convention center, including existing mall stores where companies such as Camuto Group, Frye, Toms Shoes and Jeffrey Campbell exhibit.”

Conwell-O’Brien noted that, due to recent growth, the lack of space will be a continued challenge. And while no changes are currently slated, she said organizers hope to relocate the event to a bigger exhibition location in the future.

“We are looking at a larger facility but are being very careful because the economy is very volatile,” she said. “In addition, our attendees — both vendors and retailers — love the current facility and are not in favor of moving, so we also have taken that into consideration.”