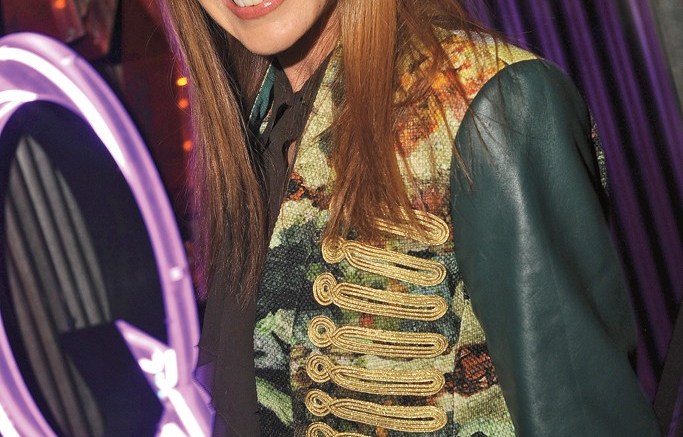 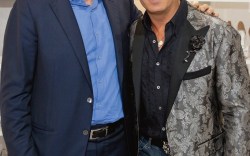 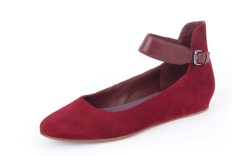 The company last month signed on as Nicole Miller’s footwear licensee, with product set to launch for spring ’14. At the same time, Antebi, which also has the global license for the Paris Hilton brand, is gearing up to launch contemporary line Kooba for fall ’13 (the licensing agreement was signed last year) and recently unveiled the David Tutera Bridal label for spring ’13.

With the brand count now at four and a focus on marketing celebrity and designer personalities, CEO Joe Antebi is projecting a 15 percent to 18 percent spike in company sales following the additions.

“Nicole Miller is an iconic designer and a well-established brand. We feel like this is something we can run with for a very long time,” said Antebi, who founded the firm in 2007. “It complements our company portfolio.”

The Nicole Miller debut will feature about 25 styles, including bridal, evening, special-occasion and daywear looks. Prices will range from $145 to $375, and the brand is targeting its current retail accounts for ready-to-wear, including major department stores. The styles also will be featured on the Nicole Miller runway during New York Fashion Week in September.

Bud Konheim, CEO of Nicole Miller, said that the time was right to transition the brand, which previously worked with Camuto Group on shoes.

“The secret to any collaboration is to capture the aesthetic and direction that designer is going in. It’s about fitting in with our aesthetic,” he said. “The shoes are important to the brand. They are not just an accessory for Nicole.”

Antebi also is planning trunk shows and in-person events for Nicole Miller, as well as the David Tutera brand, which has had a strong start selling at Nordstrom and Zappos.com.

Zappos launched David Tutera on the site in March. Special-occasion buyer Angela Gonzalez attributed the line’s success to its wide variety of styles and the celebrity wedding planner’s name.

“It is a fun, yet classic line for the bride, and it can provide a splash of color and sparkle for anyone to wear during a special evening,” Gonzalez said. “The [brand name] gives the customer an emotional connection and a story to tell when wearing the shoes.”

Antebi noted that the positive response to that label will help with the launch of Nicole Miller, which also features bridal styles.

“Nicole Miller is just a complement to the David Tutera line,” said Antebi, who added that Miller’s higher price point and different consumer will set the brand apart. “The [goal] is for mother and daughter to shop this line together. Nicole has a very strong following.”

And later this year, Kooba will debut at a price point of $195 to $550, on Zappos and in independent boutiques. The leather line places Antebi in the contemporary category.

“The brand is known for its great leather handbags, and we will be mimicking the same leather for the shoes,” said Antebi.

For all the brands, international expansion will be a large focus in the future. The company sells in 30 countries and is making a push for more territories across Asia (with the core accounts in China).

“[Production] prices are going up and it’s a difficult time, but there are better sources to use polyurethane in factories now,” said Antebi. “If the design is done right, there can be a really strong opportunity there.”

The company is using events to introduce the different brand personalities. “When you have designers and celebrities involved with the brands, they all love to promote,” Antebi said. “It is really important for us to tell the brand story and make personal appearances.”

But negative press can happen, too. Controversial stories have followed Paris Hilton over the years, and Antebi said the experience has helped him focus his business.

“She’s definitely been a victim of [negative] media coverage, but as time passes, it gets better,” he said. “The line is still performing really well because people [recognize] her name.”

Ultimately, Antebi said, his portfolio will expand when the time is right.

“We’re a very young company, and we’re continuing to seek growth,” he said. “There has to be a void for that specific brand within the company portfolio for us to fill it, but we’re always looking for niche brands.”