All Eyes on Iris 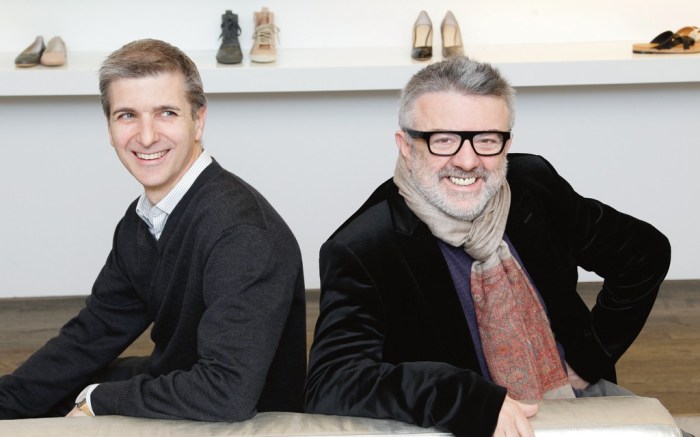 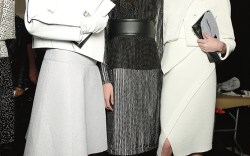 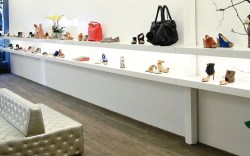 Iris is looking to the future with a new viewpoint.

After a six-year, two-part acquisition process, the 23-year-old Fiesso d’ Artico, Italy-based company is now wholly owned by Italian manufacturer Gibò Co. SpA, which will provide access to capital and opportunities for expansion. And it is already on the move with a new Venice-based factory, which bowed in July 2012 and will benefit Iris’ roster of licensed footwear brands, including Marc Jacobs, Nina Ricci, Proenza Schouler, Chloé and Michael Kors.

As a result of the acquisition, Iris’ North American division was absorbed into Gibò’s U.S. arm, now named Onward Luxury Group Inc. However, the firm’s European distributor, factory and worldwide stores will keep the Iris moniker.

“[Gibò’s] long-term project is to develop Iris and grow the company,” said Onward Luxury Group President and CEO Brooks Tietjen, noting that the Venice factory unites Iris’ design, manufacturing, warehousing and other operations. “They saw the opportunity for more efficiency [through] working with the same operations all in one building.”

Next, Iris aims to expand its retail footprint in both Europe and the U.S., which is the firm’s most important market, according to CEO Silvio Galimberti. “We don’t have a clear, defined strategy for retail expansion, but we are testing [different markets],” he said, noting that Iris has branded boutiques in New York, Milan, Paris, Moscow and London. “At the moment, the wholesale business is our main pillar, but all [our stores] are doing quite well, so we want to [have a larger presence in the branded-boutique channel] of distribution.”

Iris’ business was ripe for evolution on all fronts, given its upward trajectory over the past several months, Galimberti said. The firm, which is valued at about $80 million, saw 10 percent overall growth during 2012. “What we are seeing in the past year — the past two seasons — is that the company is maintaining consistent growth,” noted Galimberti. “It is [just barely in the] double digits, but we are still quite happy about that, considering the overall situation of the economy right now. We believe there is a lot of potential in Iris, so we needed a better, stronger platform to get ready for the years ahead.”

Iris also has garnered new design partners recently. For fall ’13, the company produced footwear for 11 runway collections, including Rodarte and Proenza Schouler, both of which signed licensing deals with Iris last year.

“[Iris] shows incredible commitment to design and quality,” said Shirley Cook, CEO of Proenza Schouler, which inked its deal with Iris in December and sent the revamped shoes down the runway earlier this month. “We are thrilled to be working with [the company].”

One of the draws for designers is a close collaboration with Iris’ founder and president, Giuseppe Baiardo.

Added Galimberti, “Giuseppe’s strength is his ability to work with so many different types of designers and creative processes. Each designer has his own way of approaching a project. Some are coming to the factory with sketches, some with shoes, so we have to adjust to that and try to understand what is behind each of the designs. We have to be flexible.”

Still, working with so many high-end labels can be a challenge. Tricky areas include rebuilding relationships from scratch every time a new creative director is named, realizing technically complicated visions and connecting with designers on multiple levels to ensure transparent communications. “The critical issue is not how many [designers] there are [under the Iris umbrella], but whether they are professional and talented enough to give us clear direction in terms of design, styling and how they want to position the collection,” Baiardo said, noting that Marc Jacobs, which has been a footwear partner since Iris’ inception, is one brand with a seamless process. “We look at all the designers as artists, and if we don’t get to understand each other deeply, in the end the collection will not be there.”

The overall footwear market holds its own set of hurdles for Iris. “Fashion continues to move and change,” said Baiardo, who, in addition to his duties at Iris, serves on the board of directors for the Shoe Polytechnic school in Italy and has mentored students through Parsons The New School for Design. “It’s never fixed, so it requires you to keep [advancing technologically]. Our structure is quite technical, but every day there is another designer who has tremendous potential within the industry and is evolving with [technology].” Baiardo listed 3-D printing, something the Venice factory is already exploring, as an important ability in the future of footwear production.

The U.S. division has had to adapt to a changing department store landscape. “We’ve seen that business rapidly expand over the last few years, and shoes have become one of the strongest growth categories for [major retailers],” Tietjen said. “They are all moving quickly to maximize omnichannel distribution opportunities and sales. I don’t see it slowing down. We have benefited from it, but we find that we have to react quicker to customer tastes and trends. If we see a shoe that is working, we have to get back into production very quickly because of the more concentrated sales.”

That can be difficult given the artisanal and expensive nature of the production process, and the manufacturer has a relatively small output of 1,950 pairs each day, divided between the Venice headquarters and a secondary factory in southern Italy. “Each shoe has a minimum of 100 components, and each pair is touched by, more or less, 500 people before it comes off the assembly line,” Baiardo said. “The price of the shoes in the market is not reflecting the complexity of the process of design and production, materials and craftsmanship.”

Yet the firm is staunchly devoted to manufacturing in Italy. “It is absolutely worth it,” Tietjen said. “When you have something produced in Italy, the cobbler puts a little bit of his own creativity into the prototype, elevating the quality. The shoe actually changes from [the original design] in a way that is more technically correct and aesthetically more beautiful.”

Galimberti added that although Iris has its eye on several up-and-coming designers, the company is not seeking additional accounts. “At the moment, we are not planning to expand [our designer portfolio],” he said. “Iris made 13 [runway and retail] collections for fall ’13, which is quite a big number. The waiting list is also very long.”