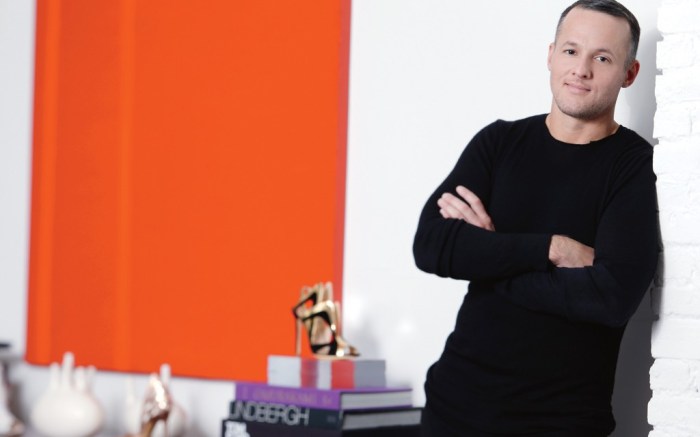 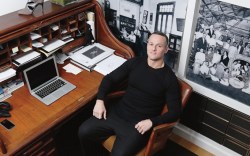 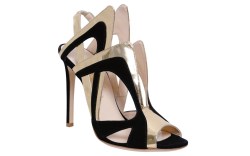 After six years in the footwear industry, Alejandro Ingelmo has built a solid business, but he’s still hungry for more.

“I’m always open to new ideas and thinking outside the box,” said the designer, who hails from four generations of cobblers. “My philosophy is [about] always wanting to do more.”

Ingelmo has a full agenda for 2013, including plans to open a second U.S. store, although he was mum on the location. He also is focused on growing his two new collections: Made in Maine, an updated take on men’s and women’s loafer styles that are manufactured in Brewer, Maine, retail at $475 to $800 and have been picked up by Barneys New York, Neiman Marcus and Harvey Nichols; and Ingelmo, a heritage collection that will bring back “classic” women’s styles from past seasons in new colorways and materials, and retail from $200 to $500.

The designer’s main, made-in-Italy line, which is stocked in 80 doors worldwide, retails from $495 to $1,950 and ranges from stiletto sandals to neon high-tops, all with a downtown-chic edge. While it remains relatively small, the brand has garnered hearty praise from the industry. The designer was nominated for the CFDA Swarovski Award for Accessory Design in 2011, two years after receiving his first nomination. He also garnered a nomination for the CFDA/Vogue Fashion Fund Award in 2008 .

“We have [carried] Alejandro’s collection from early on,” said Elizabeth Kanfer, Saks Fifth Avenue’s fashion and co-branding director of accessories. “He has always been at the forefront of fashion design in the footwear community, [and] over the last three years we have seen tremendous refinement in his quality and craftsmanship.”

Raising the bar each season has definitely been a challenge, Ingelmo said, especially given that the brand continues to operate independently in an uncertain economy. “It’s important to just move forward,” the designer said. “I don’t want to sound cheesy, but that’s the American way of thinking. If you want to do something, you get up and do it. You have to have that type of attitude to get out [of tough times].”

In addition to his own offerings, Ingelmo made headlines last month when he struck a deal with NBA star Dwyane Wade. The designer will serve as creative consultant for special projects on an athletic-inspired lifestyle footwear brand produced by Wade and China’s Li-Ning Co., set to hit retail in the spring. “The Dwyane Wade partnership is huge,” Ingelmo said. “I thought it was a great opportunity. We are starting off with two styles, and we’ll put them on the market, feel it out and see what will come from that.”

Here, the designer reveals his plans to take the brand to the next level.

What are some of your big goals for 2013?
AI: It’s the right time to start [thinking about] investors. I’ve been approached in the past, but I’ve always said no. This year is about rethinking that, seeing where we are and [deciding] what kind of growth we want in the next five years. And we definitely want to expand on our e-commerce, so we are talking about re-launching our website and adding more social media, interactive [elements] and [brand] information. I feel like we’ve passed the six-year mark, and for a shoe designer, that’s a really long time. It’s the right time to grow.

You also launched Made in Maine, your first domestically manufactured line. What was the thinking behind that?
AI: I took a trip back to Cuba [over the summer to visit the site of my grandfather’s shoe factory, Ingelmo Calzado]. He was Spanish, and he took what he learned from his grandfather to Cuba and incorporated that into the country that became his home. Made in Maine is the same idea. I wanted to root what is in my family here in the U.S. I’m one hour away [from the factory in Maine], so I can get on a plane and go spend time there and talk to the people there. I want to experience that more in what I do. I’m passionate about it, and I hope it becomes something bigger. American manufacturing [has dramatically dropped off], and it is really a shame because some of the best-crafted shoes are made in the U.S. It’s important for big companies to come back here and help support manufacturing in the U.S.

You have been increasing your men’s offerings at a steady rate. How important is that category?
AI: Men’s has become half of our business, [whereas] it used to be 20 percent, so we have seen a lot of growth there. We want to keep moving that forward. Made in Maine will help by taking it more into the dress-casual world. Men’s was harder at the beginning, but it’s the strongest now. They really are loyal customers. Women — I love them and I love to make them look beautiful and sexy, but at times they can be less loyal. It’s interesting because it can be the opposite in relationships.

Are there any other categories you want to enter?
AI: I would really love to expand into children’s, but I have to find the right partner because I don’t want to do it on my own. I have the men’s, I have the women’s and to find that little family who just had a baby and put it in a little Tron sneaker would just complete the picture.

Are there also specific pressures that come with being a retailer?
AI: Yes. Inventory levels, space — it’s hard. It’s something I never had to experience before. My office is [attached to] the store [in Soho], so it has been great for understanding the customer and being close to the product.

You have increasingly drawn inspiration from the athletic world, and now you are working with Wade on his fashion sneaker line. Why are fashion and athletic becoming so intertwined?
AI: I have been doing that for a long time, and it has always been [ingrained in] my aesthetic. When I was younger, my mom used to make me wear dress shoes and I always wanted to wear sneakers. I also used to collect sneakers before I started my own brand. It’s cool to cross the two worlds together. I love the idea of dress-casual. [Industrywide], in the last 20 years [fashion and athletic styles] have been coming closer and closer together. I see it going even further, where it will become even dressier.

Where else do you find design inspiration?
AI: Architecture. I wanted to study architecture at one point. I’ve always found it very interesting. Sometimes inspiration can come from just a shape. For example, for spring ’13, it was about a boomerang. The whole idea was, how can I take this shape and incorporate it into what I do? How do you make it into a collection? For fall ’13, I’m rethinking certain forms and shapes.

How important has celebrity support been to building the brand?
AI: We just had an amazing credit with Rihanna [partially] naked, [wearing a pair of Alejandro Ingelmo black velvet Toby sneakers in the December issue of GQ]. My first major press was when Bruce Weber [photographed] Lara Stone for W magazine [in 2008], totally naked in a pair of the 140-millimeter heels with a super platform. I look back at that and I think about how far I’ve gotten, and the press followed. Those are iconic images, and it is such a telling point in my career [regarding] what I’ve done and where I’m going. I was known for the strappy-ness and that aesthetic, and it is really interesting because three years later, it’s Rihanna in sneakers.

Besides your family, who do you admire when it comes to footwear design?
AI: I look at Ferragamo and what he did in his time, experimenting with different materials. He was an innovator, and I look up to that.

Your parents are still in footwear. Are they proud of your success?
AI: Yes. They are both [in footwear distribution] in Miami, and my mother just came to my store for the first time. They both bought a pair of shoes. It was nice to have lunch with them and see them in my shoes.