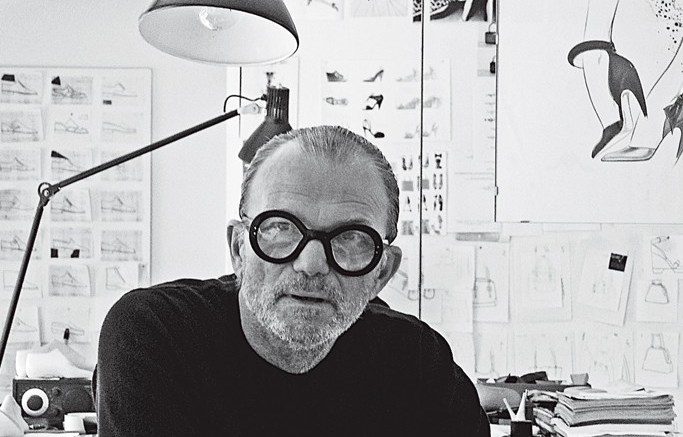 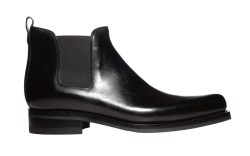 The designer, who spends much of the year in Italy near his factory, takes full advantage of the local lifestyle — including long lunches and a nap here and there. But the 71-year-old also is hard at work, creating full women’s and men’s collections each season.

“I am retired all my life because I like what I do,” said Steiger, known for his signature curved heel. “When I design a shoe, it’s a moment of satisfaction. I still love to do this.”

Starting with fall ’13, Steiger will begin to wholesale his men’s footwear in the U.S. (the women’s collection is already offered in Barneys, Neiman Marcus and Bergdorf Goodman, among other stores). Until now, the men’s shoes — with an average price of $1,500 — had only been sold in Steiger’s made-to-measure atelier in Paris and in his branded boutiques.

“In the 1990s, I used to send a lot of shoes to America, and 10 years ago, I decided not to wholesale anymore because I had my shops. I said, ‘Why should I wholesale? My business is good. I don’t need to,’” the designer said. “My goal is not to be the biggest, but to be the best. So I stopped wholesaling. But when my sons came [into the business in 2009] we decided to wholesale again, and now we are already in the best places. It’s a new adventure, which is nice.”

The brand, which turns 80 this year, also recently appointed a U.S. general manager, Natascia Randelli, who joins Steiger’s sons, Paul and Giulio, on the business side.

Here, Steiger weighs in on goals for his brand, designing for men and women, and why he prefers to look to the future rather than the past.

What does your label’s 80th anniversary mean to you?
WS: It’s a guarantee of tradition, but at the same time I always look forward. I don’t like retrospectives. I hate fashion museums. I hate — that’s a big word — I don’t like this because I remember in the 1970s, there was a big retrospective of Balenciaga in New York. When I arrived in Paris [in the early 1960s], he still worked there and I remember what he had done. I went to this retrospective at the Metropolitan Museum of Art, and I was disappointed. Fashion is a moment. If you look back, the things you loved 10 years ago, you think … we make things today that I wouldn’t accept 10 years ago. This is the difference for me between fashion and art. Fashion is not art. Fashion is each season [being] right and [knowing] what people like at this moment. This is why I don’t go back and I don’t think back.

What elements are most important to your designs?
WS: It’s three things: fashion, line and fit. This makes good construction. You start always with fashion, [then] line and fit. If you start with fit, you don’t arrive at a nice product. And you have to [have] the line and be able to make fittings.

How is your approach to designing for women different than for men?
WS: My approach to women’s shoes is totally different than with men’s shoes. [The men’s shoes are] innovative, but they’re also shoes for men, not for crazy people. Men like something more particular. I don’t make fantasy shoes. The more simple [the design], the better it is in men’s.

Do you expect the men’s shoes can ever reach the level the women’s shoes have attained?
WS: Yes, because we’ve only seen [a few retailers], but the reaction was so positive. I think the people who buy for men don’t find new things often. [When] they see [our] shoes, you see their enthusiasm. You never know, but because of that, if we don’t make mistakes, tomorrow we can be considered the top product in America or the world. It’s the quality and the style with tradition.

What are your future goals for your business?
WS: We are a family company. I never had the goal to grow or be the biggest. I like to make the best product for men and women. And of course, the goal is to have success with this product and to sell, but I never in my life make a plan.