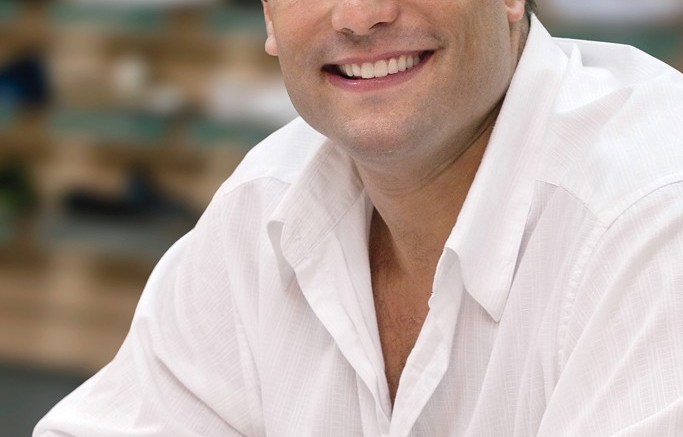 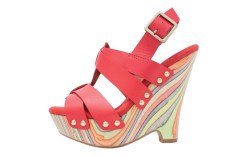 True to its name, juniors’ brand Vogue launched in 2011 with the objective of delivering trendy fashion in the contemporary market, translated into edgy silhouettes and different materials.

Now the label, owned by St. Louis-based Elan Polo International, is building awareness through pumped-up marketing and partnerships, and aims to launch tween line Miss Vogue for spring ’14. The new label will debut with about 14 styles, priced from $19 to $49.

“New brands can be tentative, but we know what direction we’re going to take and we’re comfortable, so we’re growing,” said VP Jamie Bethke, who joined Elan Polo in 1997 after a short stint selling women’s shoes at retail and a long career playing baseball in the minor leagues for the Texas Rangers.

According to Bethke, Vogue anticipates about 30 percent sales growth in 2014 over this year with the addition of the new line.

“We felt that the junior and tween product are somewhat symbiotic,” said Bethke. “There is demand, and we see it as a great opportunity.”

The brand also is involved with The Stitch Factory, a fashion studio and education center that’s part of Zappos executive Tony Hsieh’s Downtown Project in Las Vegas. Vogue staff has mentored young talent at the space, dubbed a “fashion incubator.”

For the spring season, Bethke said the main collection has further defined its customer and expanded with a very specific inspiration: 1970s Miami.

“We had a lot of fun with the spring line,” he said. “It has a lot of flirty details. Knowing we were going after that time period, we used a lot of great fabrics and catchy prints.”

With price points of $99 to $249, Vogue attempts to remain affordable. “Price is always important,” Bethke said, “but we also feel our [consumer] is going to be driven by an emotional connection to the product and how she wants to look. If it’s important to stand out, the [product] is worth the price.”

Aside from retail price, how is Miss Vogue different from the main collection?
JB: The Vogue line is more young professional; it’s for an independent woman. That [woman] has some disposable income — she’s spending her own money and is in charge of her own life. Miss Vogue is for girls who are not ready for women’s footwear. It’s age-appropriate product for tweens.

What do you think about the Vogue name and the connection it implies?
JB: Vogue is such an interesting and wonderful name, but there is no connection to the magazine. It’s just the definition of being on trend. The name is [well received] and [urges buyers] to come and take a look.

What have been your biggest challenges as a young brand?
JB: The last couple of seasons for retail have been tricky, getting to know all the players and making connections. At the beginning, we didn’t have any history, but everything is starting to come together. It’s important to keep reminding ourselves that we are young and new, and we have to keep that in perspective.

Have you had to take any major risks as you build the brand name?
JB: Almost everything we do is a calculated risk. I don’t think anyone would call the fashion industry safe. It is sort of like having high-risk stocks. There are often new countries of origin for production, and there can be risk in that. The line is produced in China, but we’re looking for new countries. We’ve tried a little of everywhere, because that’s what the competitive set has done.

How has Vogue benefited from its relationship with Elan Polo?
JB: Our international presence is so helpful because we have sales offices and design offices all over the globe. In terms of trend information and what’s going on throughout the world, that information is traded daily throughout the company. We’ve been around since 1976 and are employee-owned, so surrounding yourself with people in the business who will help you grow is outstanding.