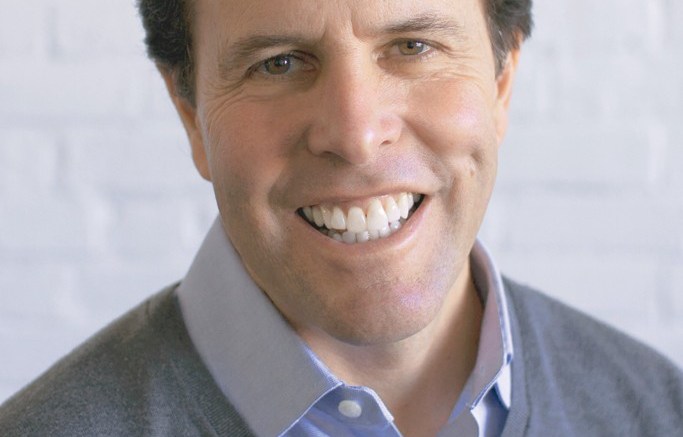 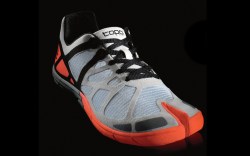 Since stepping down as president and CEO of Vibram USA last July, the executive has started a natural motion-focused athletic line for men and women — Topo Athletic — which will show for the first time at Outdoor Retailer in Salt Lake City this week.

Post, who spent 11 years at the helm of Vibram and helped launch the FiveFingers line in 2006, said Newton, Mass.-based Topo grew out of his desire to take the market in a different direction.

“I wanted to start a business and explore a new concept in the athletic footwear space — not a minimalist shoe, per se, not a FiveFingers-type product,” he said. “I wanted to take the body’s natural biomechanics and amplify them so you get more out of your run or your workout.”

The result is a running and training line separately lasted for men and women that is set to deliver to specialty accounts in May. The $100-to-$130 styles include two running shoes — the RR, which uses the steel-cable-and-reel Boa closure system; and the RT, with traditional lacing and more underfoot protection — and the RX, a shoe for gym use with a strap over the midfoot for a more secure, more customizable fit. Each look is made with a zero-drop, lightweight construction and a broad toebox to allow the foot to spread. Most distinctive, though, is the shoes’ split-toe tabi design, which isolates the big toe and is taken from traditional Japanese footwear.

After incorporating the business in August, Post tapped his connections in the private equity world to bring the project to life, eventually securing $5 million in financing from Palo Alto, Calif.-based Norwest Venture Partners, a firm that typically invests in technology and software.

In addition to the shoes, Topo will launch three sock styles with sockmaker Injinji, meant to work with the tabi footwear design.

Here, Post sounds off on the new design, the minimal movement and working for himself.

How did you decide on the concept behind the split-toe design?
TP: One of the challenges I found with a roomy toebox and shape is that whenever you’re doing an athletic move, the shoe sometimes can feel a little sloppy, a little disconnected from your foot. It’s not the same secure feeling [as a more standard shoe]. We wanted to get that feeling that people like, more like [the shoe] is a part of your body. The tabi shoe is a 90-year-old design, but we took a modern approach.

How does the tabi design create that connected feeling?
TP: It did two things: It frees the big toe, which is critical for balance, agility, stability and control and is a key power source for pushing off; but the second and more important thing the tabi fit did was create an anchor point further down in the forefoot. So [the shoes] didn’t have to push all toes together, but it keeps you securely centered in the shoes.

Barefoot shoes are sometimes criticized for appealing to a small, niche market segment. Do you expect Topo to have more mass appeal?
TP: Because they’re lightweight, [the shoes] probably are going to attract a wider consumer audience. And we know running and fitness training are core to any athletic training program. It’s not just for runners or CrossFitters. Running and fitness are a part of [most athletes’] lives. A couple of accounts have said they’re intrigued by the concept, and the shoes look so commercial, so it’s not as much of a leap. With some [minimal] shoes, you are … sacrificing something in terms of style or fashion. [We think] these look great, which opened up the territory for a lot of people.

Does working for yourself change the way you operate?
TP: [No.] My approach has been to build the business, and anyone who followed the way I worked at Rockport or Vibram would understand that. We look for the right partners, for people who believe in the concept — that’s the No. 1 rule for us. Whether or not it’s your business, most people who work for a company try to treat it like it’s their business. I don’t [spend time] thinking every night that I’m a shareholder; I think more about trying to make sure we’re making product that delivers a meaningful experience.

Do you consider Topo to be part of the minimalist movement?
TP: This is not a minimalist product, but it takes some of the best characteristics of minimal and of lightweight. It incorporates one of the best features of minimalism — that feeling of being nicely connected to your environment. And lightweight continues to be an important product value. We’ve taken a fresh, modern approach to a traditional concept and carved out a new space.