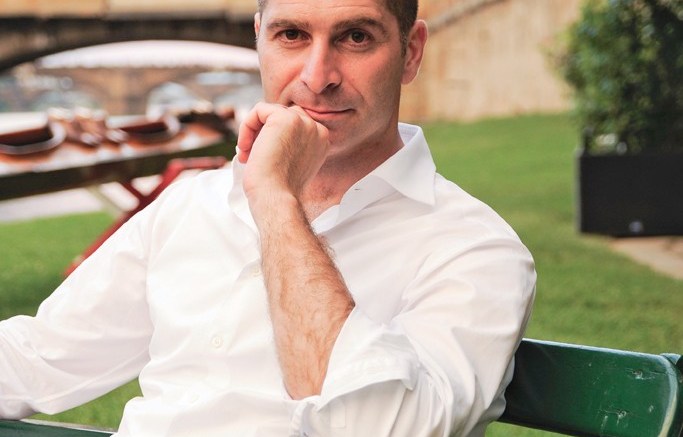 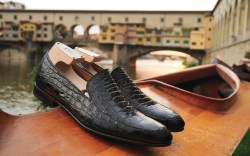 Since the appointment of Francesco Pace as CEO last December, Italian footwear label Sutor Mantellassi, whose origins date back to 1912, has been going through a renovation.

The label, which was acquired in 2010 by Korean giant E.Land World Ltd. (owner of K-Swiss and OTZ Shoes), unveiled its men’s spring ’14 collection at June’s edition of Pitti Immagine Uomo in

Retailers that carry the label include Bloomingdale’s in New York, Podium in Moscow and Babochka in St. Petersburg, Russia, among others. The firm also operates two branded boutiques in Florence and Milan.

Here, Pace discusses the company’s new strategy, its target customers and why dealing with a multi­billion-dollar group is no big deal.

What’s the strategy behind the relaunch of Sutor Mantellassi?
FP: The relaunch of the brand started from a deep analysis of the story of the label. Our goal is to safeguard Sutor Mantellassi’s tradition and at the same time transmit and communicate its luxury spirit. We searched the archives to rediscover the brand’s must-haves, which we revisited in a modern way, making the structures and proportions more contemporary. We also are focusing on the refined techniques that have always characterized the label, including the hand-done Norwegian stitch, [a special way of attaching] the upper to the insole. To deliver a real artisanal product, we also use crust leather, which we finish in-house.

What are you doing to boost business?
FP: The company is earmarking huge investments in the retail business because we think stores are fundamental [and garner] clear feedback from the market. In Italy, Sutor Mantellassi has two stores, one in Florence and one in Milan, [the latter of] which we opened last year on Via Montenapoleone to be our window on the world. In addition, the company is inaugurating a door in Shanghai this month and another in Kiev, Ukraine, in September. We also are debuting two boutiques in Shanghai in February and May 2014. If the first feedback from the Shanghai flagship is good, we might open a store in Beijing.

What is working within a huge company like E.Land like?
FP: E.Land is one of the most powerful groups in the world. It posts revenues of $10 billion, and between China and Korea it owns about 6,000 stores. Compared with other similar groups, its peculiarity is that it is not only [made up of] investors, but it is interested in the industrial development of the companies it acquires. In the case of Sutor, E.Land really appreciates the brand’s craftsmanship and understands the importance of keeping the entire production chain in Italy.

Who is the label’s target customer?
FP: With our collections, we are able to reach a wide and varied audience, but our customers share the ability to recognize extremely high-quality products. In our stores, we have loyal customers aged 20 to 70. Handling that kind of variety is not always easy because we have to interpret a lot of different messages.

Your customers seem to be pretty demanding. What are you doing to keep their interest in the brand?
FP: Because our customers are always looking for unique luxury products — crocodile shoes are our best-sellers, for instance — we are going to launch a made-to-measure service. Starting in September, our clients will be able to customize our iconic styles — choosing the leather, colors and details. Shoes will be delivered in about four weeks. With the spring ’14 collection, the made-to-measure service also will be extended to more styles and be available online.