5 Questions for Stefan Dahlkvist of Moods of Norway 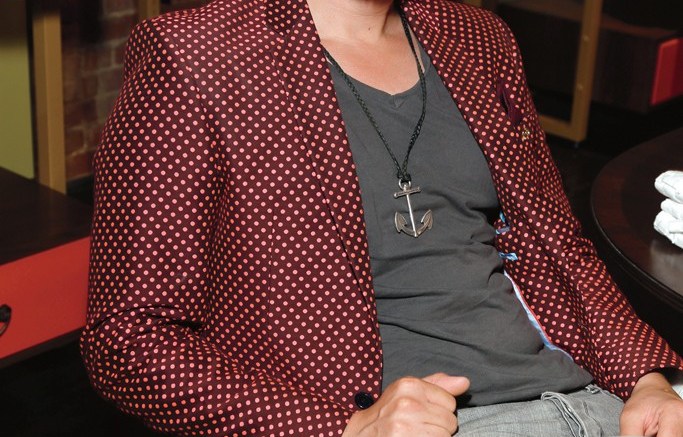 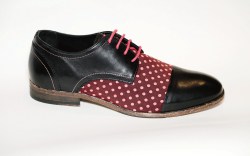 Moods of Norway is making shoes a priority. Coinciding with its 10th anniversary this year, the whimsical Norwegian lifestyle brand launched its men’s footwear collection at wholesale in the U.S. for spring ’13, with Amazon.com and Nordstrom among the first to jump on board.

Previously, footwear, introduced in 2009, had been sold in the States exclusively in the brand’s two retail stores in New York and Los Angeles. According to Stefan Dahlkvist, co-founder and president of the U.S. division, a third location is set to bow in September in the Mall of America in Minneapolis.

“We’re a colorful, fun-loving, playful brand, and that translates well into accessories,” he said. “We’re a little bit louder and willing to take risks. The most fun thing about the brand is it has no boundaries.”

Fall ’13 represents the brand’s biggest shoe collection to date, consisting of 38 SKUs including tri-color wingtip boots, polka-dot laceups, speed-laced sneaker boots and chukkas on ripple soles. Retail prices range from $249 to $699 for boots, with $279 being the sweet spot.

Looking ahead to spring ’14, Dahlkvist said the shoes will incorporate even more pops of color. “We need some sandals, but mostly we’ll keep the styles that are successful so far and build on that,” he added. “As a new [footwear brand], I don’t believe you can jump back and forth too much. You have to build a solid base.” A full women’s footwear collection could also be in the company’s future.

The U.S. accounts for 5 percent of the brand’s global business, with the potential for the market to hit $50 million within the next five years. Footwear represents 10 percent to 15 percent of sales, according to Dahlkvist.

Here, the executive talks about the synergy between footwear and apparel, and the challenges of maintaining the brand’s DNA.

Why did you decide to get serious about shoes now?
SD: What really triggered it was Nordstrom coming to us at Project. They felt they were ready to give [the brand] a try with shoes first. As a [retailer with Swedish roots], it goes well with Moods being a Scandinavian company. Hopefully, we’ll do well there, continue with more shoes, then add on the other layers. [Shoes] are a natural extension to other parts of the collection, [such as] woven shirts and jackets. [Being] a European premium lifestyle brand, it’s important to be represented in all categories.

How important is footwear to a man’s overall style?
SD: With the right kind of shoes, you can perfect a look. It’s interesting for us because we can offer [footwear] that’s more fun and colorful to go with our basic suits, for instance. We’ve [always] been a very colorful brand. We’re happy [that now aligns] with the [trends in the men’s] market. In New York, men like to wear suits that are a bit darker, [so they] can have fun with colorful shoes. We believe people dress according to their moods, so we want to offer different clothes for different moods with a piece of Norwegian history and tradition. Moods can be a little more somber — black and toned down — or flamboyant floral suits.

Who is Moods’ target consumer?
SD: We appeal to people in creative fields [such as] marketing and advertising. They enjoy a little extra detail or flair in their clothing. We always make sure to integrate some fun details. It’s anyone who has [their own] mindset and doesn’t take themselves too seriously. We design one collection and then edit it for the U.S. market, but it’s the same concept.

As a newer shoe label, who is Moods’ key competition?
SD: We compete against everyone. We go up against Paul Smith, Ben Sherman, Ted Baker and other quirky European brands. But it’s all about focusing on creating good value and brand awareness. [When putting the line together], we looked at Prada, Gucci and those kind of brands. But we can’t compete at that price level. The focus, especially in the U.S., is about shoes to go with [our] shirts and jackets.

What has been the biggest lesson in designing footwear?
SD: We visited the shoe factories ourselves, but also added people to the team with more [footwear] expertise. We also have people on the Norwegian product development team who’ve worked with shoes before. Our biggest concern is keeping the Moods DNA in every product we make. That can be a problem when you expand into too many categories, and [we don’t want to] lose a clear point of view.