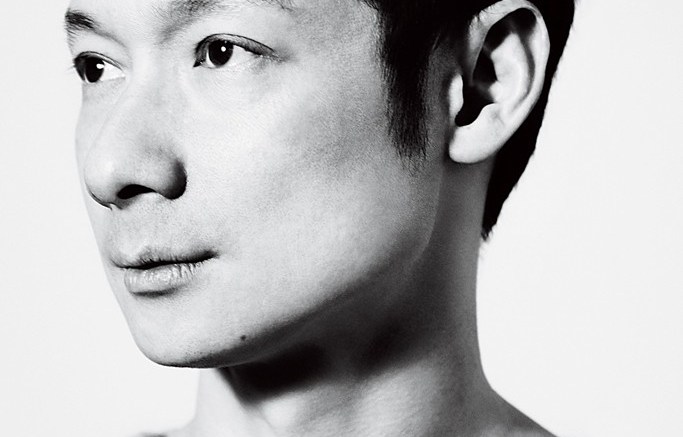 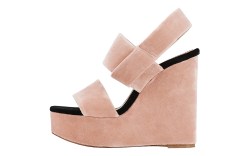 The relaunch of French label Sonia Rykiel is off to a running start.

New licenses for various product categories, including one with storied footwear label Robert Clergerie to make and distribute the brand’s footwear collections starting in spring ’14, are contributing to the forward momentum. (Sonia Rykiel and Robert Clergerie are wholly and partly owned by Fung Brands, respectively.)

Under the stewardship of Geraldo de Conceiçao, who was appointed as Sonia Rykiel’s creative director last September, the Clergerie deal aims to utilize the best of French shoemaking techniques, practiced since 1895, out of Romans, France. The label also noted that Robert Clergerie’s expertise will be an important advantage for its creative overhaul and international development.

“Robert Clergerie is one of the last shoe developers and manufacturers in France. It’s a beautiful brand, so the synergies between us are natural,” said Eric Langon, CEO of Sonia Rykiel.

De Conceiçao, who most recently was women’s design director at Louis Vuitton and has held posts at Miu Miu and Yves Saint Laurent, only lately ventured outside ready-to-wear. Of the partnership, he said, “We’re both learning from each other, learning to work with each other.”

Sonia Rykiel, whose eponymous label debuted in 1968, got her start in 1962 creating knitwear pieces for the Saint Germain boutique Laura, turning the pullover into her signature piece. Dubbed Queen of Knits by Women’s Wear Daily in 1970, Rykiel went on to invent inside-out stitching, “hemless” and “no lining” dressing.

For de Conceiçao, the goal for the Sonia Rykiel brand under his artistic direction is “to make very nice things for women to wear. I’m not an oracle; I just look for those meeting points between Madame Rykiel’s oeuvre and my personal curiosity, and see what comes out.”

Added Langon, “[The brand targets] women who are playful, intelligent, irreverent and sexy — an obviously broad customer base.”

Here, de Conceiçao discusses inspiration, the importance of footwear and why designing shoes is not so different from his work in ready-to-wear.

What’s the inspiration behind your debut shoe collection with Sonia Rykiel?
GDC: There’s always an element of the 1940s. It’s always there and it depends on how we translate it each season. Madame Rykiel mostly liked to wear platforms and not super-high heels. So [I’ve tried to add] comfort to the sexy appeal of high-heeled shoes.

What is the most vital aspect of a shoe?
GDC: Design, function and comfort — all three. It has to be comfortable because a woman has to wear it all the time. I have a lot of female friends, and they all complain about wearing some of their shoes. Our shoes are relatively simple in construction. They’re not about strange or extreme ideas. When a woman looks at a shoe, she shouldn’t have to spend 10 minutes thinking about whether it’s too weird or how to wear it or how long she can wear it. She has to like it and feel like she wants to try it on.

You’ve mostly designed ready-to-wear. How different is shoe design?
GDC: The funny thing is that all of it has to do with ergonomics. With clothes, I have to decide how it falls over the body, the breasts, the hips. With shoes I have to consider things like the weight of the body, all the stress points on a foot, and then think about the prettiness of [the design]. What’s too sexy or too conservative?

Why is footwear an important category for the Sonia Rykiel brand?
GDC: In many ways, Sonia Rykiel is very much a feminine label, so we’ve tried to provide different elements with which a woman can play when she dresses. Everyone knows the shoe is a lifesaver [when it comes to accessories] because it can change a lot of how you feel about your body when you put it on. It is also flexible enough to transform a boring outfit into something that’s not. I consider it the same as lipstick and makeup.

How are you reinterpreting such a historic brand and simultaneously putting your own spin on it?
GDC: The simple fact that I’m here already makes the output different, even if I were to replicate. I don’t conscientiously spin things and have no interest in discussing provenance. That being said, historical perspective does not make for a living perspective, and I will interpret the brand by understanding the [relationship] between [the present] and the near future. What is important is to stay true to myself, whatever that truth might be.