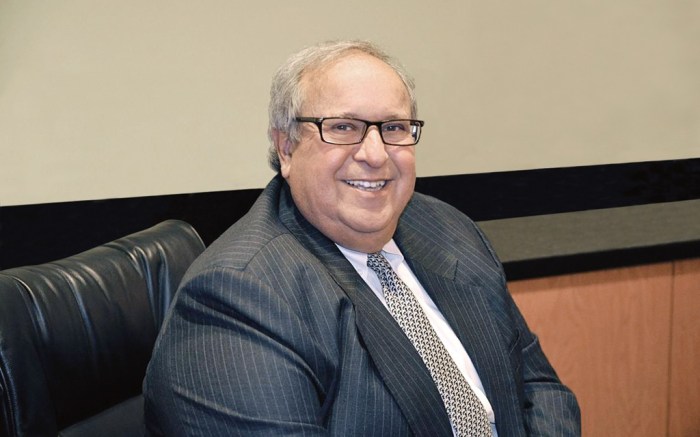 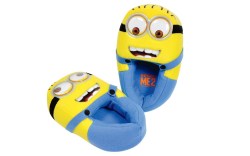 After more than 30 years in the licensing business, Bernie Leifer has seen it all — from the big hits to the major misses.

“It’s a business with many ups and downs. There is a lot of risk involved, but also a lot of reward,” said Leifer, who as president and CEO of SG Cos. oversees a portfolio of slipper and footwear licenses that includes Thomas & Friends, Bratz and The Simpsons.

With the explosive growth of digital media, from social networking to mobile apps, he noted the business has become more challenging. “The landscape has definitely changed,” said Leifer, who will be inducted into the Licensing Industry Hall of Fame at this month’s Licensing Expo. “It’s no longer the hot days of 10 or 15 years ago. There is so much competing for kids’ attention today that we’re not seeing as many of those huge hits [of the past].”

The industry is no longer dominated by licenses tied to a blockbuster movie or hit TV show, Leifer said. One of SG’s newest licenses was born on Facebook. When a dog owner set up a page for her Pomeranian, Boo, and began posting photos, the dog became an Internet sensation, amassing nearly 7 million fans on the social network. Now dubbed the “World’s Cutest Dog,” Boo is building a licensing program with SG across several categories, including slippers. “It’s an example of how licenses can really come from anywhere,” said Leifer.

Other recent additions to SG’s roster include WWE; “Despicable Me 2,” the second installment in the popular movie franchise that releases in July; and “Legends of Oz: Dorothy Returns,” a 3-D animated film due out in 2014. And Leifer said the company, which is set to open a 100,000-sq.-ft. warehouse in California this fall, has its eye on several other brand properties. “We’re always looking. You have to be able to stay in the game,” he said.

Here, Leifer talks about the changing face of licensing, the enduring appeal of classics and scouting the next big hit.

With the rise of digital media, have you seen a shift in where licenses originate?
BL: Absolutely. It’s no longer just about a big movie or TV show. Look at the success of Angry Birds, which came from a mobile game. Kids today have been born and raised in the digital world. They are very savvy and tapped into so many different facets of media and entertainment, from social media and mobile apps to video games, music and YouTube. There is so much out there competing for their attention. It makes it more difficult to find those [licensing] winners. And that’s why we’re seeing fewer of those big hits — because there is so much content that it’s tough for new characters to break through.

To what do you attribute the ongoing trend of bringing back classic licenses?
BL: There is a very large licensing archive and those old properties are constantly being dusted off and resurrected. We’re seeing some classic licenses come back a second and sometimes even third and fourth time. In a business filled with risk, these licenses are obviously safer bets. And for consumers, there is a comfort level with the familiar. Still, there is always room for new, fresh stuff. You have those hot new properties that take the business by storm. That’s the beauty of the licensing business.

What key criteria do you consider when evaluating potential licenses?
BL: I liken it to going to a yearling horse sale. You look at a horse’s pedigree, its conformation. You do the same thing with a potential license: You look at who the licensor is; whether the property is a movie, TV show or toy; the promotional budget behind it; the consumer group it appeals to; and whether it makes sense in footwear. And even if you are correct in all your analysis, you’re probably only 60 percent there. The consumer is that other 40 percent — the part that is impossible to predict. You can never be 100 percent sure of a license’s success. Often it comes down to gut instinct. If it was such an exact science, major licensing companies like Mattel and Disney wouldn’t need to spend hundreds of millions of dollars on market research and testing. And even then, they’re still only batting one out of 10.

More shoe companies, from Adidas to Etnies, are getting into character licensing. What is attracting them to the business?
BL: Competition has certainly increased. Companies are trying to steal market share more than ever. You start to reach a point of penetration in your core business, so you look for other growth opportunities. You have to reinvent yourself constantly.

What other changes are you seeing in the business?
BL: Retailers are no longer buying as widely with character footwear. They’re buying fewer SKUs and licenses. Another big change is the growing prevalence of direct-to-retail programs. Retailers such as Target and Walmart, for example, are taking licenses directly from the licensor and either making the product themselves or farming it out to licensees strong in those categories. But there are advantages and disadvantages to this for licensors. Obviously, they have the advantage of getting a major commitment from the retailer. But on the downside, it means they are limited to that one retailer.