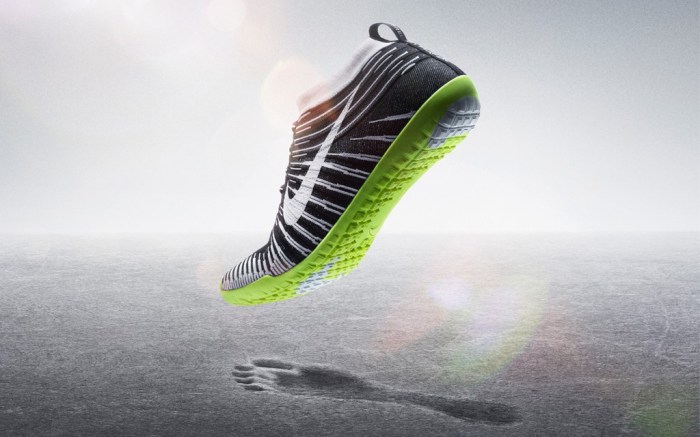 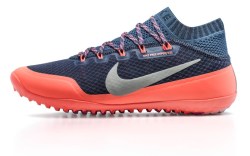 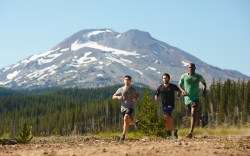 Nike is getting back to nature.

But Nike’s latest running shoes take co-founder Bill Bowerman’s waffle soles to a new level. The Nike Free Hyperfeel, released in June, and the trail version that came out in September married Flyknit uppers with a barefoot-inspired Nike Free outsole. The result, McDowell explained, is the label’s best expression yet of natural motion in performance running.

“We thought of [the Hyperfeel] as a concept car — this is really pushing the limits of possibility,” he said. “We used our latest and greatest technologies to get after this sensory, natural-feeling, natural motion.”

Here, McDowell dives into Nike’s history and where the future is taking it.

1. Where did the Nature Amplified ethos come from?
SM: You can go back 40 or 50 years to Bill Bowerman being a coach. He really dove into each one of his athletes and tried to handcraft them individual shoes to help them perform. So there have been threads of this for quite some time. We have an amazing Nike Sports Research Lab downstairs, so we can tap into the biomechanics of the body, and that helps us inform the best design coming out of that.

2. What influenced the Free Hyperfeel style?
SM: One of the genesis points was the Sock Racer that came out in 1985. Ingrid Kristiansen won the Boston Marathon [in 1986] wearing the Sock Racer — it’s a bright yellow shoe with black straps — and she wore a yellow sock with it. As a kid growing up and watching this on TV, I thought it was stunning. It was shocking. It felt like I was seeing the future. And Nike was able to use the tools at the time to create a second skin-like fit. They did the best they could with the tools they had. And now we have much better engineering and technology and some great breakthroughs.

3. How does Hyperfeel reflect the new design ethos?
SM: Our idea was to do a natural extension of the human body. The Flyknit upper is basically a second skin: It gives you warmth, comfort, protection and support. That wraps all the way around this Lunarlon midsole that is laser siped to flex and move with your body, but that acts in a very similar way to the fat pad in your heel, giving you extra cushioning directly underneath your foot. And then you go to the outsole, and it’s a very thin web acting like the callus on the bottom of your foot — extra protection and comfort from the harsh world we live in.

4. How does the product fit into the barefoot movement in running?
SM: There’s definitely this theme of getting back to nature, whether it’s with grocery stores offering more natural ingredients or using leather and wood in [making] things. And that’s happening in footwear as well. You want a product that moves naturally with your body. You don’t want something that’s a cast or a brick that’s going to make running not enjoyable. You want to have fun when you go out for a run.

5. How else will we see the Nature Amplified design language expressed in product?
SM: We’re trying to emphasize moving and working with the body. There will be shoes that are fast-tempo shoes, and they’ll have more minimal cushioning because you want that responsiveness, you want to be able to power off the ground. And there are other shoes you just want for a nice, comfy, long slow distance run.