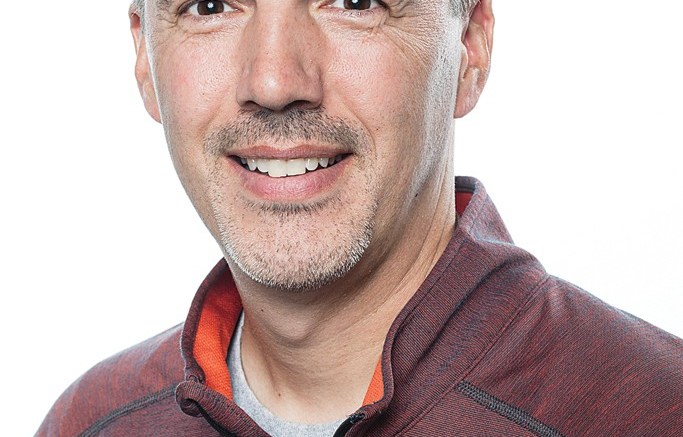 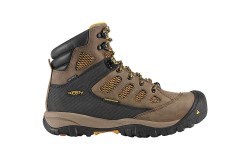 As Keen celebrates its 10th anniversary this year, one of its newest divisions — Utility — continues to leverage its position in the performance market.

Soft launched in fall ’10, the collection of industrial and service looks for men and women remains true to Keen’s signature asymmetrical, rubber-wrapped bumper toe, designed for both comfort and protection.

“[Our Utility line] stands out in a sea of traditional workboots,” said Mark Reilly, division director for Utility at the Portland, Ore.-based company. “Many [consumers] looking for something more versatile knew about our reputation and gave the collection a try.”

According to Reilly, the Utility series also distinguishes itself with a range of proprietary safety components that include waterproof membrane linings, safety toes and TPU stability plates. Retail prices range from $110 to $210, with a selection of higher-end product manufactured in its own Portland facilities.

Although a relative newcomer in the work category, Keen Utility has already garnered shelf space in key outdoor and work retail channels including the Cabela’s national chain; Murdoch’s in Bozeman, Mont.; Whistle Workwear in Puyallup, Wash.; and Zappos.com. In addition, the collection is distributed in 60 countries, with Canada added this year. Global sales have contributed to business doubling in 2012 over 2011, and Reilly said he anticipates a similar performance this year.

Here, the exec talks about opportunities for new players in the work category and Keen’s focus on the often-underserved women’s market.

How important is American-made merchandise to today’s work customers?
MR: In general, [products] made in the U.S. are becoming more important to all consumers regardless of the category, whether it’s electronics or footwear. You see more manufacturing being brought back to the U.S., and we feel very strongly about it. We opened a factory that’s bringing jobs to the Portland area. Having a manufacturing facility in our backyard [allows us] to use it for testing and prototyping, so we can be quicker to market. [Currently], about 15 percent of our Utility offerings [are made here]. It’s an issue of ours, and you’ll see a continued push for additional styles coming out of our facility.

How much of Keen Utility’s business comes from consumers who already knew the brand?
MR: When we launched, there was no question we benefited from Keen’s fan base. [Initially], a large portion of sales were current [customers] who realized there was something [they could] wear during the work week. Now that we’ve been out for two years, through our workboots we’ve introduced the brand to a new fan base that is discovering Keen has outdoor products for the weekend, for when they’re hiking [and] camping. There [also are outdoor retailers] with workboot sections that we’ve leveraged [due to] Keen’s relationships with them. But we’re very [focused] on the independent work and small multidoor regional chains. That’s a huge part of our distribution, along with mobile work trucks.

Women’s work footwear has often been a neglected category. What is Keen doing to attract female consumers?
MR: Rather than just downsize popular men’s shoes, we took a ground-up approach to women’s. We designed a last specifically for a woman’s foot that meant we had to [develop] new steel-toe molds. We’ve given these products the attention they deserve, resulting in [women’s] being one of our fastest-growing categories within Utility. The silhouettes are more sporty and versatile, and we paid attention to softer, more feminine colors.

As a newcomer to the work category, how has Keen stood out among the more established brands?
MR: There are a lot of great brands in the work space. But what the category has lacked over the last five to 10 years is new looks. Buyers and retailers were anxious to get something different on their walls rather than another shade of brown. [However], it’s about more than just the look. The collection gets [consumers’] attention [by delivering comfort] through the last design. Additionally, a lot of our products are faster-looking, maybe younger. They also are more hiking-inspired because we’ve learned a lot from our outdoor division and adapted it to the job site. We look at our Utility products as hybrid footwear — you can go from the job site to dinner. There’s no question we got shelf space from some of our competitors because [of this].

Keen Utility launched during a tough economy. How has that impacted its market penetration?
MR: The [work] industry wasn’t booming, but people in this category look at their footwear as a tool to perform their job. It’s something they have to [have]. So whereas other footwear purchases are [considered] more of a luxury, the work category was somewhat insulated from the downturn in the economy. We benefited from this with our fresh look and product that delivers on consumers’ expectations. Because we’re [relatively new], the majority of our collection is focused on general workboots. [However], we also have metatarsal guards and insulated products. And there’s a slew of niche [markets] we can go after.