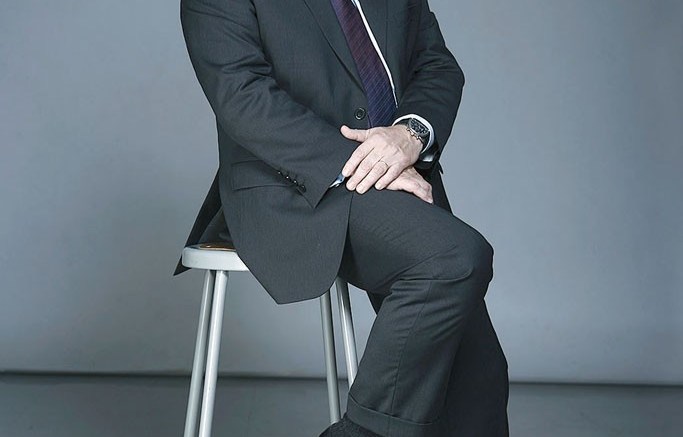 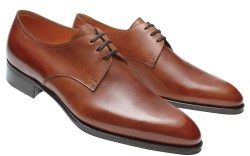 Not many footwear brands have a history that dates back to 1866. Even fewer have enjoyed the continual success of John Lobb.

Owned by Hermès since 1976, the luxury shoemaker most recently upped its wholesale presence, made serious moves to broaden its retail base and ventured into e-commerce. (The original John Lobb family still does business under the moniker, creating bespoke styles from an atelier in London.)

All that movement has enabled the label to double its entire operation over the last five years, said CEO Renaud Paul-Dauphin. And to help with the extra volume, the label this year expanded its factory in Northampton, England.

“It’s an achievement [to grow the business there] and makes everyone proud and happy,” said Paul-Dauphin, who has been with Hermès for 25 years and five years at John Lobb. “It’s a sign of success.”

The opening of additional retail stores also signals prosperity. Worldwide, John Lobb operates 20 locations, with new ones slated to bow in Shanghai and Tokyo before the end of the year. A third U.S. shop, in Houston, is planned for 2015.

Similar movement can be seen online. John Lobb launched an e-commerce site for all of Europe this fall (they already existed for the U.S. and the U.K.). Next year, one will open for Japan and for China.

Productwise, for fall ’13 the brand launched Personal Style by John Lobb, an expansion of its accessories offering that now includes gloves and ties. And it will show at London Collections: Men for the first time in January.

The Personal Style ties and gloves just hit the market. How do you introduce a new category to your customers?
RPD: I would be wrong by saying people are queuing at the store. It’s not that. It’s going to take time, but I don’t mind. I like to be referred to as slow luxury. It’s going to take a bit of time, but it’s going to enrich and make the content of the brand stronger, with an element of quality craftsmanship. That is really the essence at John Lobb, as well as the link we have with Hermès, the mother company. We share similar values, yet it’s a company on its own with a proper identity.

How closely do you work with Hermès in terms of brand identity?
RPD: Hermès has, fundamentally, the values of a family-owned company, the strategy of which is built on time, which is the cornerstone of everything we do. The strategy is a long-term strategy, but having said that, John Lobb is John Lobb. It originated in England. It has this element of Britishness, whereas Hermès started in Paris.

How has wholesale fit into John Lobb’s approach over the past few years?
RPD: We have a strategy where you need to partner with the retailers in both brick-and-mortar and online. The strategy is that wherever we go, there has to be the same quality of presentation and service as you would find in a John Lobb store. We’ve learned a lot from those retailers in terms of customers and being in front of competitors. We are very lucky because our business has been around so long, and that’s so much of a competitive advantage.

John Lobb joined Facebook about a year ago. What was it like to venture into social media?
RPD: Yes, we were not the first ones to be on Facebook, but I hope we’ve done it right. It’s not a question of numbers. We got so much positive feedback. And now we just opened an Instagram page. We wanted Instagram to be true to the brand. It’s not by accident I’m wearing the William [style]. The [first] feature of the Instagram page was “Me and my Williams.” We picked two artists and two cities — Paris and London — [showing] Williams in their lives.

The John Lobb butler service partners with high-end hotels in such cities as London, New York and Beverly Hills, Calif. Are the collaborations still going strong?
RPD: They’re very strong — stronger than ever. We recently opened the Taj Palace in Mumbai, India. It was actually the managing director who came to us. He stayed in one of the hotels that featured the butler service and asked us to consider doing it there. I took that very seriously because I thought it was an interesting way to bring the John Lobb name to India. We have lots of high-caliber properties asking us to do it, but it’s not a marketing thing. I was interviewed by the local newspaper and it was interesting [to them] because shoe shining is a street job in India. They said, “What makes it unique and different?” I explained about the care, the love and attention you pay to your shoes and the difference between leathers and the creams. It’s a whole process of education.