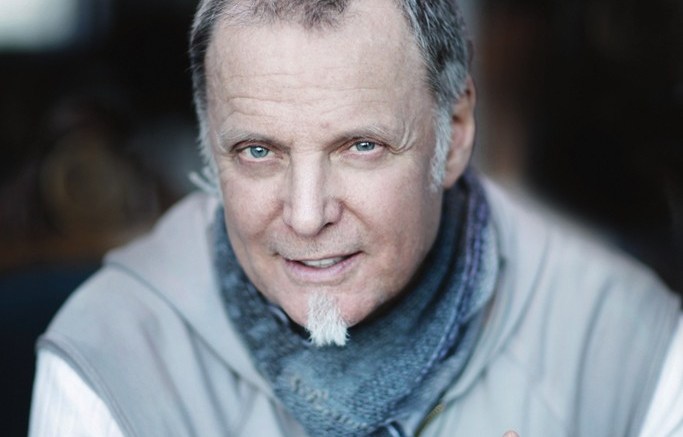 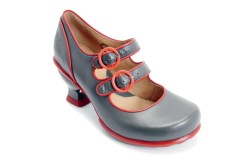 John Fluevog has never been one to follow the crowd.

The Canadian shoe designer, who entered the scene in the 1970s, is famous for his unconventional creations and anti-fashion stance. His quirky shoes have a cult fan following — or Fluevogers, as they call themselves — that includes such celebrities as Madonna and Scarlett Johansson.

“I like to do my own thing. I’m not interested in being mainstream, in chasing fads,” Fluevog said. “And that’s always going to be a little jarring to some people.”

His reluctance to play the fashion game has hardly hurt business. Now in its 43rd year, Fluevog’s namesake brand is thriving. In the past year, the designer bowed stores in Washington, D.C., Minneapolis, Toronto and Denver, bringing his total door count to 18 — and more openings are planned.

And Fluevog, who is based in Vancouver, British Columbia, remains a sought-after creative talent. Most recently, he was tapped to design custom footwear for the flight crew of Air Canada’s new low-cost carrier, Rouge, which took to the skies earlier this month. To complement the prep school-inspired uniforms, Fluevog created marbled-gray brogues for the men and whimsical heeled Mary Jane shoes for the women. “I don’t go out of my way to do things like this, but it was a fun project that came along,” he said.

Fluevog’s work was celebrated in a 2010 retrospective at the Museum of Vancouver, which inspired the designer to install a permanent museum inside his Calgary, Alberta, store that showcases the shoes — and stories — that have colored his career. For the designer, the process of digging into his history has given him a new perspective on his work: “My shoes were very forward-thinking [for the time]. I can only say that now looking back on it.”

Here, the footwear icon talks about finding inspiration, eschewing trends and staying true to himself.

What is driving your retail expansion?
JF: Business is good right now, obviously. But for me, it’s finding the right location in a city. We have a list of [target] cities, and when we find the perfect location, we jump on it. The physical spaces we open are very important to me. They need to help tell the story. We never go into malls. It’s too hard to maintain a brand identity in malls. My son Adrian, who is taking over the brains of the business, is leading the charge on [our retail expansion]. I’m just watching him do it. So far, every new store has been successful. That’s a good thing.

Did you enjoy the process of putting together the museum exhibits and walking back in time?
JF: It’s definitely interesting to look back. I wasn’t aware of it then, but I was doing some really hip, unusual things. You look at my shoes and you go, “Whoa, he actually sold these?” But one of the reasons I’ve never been interested in keeping and archiving my shoes is because I don’t want to get stuck in an era or on a theme and not be able to move out of it. In the fashion business, if you’re still doing what you were doing a season before and you’re not changing, you get labeled old hat. You have to keep looking forward.

Where do you find design inspiration?
JF: Ideas just come to me; they pop into my head. And I’ve learned to trust them. I’ve seen with my own team [that] it’s hard for them to trust their instincts. They don’t feel comfortable unless they see an idea somewhere first. But that’s a key to design: When you’re being original, you don’t have to see it somewhere. You just do it and it’s OK. It has taken me a while to learn that myself. Early on, I was somewhat insecure, thinking, “I can’t do this” or “I don’t know how to do that.” In many ways, my business has been one big art project. I’m personally very vested in my brand, from the way the stores get put together to the website to the messages I put on my shoes. It’s all very reflective of me as a person.

You’ve said you don’t like to follow trends. How do you get away with that in the fashion business?
JF: I don’t know. I know chasing trends is what everybody does and even more so today. With the Internet, the fashion business is no longer as fun. Everything is seen and available on every level. There is just so much out there. Back in the 1970s when I started, there were very few of us doing fashion footwear and now it’s everywhere. Now you can buy really good current fashion at a price from chains and big-box stores — the Zaras of the world. So how does a company like mine compete? How do I stand out in the marketplace? The answer is I just have to keep being myself. I keep up with what’s happening and I do my own version of it — what I call a Fluevogian version.

Despite your success, your brand has remained relatively small. Has that been intentional?
JF: Yes, because I don’t want my brand to be everywhere. I’m not interested in being mainstream. I’ve never had a huge wholesale presence, for instance. My presence is more retail-driven with my stores. In that environment, I can own the emotion behind my designs. I’ve had investors approach me about making the business bigger, [but I don’t entertain those things] because I would be afraid of losing control.