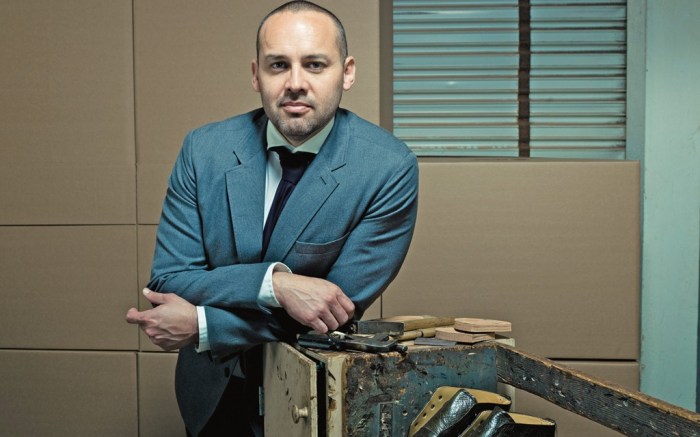 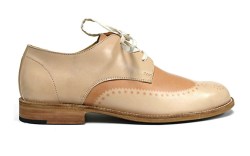 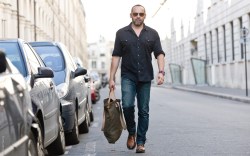 George Esquivel is in growth mode.

The brand is already sold at Bergdorf Goodman, Net-a-porter.com and Colette in Paris, among other marquee retailers, and the designer is exploring additional opportunities to increase the business, namely overseas. Esquivel has a showroom in Milan and sells to stores in France, Berlin, Switzerland, the Middle East and Japan.

But the 42-year-old, who produces all his handmade, bespoke shoes out of his Southern California shoe factory, is quick to point out that he’s not just looking to sell more shoes but also to enhance the brand, raise its stature and expand into new accessory categories. (He already has a custom business that produces wallets, briefcases and handbags for clients.)

“I want to focus on brand awareness,” Esquivel said. “A lot of people think growing a brand means selling more. And that’s great, but I also want to explore other categories and figure out how to translate the emotional response I get from people with my shoes into other areas.”

Esquivel said a move into small leather goods would be a natural extension for him. And he plans to add to his offering of women’s shoes, as well as create new constructions. “That’s not to say that I’m going to start building beautiful heels or anything. That’s just not who I am,” he said. “But I’m looking at the working woman’s shoe that is funky and cool and still very functional.”

Here, the designer opens up about his commitment to producing in the U.S., his dedication to craft and how, with age, he’s learned to say yes to everything.

What made you decide to leave Fratelli Rossetti?
GE: It was an amazing experience, but it was also difficult. It just took a lot out of me. Last year, I was in Europe 10 times. Every five weeks or so I was there for seven or nine days. It just was taking up a lot of my time. They are great guys, and we’re still good friends. Now I want to focus on my brand and building it.

Interest in American-made products seems to be on the rise lately. How is that affecting you?
GE: There is a huge interest in American brands, and it’s not just because of the economy. I remember when buyers didn’t want to buy my shoes because they didn’t look like Gucci or Prada. Now people want that American look. I also think it has to do with the branding and the marketing. And it’s also a really strong selling point overseas right now.

What keeps you from sourcing your line out of Italy or Spain, or even China?
GE: I just love things that are made in America. That’s not to say that might not happen at some point down the road, but I love going into my shop and getting an idea and sitting with my guys and making a couple of pairs. For me, it’s who the brand is, and that’s made in America, designed in America, with an American influence. It’s who I am. And I love being able to employ people here in the U.S.

How important is it to develop your own unique processes, like the treatment of your suntanned leather?
GE: It’s become a part of who I am — something I’m known for. I only did that in the beginning because I couldn’t get cool leathers in small quantities. So I started playing with things. If you look at the suntan shoes I did, it took me two years to develop that. I showed the leather to Anna Wintour and she said, “You did what? It’s amazing.” And I love things that are a little imperfect and that lend themselves to what we do with our shoes. I could have a perfect heel and order it from Europe, but instead we hand-carve them. We may be a little rough around the edges, but it’s who we are — it’s that American mindset.

A few years ago, you had a mainstream line that eventually shut down. Would you ever reintroduce it?
GE: I would if it was the right time with the right partner. I don’t say no to anything anymore. To me, everything is a yes now. When you’re young, you say no to everything because you’re stubborn and rebellious. As you get older, you say, “Why not? That could be a cool adventure. Let’s see what happens.”