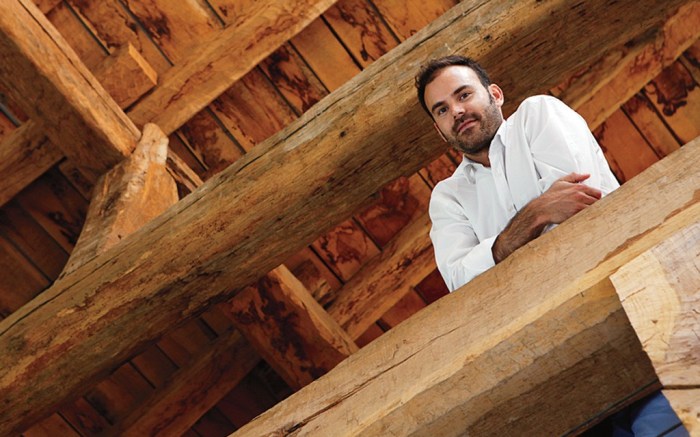 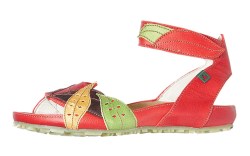 Celebrating its 10th anniversary this year, El Naturalista is putting the focus on its U.S. business. The Spanish comfort brand has created El Naturalista USA, an American subsidiary based in Santa Monica, Calif.

The men’s and women’s brand is sold in 45 countries, with the U.S. representing 9 percent of sales. “We can multiply our business here five to six times in four or five years,” said de la Peña. “[The U.S.] could be the biggest market.”

Its strong roster of stateside retail partners has made the brand bullish on opportunities here. Wholesale accounts include Hanig’s Footwear in Chicago and Tip Top Shoes in New York, as well as e-tailers Zappos.com and Planetshoes.com.

And with its new base in the U.S., El Naturalista is able to sell directly to retailers, thus lowering prices by as much as 30 percent, de la Peña said. The spring ’14 collection retails in the $100-to-$129 range. Designs also have been updated to be lighter and more colorful.

With so many changes, de la Peña said the company remains committed to its founding principles: to offer eco-friendly products produced in its own Spanish factories and give back to those less fortunate. The firm’s charitable initiatives include partnering with UNICEF and Save the Children, and leading the Atauchi Project, an educational program in third-world countries.

Here, de la Peña talks about going up against the comfort establishment while holding onto core values.

What is the key to producing comfort footwear today?
JDP: When we created the company, we looked at the market and saw a phenomenal amount of comfort brands. They were super-comfortable, but boring. On the other hand, we looked at fashion brands — they were pretty, but uncomfortable. Our business model was based on having comfortable shoes that looked nice, were colorful and were produced in an eco-friendly way. Since we operate our own factories, we’re able to develop [new] technologies. We came up with a new [footbed] we call honeycomb. It’s smoother, but still supportive. Innovation and design is not just about making shoes prettier, but making shoes better.

Who is El Naturalista’s competition?
JDP: From a comfort point of view, we compete with the great Euro-comfort brands, such as Mephisto, Clarks and Finn Comfort. Here, we have great American brands like Dansko. [We believe] our products are so unique that most of the time we don’t have any competitors, just neighbors in the windows of the [shoe] shops. The innovation and technology we deliver in our leathers pretty much stands alone.

As your market spreads geographically, how does El Naturalista successfully design for the international consumer base?
JDP: First of all, good design is not a personal opinion — it’s good everywhere. You do what you [instinctively] feel, and if it’s great, it’s going to work in a lot of countries. Sometimes you adapt [trends] for some countries, such as a clog that we developed for the U.S. market. Clogs are very big in this market, but we put our Spanish flavor [in them].

How does El Naturalista attract new customers?
JDP: We’re a family business, so we don’t have millions of dollars for a TV campaign. Instead, we focus on three areas: telling a unique story, [so it gets media attention]; social media; and selling to the best [stores]. That’s how it began in Europe and it works. [We listen] to our retail partners. It’s about relationships. I trust [them]. If Peter Hanig tells me, “Juan, don’t do this,” then I know it’s true.

Why are social causes so important to the brand?
JDP: My brother Pablo was formerly a supplier in the footwear industry, helping companies in bankruptcy. It’s an ugly business. So instead he decided he wanted to build a company, and from day one, [we] donated to charities. It’s been the heart and soul of the company. When we travel, there’s nothing more motivational than seeing [the good] we do. It all makes sense. We were [initially] donating money only in Peru. We became more sophisticated and now we have a website, Webelieveinpeople.org. Now when consumers buy a pair of shoes, [they come with] a flyer with a code. They can decide where the donation from their purchase will go. And we developed a full video about what we do so consumers understand where the money [is donated].