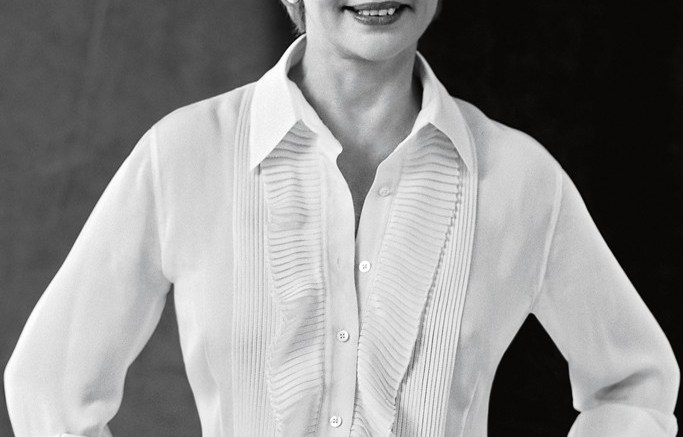 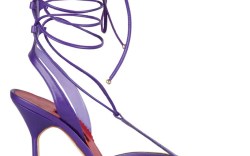 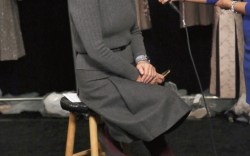 “Developing a shoe takes as much creativity as designing a gown, and that is why I don’t find it very different,” Herrera told Footwear News. “You must always have your eyes open. Allowing yourself to be open to inspiration and see things in a new light helps to keep each shoe design fresh.”

The CH collection, which now also includes children’s wear, eyewear and a fragrance, offers a variety of product categories for men and women who identify with the aspirational style of the brand. The shoes, described by their namesake as “classics with a twist,” include mixed-material sandals, printed pumps and demure slingbacks, all retailing for an average $490. And while the women’s collection began with simple ballet flats and heels, it has evolved to include sophisticated sneakers, boots and espadrilles.

“We make sure that every season we design something for every woman,” Herrera said.

The men’s line, which makes up 30 percent of the collection, also continues to grow. The footwear offering was originally created to pair with the brand’s ready-to-wear looks, but a range of styles, from Chelsea boots to boat shoes, have been added.

Currently, CH Carolina Herrera has 90 branded stores and 200 shop-in-shops at major retailers globally. The label’s top markets include the U.S., Latin America, the Middle East and Europe, with a strong focus on Asia moving forward.

But even with the growth of the CH footwear collection, the Venezuela-born designer won’t rule out a future shoe line for her luxury label. “I never say never,” Herrera teased.

Still, with every collection, each brand is meant to complement the other. “There is always that common thread with [the two lines],” she added. “They share the same sophistication.”

Here, Herrera weighs in on her brands’ expansion plans, the role of accessories in fashion and why shoes are a vital part of her offering.

Why is it important for CH Carolina Herrera to have a shoe collection?
CH: Shoes complete the look. We can dress someone from head to toe, but also provide a strong enough shoe collection to stand alone. Accessories always change an outfit, so a wonderful pair of heels is a must.

What are the challenges of heading up two separate brands?
CH: Fashion is a repetition of ideas. What is important when having two lines is to keep it new while remaining consistent with the spirit of the house. The lines are both sources of inspiration for each other, but I keep them distinct. CH is fun. After all, fashion has to be fun.

How influential has the main line been in growing the second line?
CH: CH Carolina Herrera represents a specific lifestyle for men and women beyond nationalities that captures the elegant and distinctive Carolina Herrera signature style. It is the expression of the brand, and its aim is to create elements that can become part of everyday life for those who identify themselves with the Carolina Herrera lifestyle.

Why is it important to keep the shoes in-house, as opposed to working with a licensee?
CH: As a designer, it is important to not work with a footwear licensee because I can control the manufacturer, supplier, distribution and, most importantly, the design process. No one knows the spirit of CH Carolina Herrera better than my design team and I do.

What global regions are you hoping to target with expansion next?
CH: We just opened our first freestanding boutique in Seoul, South Korea, and our shop-in-shop at the Takashimaya department stores in Shanghai. In March, we will open a boutique in Tokyo and in Singapore. Asia is the perfect market for CH Carolina Herrera.