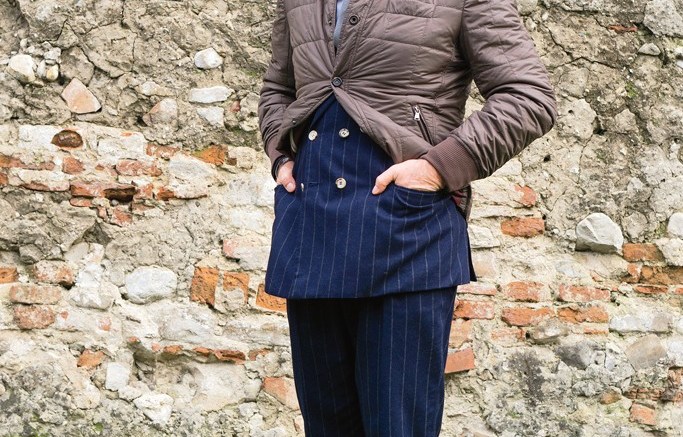 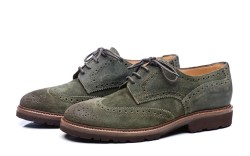 The Solomeo, Umbria-based company was the only Italian firm to go public in 2012, and it wowed investors with impressive results. At press time, the price of shares had almost doubled to 14.76 euros (or $19.78 at current exchange) since the company’s listing at the end of April. And according to preliminary numbers, 2012 revenues grew 15 percent to 279 million euros, or $357.1 million at average exchange, compared with 242.6 million euros, or $337.2 million, in 2011.

“Last year was special in terms of results, but also two particular things should be highlighted,” said the luxury label’s chairman and founder, Brunello Cucinelli, in an interview at the recent Pitti Uomo show in Florence. “[Last year showed] the brand has grown and that international financial players can invest their money in Italy without fear. This is something that can help our country, increasing its credibility.”

Although ready-to-wear represents the company’s core business, Cucinelli said the brand also is focusing on accessories such as footwear, which in 2012 accounted for 10 percent of sales.

“I’m an Italian man, so I’m used to paying a lot of attention to shoes. If shoes are wrong, the whole look doesn’t work,” he said.

The company structured the men’s footwear collection with four categories: the Formal range with traditional shoes to be worn with suits; the Informal area of more-casual styles; the Sporty selection with lightweight chukka and urban boots; and the Outdoor offering, consisting of leather country and hiking boots.

Footwear styles, which range from $595 to $2,065, are carried in the U.S. by Bergdorf Goodman, Neiman Marcus and Barneys New York, as well as in the label’s 10 U.S. branded boutiques.

Here, Cucinelli sounds off on the IPO, his human side and why he could never live in a big city.

How have things changed since the April 2012 offering?
BC: Nothing changed, because when in December 2010 I decided the company would go public, I started managing it as a listed firm. Last night in my bed I was thinking about what one of the most important Italian retailers told me: “I have to congratulate you because you are working with great Italian mild manners.” Maybe you can make more money acting differently, but I would [hope] that the day I die people will say that a good man has died. This is a principle I wanted to instill in the investors — and none of them has asked me to grow more. They all push me to preserve the brand’s exclusivity and craftsmanship.

What are the challenges of being an employee-friendly businessman today?
BC: The people I’m meeting here at Pitti are not only talking a lot about the public offering but also my family’s decision to donate a small sum to our employees at Christmas. The wire transfer’s description was listed as “for human gratitude.” It’s not hard to be a humanist, because it’s something you have inside. Nowadays, it’s important to consider one thing: Young generations know everything about everybody. Those working with me know everything about me, and to be credible, I have to be real in all situations. My decision to make a personal donation to my employees [came from wanting] to revive their human vibe. Even if this represents only 0.5 or 1 percent of the profits, I’m sure that I have 782 people on my side, 782 guardians of the company.

What are your plans for expansion?
BC: In 2011, we launched a four-year investment project. We’re looking at a worldwide gentle growth. We are focusing on retail, and last year we started restructuring our factory in Solomeo, which should be ready in February 2014. The space will be doubled, and I hope it will enable us to work serenely, supporting the expansion of the brand.

The U.S. was one of your first main markets. How do consumers there compare with those in your other markets?
BC: We started working with the U.S. in 1985, and it has always been an extremely important market. The Americans’ fashion taste is almost identical to the Europeans’, which means that if a collection is a fiasco in America, it won’t get good results in the rest of the world either.

How has living in and restoring your castle in Solomeo inspired your work as a designer?
BC: Living in Solomeo means having the time to think, because life there is not hectic. I don’t think that living in a big city I would have reached better results. I like to spend some time in silence on my own. I really enjoy going to New York, for example, but as soon as I come back to Solomeo, I have tagliatelle with oil and basil and then I go with my dogs to the woods and I take a seat next to a special oak, where I stay for two or three hours with my mind full of beautiful thoughts.