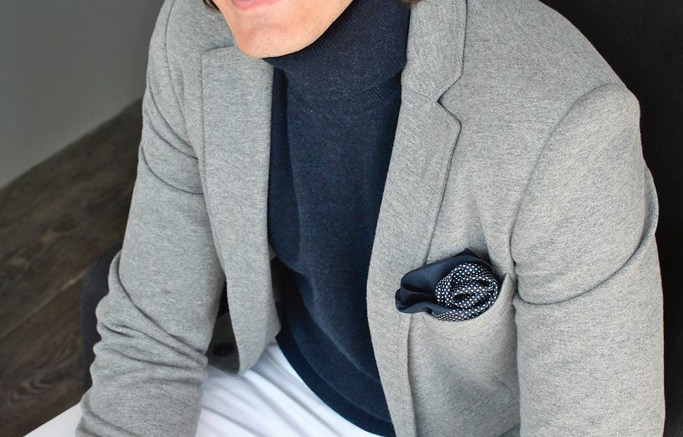 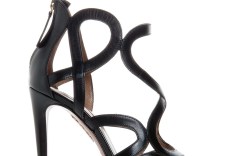 Edgardo Osorio is serious about footwear, but the designer and founder of Florence, Italy-based women’s label Aquazzura, also injects a sense of whimsy into every shoe with such playful details as candy-colored studs.

“[My customer] loves fashion and loves to have fun,” said Osorio, who has worked for Salvatore Ferragamo and Roberto Cavalli (where he was named head of footwear design at just 23) before going solo in 2011.

Osorio now is known for his pumps, sandals, booties, wedges and flats in metallics, bold patterns and vibrantly hued exotic skins, for which the designer develops his own prints. The shoes, which sell for $495 to $2,000, have been picked up by retailers around the world, including Bergdorf Goodman, Neiman Marcus, Saks Fifth Avenue, Harvey Nichols, Harrods, On Pedder and Level Shoe District.

Retail recognition — paired with an active social media presence and steadily increasing sales — has allowed the label to expand quickly. According to Osorio, business has tripled over the past year. A growing door count has helped, as the brand launched on Net-a-porter.com in June and will join the mix at Barneys New York for fall ’13.

“The Internet is our biggest [overall] market and the U.S. is our biggest [international] market. We also do incredibly well in the U.K. and Middle East,” Osorio said. “Now we are looking to expand in Asia and Russia.”

Next, Osorio has lined up designer collaborations and an Aquazzura flagship store, slated to open by the end of 2014. Small leather goods, jewelry, eyewear and other accessories, as well as men’s footwear, are also part of the designer’s long-term vision.

Osorio recently spoke with Footwear News about price points, pineapples and the pleasures of Italy.

When you started Aquazzura, affordability was part of the mission. Is offering footwear at an accessible price point still an objective for the label?
EO: We have every kind of price point, but it’s still very important to me that at least 30 percent of the business be within the $495-to-$695 range. I design a chunk of the collection [for that price range] and work with the factory to keep it that way. To me, it’s very important because, especially when I launched, I saw a lot of young designers pricing themselves out of business. You can’t have a real business — you can [only] have a niche business — when you’re more expensive than everybody. At the end of the day, there’s that girl who doesn’t want to spend $1,000 on her shoes, but she can still go buy a beautiful $595 pair of open-toe booties. [A lower price point] is not everything about the brand, but we do bigger volumes because it’s more competitive.

Who is your core customer?
EO: She knows about fashion and likes to dress up and have fun, but it’s never about a specific girl. She’s not necessarily young. A lot of our girls are 35 to 55, but we sell to much younger and older. Everybody wants to be cool. In Dubai, we had a trunk show at Level Shoe District. We had women in their 70s lifting their burkas to show me their Sexy Thing [booties by Aquazzura]. The hilarious part was that a 19-year-old girl was trying on the same pair of shoes as a 70-year-old woman, and they both bought the shoes. They looked great.

As a Colombian who grew up in Miami and London, why did you base your business in Florence?
EO: You know, it’s just so easy. The people are here, the factories are here, the leather is here — everything is here, and they are the best in the world. It’s a luxury to work with people who have such amazing know-how. And I can go to my factory every day if I want. It’s 20 minutes from my house. It’s also a pleasure to work in Italy because you are working in a beautiful environment. You can leave the factory and have truffle pasta for like $10 or $15 in the middle of a vineyard, and it’s stunning and the food is fantastic. It really is home.

The pineapple appears in gold on the bottom of every Aquazzura shoe, and you also have created some styles with literal pineapple themes, including one you call Piña Colada. What is it about the pineapple that you find captivating?
EO: Aquazzura means “blue water,” and when I started the brand, it was all about Italy, the Riviera and that kind of life. In the south of Italy and south of France, you see stone pineapples at the entrances of the villas. For European culture — and even American culture — the pineapple is a symbol of hospitality. Then I discovered that in Asian cultures, the gold pineapple is a symbol of good fortune. It attracts money, so it’s like a lucky charm. I loved the idea of having a positive symbol.

What do you like most about being a footwear designer?
EO: It’s about making a woman beautiful. If my father wouldn’t have allowed me to be a shoe designer, I probably would have ended up being a plastic surgeon or something. But it’s all about a shoe that lengthens the leg and makes you feel and look stunning. In fashion, you can be as intellectual as you want, but at the end of the day, it’s somebody buying something so they feel better and look better. That’s it. When someone wears my shoes, I want her to feel like a million dollars — no, a billion dollars.