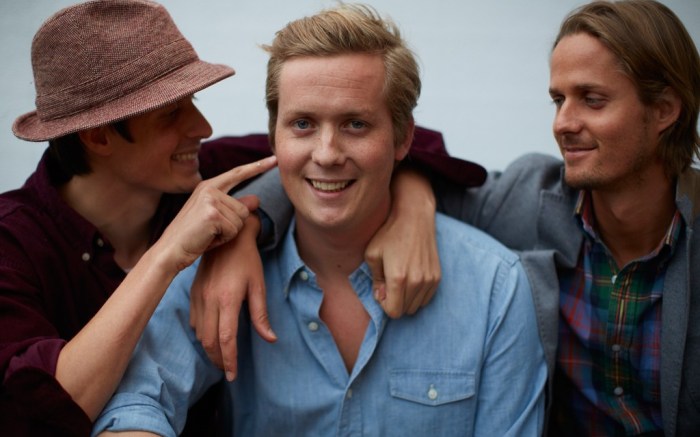 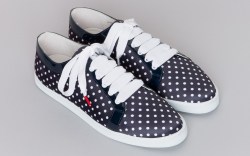 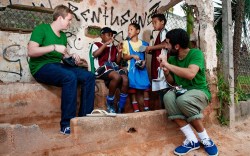 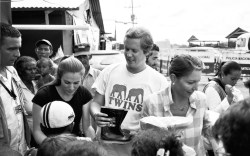 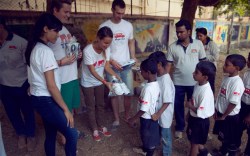 Since its inception in 2009, Twins for Peace has been dolling out much-needed footwear to children in impoverished regions through its strategic Shoe Projects.

The sons of the former artistic director of Hèrmes, twins Maxime and Alexandre Mussard grew up in the upper echelons of the fashion world. But it was a childhood bond formed with a nanny from Africa’s Cape Verde that sparked their foray into design. Twins for Peace, a line of European-made plimsoll sneakers and sportif accessories, has a one-for-one model, donating a pair of shoes to a child in need for each pair purchased.

“For me, the project is to make children smile. For the European and North American [markets], I want to show that it’s good to be cool — that’s our philosophy,” said Maxime Mussard during a recent visit to New York.

The company has a boutique in its native Paris, but Mussard hinted that a Big Apple flagship is in the works as the brand continues to grow. Wholesale accounts already include Colette in Paris, Dover Street Market in London and Modaoperandi.com.

1. How do you cater your Shoe Projects to the various regions you visit?
MM: It’s not good to give the same shoes to everyone because not every child needs one style. We want to deliver shoes that suit different country’s and children’s needs. For example, in Colombia it always rains, so the government took us to a place in the middle of the forest via helicopter. We did that with the wife of the president. She took us and we took the shoes. My brother and I always go together and stay one week. We sleep in the village and give out shoes all day. Every year we choose a different area. For example, next year we will go to Brazil, but to a different part than we did before. From the start, we wanted to go everywhere in the world, not just Africa, but South America, South Africa and India, too.

Click here to see photos from their Shoe Projects >>

2. Do your travels ever inspire your designs?
MM: Yes, in Cameroon, my aunt has a foundation, as she is from there. It’s where I got inspired by the handicrafts and masks to do my own take — colorful, handbeaded Gacha sneakers. The creativity motivates me a lot when I go there.

3. How did your upbringing prepare you for your work now?
MM: I’ve wanted to do charity projects since I was young because I want to be useful. My nanny came from a small African island, and we stayed very close — she’s like my mom — so I wanted to help her and her country. And I have wanted to create my own brand since I was 16, so I thought it made sense to do both. I knew of one company called Charity Water that sold bottles of water to build wells in Africa, so I thought I’d do my own version of that. Everyone drinks water, just like everyone wears shoes.