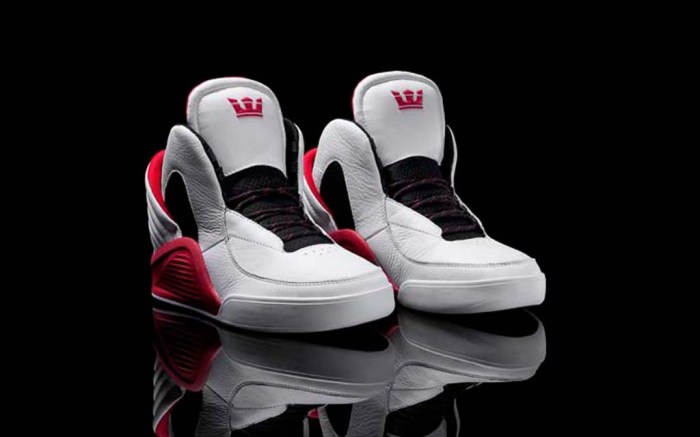 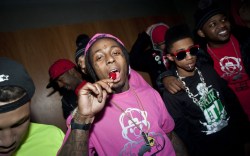 Supra Footwear and hip-hop star Lil Wayne are taking their relationship to the next level with a new sneaker line.

The rap artist unveiled his new brand, Spectre by Supra, at a party in Miami on May 3. The three-style debut collection will roll out at retail during the summer, starting with a high-top called Chimera set to hit Supra’s wholesale partners and own e-commerce site on May 18. The shoes are priced at $125.

“Everybody knows Supra for skate shoes,” Lil Wayne said in a statement, “but now we want people that don’t skate to want to wear Spectre, too. And this first shoe … [is] gonna be crazy.”

Footwear News checked in with Matt Fontana, president of global brands for Supra parent company One Distribution, for his take on the new label and what it’s like to work with the musician.

1. Besides his obvious star power, why was Lil Wayne a good fit to partner with Supra?
MF: The Spectre partnership … came about organically. There has always been a mutual respect between Lil Wayne and Supra. Lil Wayne has been a longtime supporter of the brand, [he] has appeared [wearing] the product frequently and his music is popular among the team and can often be heard playing throughout the office.

2. How will the product mix with Supra’s existing offerings?
MF: Spectre is an entirely new brand that is a reflection of Lil Wayne’s lifestyle, taste and personality. For Supra, the commitment to Spectre is to leverage the resources that exist for footwear creation — merchandising, design, development, sourcing, production, sales and distribution. Spectre fits with Supra because each brand has a completely separate identity. [They] do not need to be complementary but are in many ways.

3. You mentioned the Supra team includes more than a few Lil Wayne fans. What excites you most about the debut of Spectre?
MF: The most exciting thing about Spectre is Lil Wayne’s direct involvement and passion for the brand. Wayne has been incredible to work with. From being present for the launch of Spectre at an industry trade show in Las Vegas and coming out to the office in Fountain Valley, Calif., to hang out and skate with the Supra team to — most recently — hosting all the Spectre retailers at an amazing event in Miami, he has demonstrated his commitment and dedication to business and brand building.