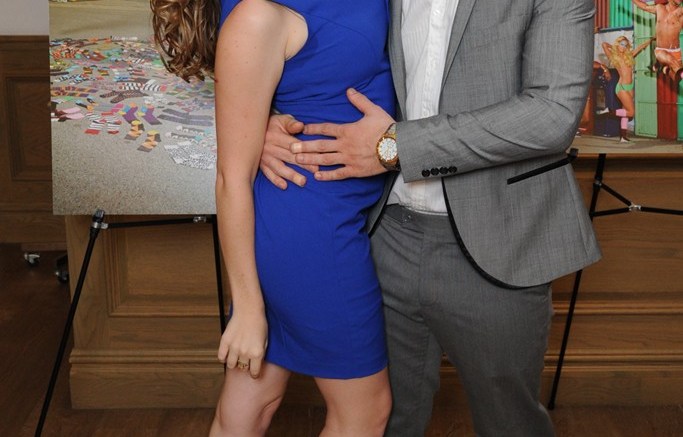 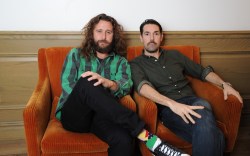 Subversive filmography might not be the first thing that comes to mind at the mention of novelty socks. But the team at Swedish brand Happy Socks got in touch with its provocative side when it commissioned the artist David LaChapelle to create a short film as part of its spring ’14 promotional efforts.

The campaign also includes a print component in the form of vibrantly hued images of scantily clad and nude dancers and models, also shot by LaChapelle. The film stars actress and dancer Katie Johnson alongside her mother and fellow thespian Melody Johnson in the twisted yet whimsical story of a pair of socks that curses the wearer to keep dancing forever. Inspired by the Hans Christian Andersen tale “The Red Shoes,” the 10-minute piece, filled with risqué visuals and dark humor, has garnered substantial buzz and more than 21,000 views on YouTube since it was posted earlier this month.

“We involved all of the elements of David’s style and humor,” said “The Exorsocks” co-director and choreographer John Byrne, who has worked with LaChapelle for more than 10 years. “It is supposed to be ridiculous, surreal, abstract and at the end show that this woman can survive anything and still be happy.”

Mikael Soderlindh, who co-founded Happy Socks alongside business partner and creative director Viktor Tell, added that the plot and other specifics of the project came entirely from LaChapelle’s team. “When we collaborate, we always [give our partners] carte blanche,” he said.

Footwear News also talked to Soderlindh about moviemaking, risk-taking and — what else? — socks.

How did the idea for “The Exorsocks” film come about, and were you worried that it would be too risqué for the sock market?
MS: We reached out to David [LaChapelle] and just asked if he wanted to do something with us. We flew in from Sweden and met these guys [LaChapelle and Byrne] in L.A., and they had just come up with the idea for “Exorsocks.”  [We didn’t worry] because we have been called the rock stars of the sock industry from the beginning. When we started five years ago, there was no other colorful designer sock brand. We said, “Go for it.”

Katie Johnson’s role called for her to dance across rugged terrain including dirt, concrete and glass during the three-day shoot, wearing only a pair of Happy Socks. How many pairs did you go through?
MS: One pair. We didn’t have any more, because they were photo samples. The socks lasted through the end of the shoot, but if you notice, as the film goes on, you’ll see there are holes.

There’s also one shoe moment in the film, when Melody Johnson totters in a pair of oversize stilettos. What’s the story with those?
MS: Those were vintage. When David and John presented the idea [for “Exorsocks”] to us, we were having drinks, and John was wearing these pink pumps and telling us about this serious film idea. I was like, “What the hell?”