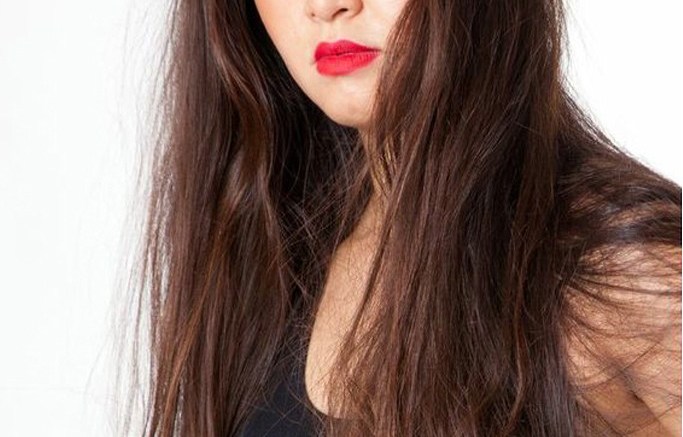 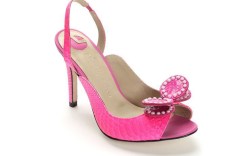 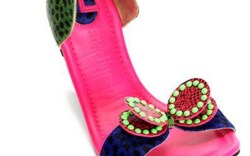 Angeline Lee eschewed academics for art and never looked back.

Though pushed toward books by her creative parents, the Singapore-born, British-raised designer heeded advice from a schoolteacher to begin sculpting at an early age. With no formal training, but a passion for shoemaking, Lee eventually incorporated her skills into footwear design. An education at London’s elite Royal College of Art allowed her to meet mentors such as Manolo Blahnik and Jimmy Choo.

For spring ’12, Lee launched her namesake collection, which garnered considerable attention overseas and attracted retailers including Wolf & Badger in London and Aalis in Hong Kong, as well as e-tailer Jetaimeshoes.com.

The shoes, which retail between $295 and $700, include foldable ballet flats in bold colors and towering platform heels in geometric shapes. They’ve already become favorites among A-listers, such as Alicia Keys and Olivia Wilde.

Here, the designer and new mom sounds off on her early beginnings and what she’s learned through the design process.

1. How did your experience as a sculptor lend itself to footwear design?
AL: Sculpture influences the angle in which you look at footwear. It’s not a traditional viewpoint, but rather it opens up a different angle of footwear like how to handle leathers.

2. Who is the Angeline Lee woman?
AL: Someone who knows all the big brand names, but she’s above all of that and is all about trusting her own style, being really sophisticated but in a quiet sense. [She’s] not living by trend, but she sees beyond just one collection.

3. How has the collection evolved since its first season?
AL: It’s become more of how I would like my collection to be. The key element is keeping some things consistent, like the Zoe loafer, which has been part of the collection since the beginning. It’s been a bestseller for me so I’ve continued with it each season. In a sense, I’m still building my signature.