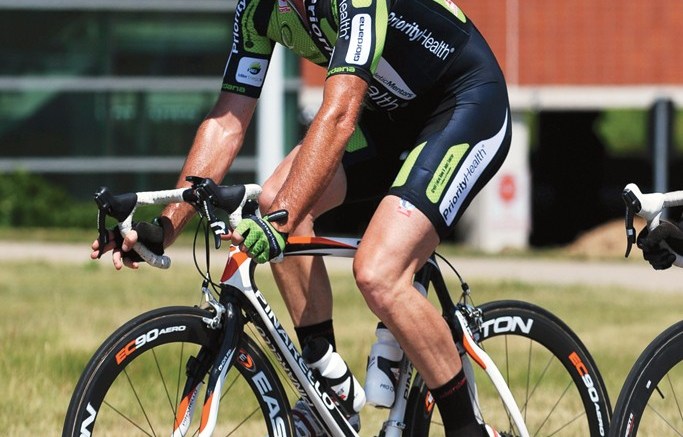 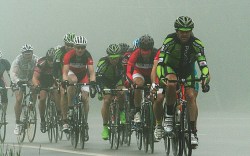 For Brandan Hill, a fascination with bikes started early.

He got his first set of wheels — a fixed-gear kids’ bike — at age 6 while living in cycle-crazy Belgium, where his father was stationed at the NATO headquarters in Brussels. And he’s been riding ever since.

“With four years of living in Belgium as a kid, the cycling culture rubbed off on me,” said Hill, now 45. “It’s been a lifelong love affair.”

“I have this bent for things that require a commitment,” he said. “[Cycling] is not an instant-gratification thing; it’s years and years of suffering in the saddle and being by yourself, and self discovery happens through that.”

After moving back from Belgium, Hill continued riding, through his time at the University of Kansas and eventually in Colorado, where he began his work at Chaco. There, he honed his bike climbing skills on the state’s rugged mountain roads.

All that time on two wheels has affected the look and feel of Chaco.

“A bike is a purely designed, industrial product that solves a problem, and I love the beauty and simplicity of it,” Hill said. “It has to have everything you need and nothing you don’t [because] you’re hauling it to the top of the mountain. I love the efficiency. And it’s a reminder every time I get on my bike that Chaco can be a very restrained, function-driven [product].”

Hill’s connection to the cycling world only deepened when he moved to Grand Rapids, Mich., following Chaco’s acquisition.

In Colorado, Hill said, he had been a solitary rider, despite the state’s reputation as a biking hotspot. “We were in such a remote location that there wasn’t good, organized cycling around me,” he said. “I was basically training on my own.”

But in Grand Rapids, he explained, “the racing scene was so intense. I was pleasantly surprised to find that the level of racing here is really high.”

In fact, shortly after the move, Hill joined the national Priority Health cycling team, and after a year, he went pro. The exec often leads the attack on the team’s masters squad, putting his Colorado time to good use, working on hill stages and riding in the leadout train for the sprinters. And although he’s raced on teams before, this is Hill’s first time at the professional level.

“I’m not a young racer anymore, so this is not a pro contract, where I don’t have to work anymore,” he said. “But the company that sponsors us wants to show that when you get older, you don’t have to just lie around. You can still be active and compete.”

Hill’s team races 40 or 50 times during its five-month summer season, a combination of long road races, time trials and in-town circuit races. And the rest of the year — at least when the snowy Michigan weather permits — he trains on the roads around town.

And as Hill has strengthened his commitment to the sport, the bike-brand connection has gone beyond the aesthetics. He sees parallels between long training rides and tough race stages and his work at Chaco, where he is focused on evolving the brand. Since the acquisition, Hill has been charged with expanding the customer base and broadening the appeal of the niche brand.

“With that Chaco conversation, it’s a journey and there’s constant feedback, and there are details you have to work on,” he said. “[Riding the bike] helps me practice. It’s meditative in a way. I can turn off my brain and pedal hard. And I can bring that quiet mind back to my design and creative direction. They feed each other.”