The Hottest Shoes at the SAG Awards 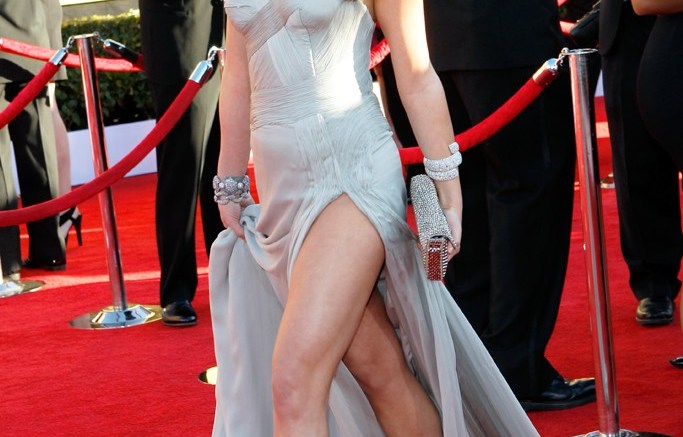 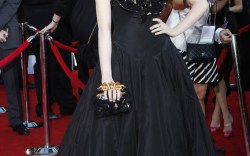 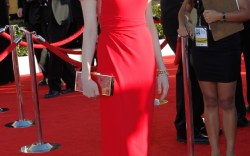 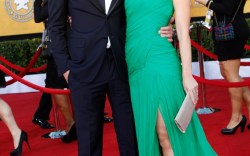 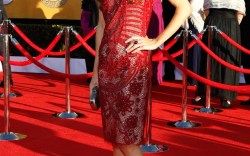 The 18th Annual Screen Actors Guild Awards, held Sunday in Las Vegas, might have been a more-casual, streamlined event than many of the season’s more extravagant affairs, but the SAG soiree certainly had no shortage of stars, style or glamour, especially when it came to footwear.

Emma Stone, star of “The Help,” which took the award for best film cast, was among the few actresses to choose a shorter dress. Her ebony tea-length Alexander McQueen frock made an impression, but so did her black ankle-strap pumps (also by McQueen), which mirrored the dramatic styling of the gown.

Michelle Williams, nominated for outstanding performance by a female actor in a leading role for her portrayal of Marilyn Monroe in “My Week With Marilyn,” opted for footwear to match her gown, too: strappy Roger Vivier sandals in crimson to go with an all-red, ankle-length Valentino shift with lace accents.

Tilda Swinton, another nominee for best female actor, was spotted in head-to-toe Lanvin (a departure from the actress’ go-to designer Haider Ackermann), including a pair of bronze platform sandals peeking from the hem of her simple long-sleeved white gown.

And the “Glee” girls created some footwear moments of their own. Heather Morris walked the red carpet in peep-toe platforms from Giuseppe Zanotti Design. The silver slingbacks stood out against Morris’ black leather dress from Masai Payan, and the shoes were also highly visible, thanks to the gown’s sheer overlay and side slit.

Another side-slit gown, from Versace, revealed metallic pointy-toe pumps from Casadei on the feet of Lea Michele.

Other notable footwear choices included “Dexter” star Jennifer Carpenter’s nude Jimmy Choo platforms, which provided a subdued yet elegant finish to a knee-length, lacy beaded dress from Emilio Pucci; and lace platforms  on Zoe Saldana, who sparkled as a presenter in a long white dress from Givenchy with a strategically placed side slit that offered an occasional peek at the shoes.

Several leading men also wore sleek footwear styles. “Modern Family” actor Ty Burrell and Iqbal Theba of “Glee” attended in Brooks Brothers. Also shod in Brooks Brothers was Paul Giamatti, who donned the label from head to toe and took the award for outstanding male actor in a television movie or miniseries for his performance in HBO’s “Too Big to Fail.”