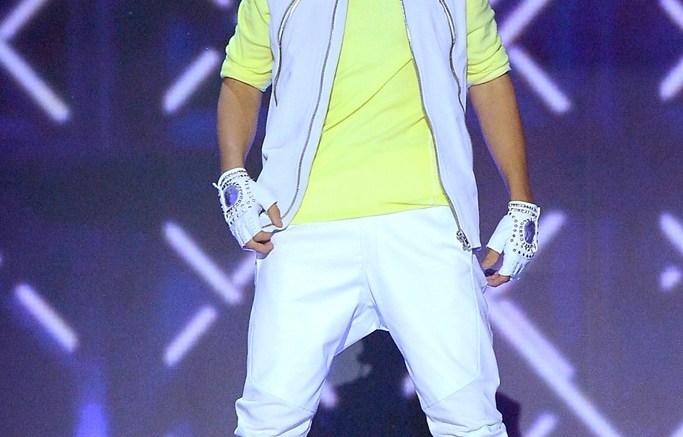 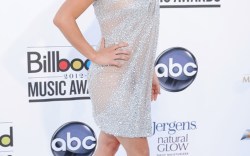 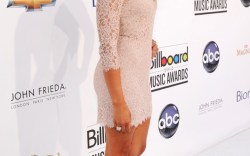 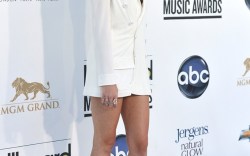 Music artists and celebrities rocked the red carpet — and the stage — in playful footwear looks at the Billboard Music Awards on Sunday.

Justin Bieber performed in studded sneakers by Giuseppe Zanotti, while Carrie Underwood also sported a look by the designer during one of her many wardrobe changes (she sat in the audience wearing studded stiletto booties).

Jordin Sparks opted for a short frock for her arrival, pairing her dress with a strappy look by Diane von Furstenberg that included a diamond-encrusted heel treatment.

Julie Bowen and Ty Burrell of “Modern Family” hosted the evening event at the MGM Hotel in Las Vegas.