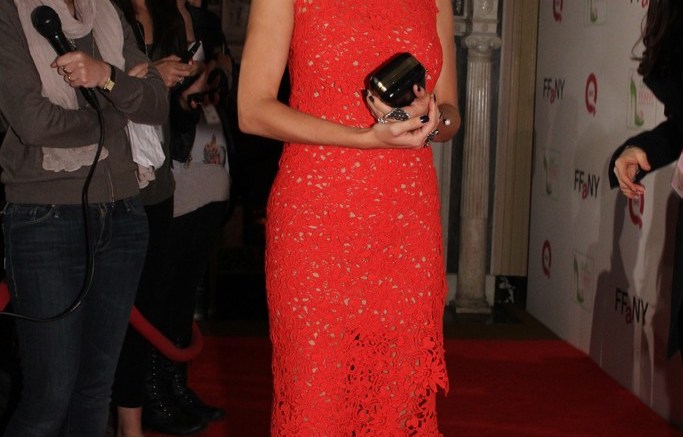 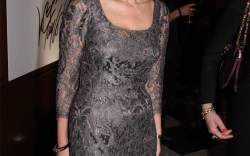 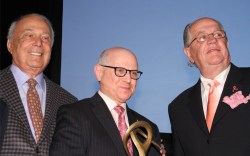 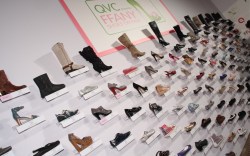 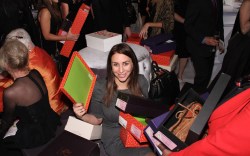 Shoes on Sale did it again.

“It just seems to get bigger every year. It’s fabulous to be here and actually watch it all come together,” said QVC CEO Mike George. “We’ve got a record number of shoes donated and it’s a great turnout, so it’s another great year.”

While both George and FFANY CEO Joe Moore sported pink ties to show their support for the evening’s cause — breast cancer research — Moore took it a step further with a footwear look by H.H. Brown featuring pink suede contrasts.

Meanwhile, guests were invited to shop the donated merchandise in the Shoe Salon, which showcased more than 90 brands. This year’s spokesperson, Nicole Richie, was in on the shopping and joked that her House of Harlow 1960 line stole the show. When asked her favorite look to peruse? “My shoes, of course,” she said, citing the Madison as her personal favorite style.

Designer Ruthie Davis also was on-hand and donated several looks for the fundraiser. “We took it up a notch this year. It’s a cause I want to support as a female designer,” she said, while also hinting that men’s shoes will be added to her label for fall.

Vince Camuto made the rounds with Liz Rodbell, EVP and chief merchant for Hudson’s Bay Co., whose Lord & Taylor group received the Retailer of the Year Award (presented by Camuto). “Liz has been a friend of mine for years, and we love working with her,” said Camuto. “We love what Lord & Taylor is doing and we’re excited to be part of presenting the award to them this year. It’s an honor for us.”

Another big name in the room was TV actress Kristin Cavallari, who introduced Tory Burch as a presenter. Cavallari, whose own capsule collection with Chinese Laundry debuts for spring ’13, noted that she was a “big fan” of the designer and her footwear.

Burch then took the stage to present the Jodi Fisher Humanitarian Award, given posthumously to Evelyn Lauder of the Breast Cancer Research Foundation. Dr. Larry Norton was on-hand to accept the honor.

Actress Helena Mattsson of ABC’s “666 Park Avenue” also showed her support for the cause and attended the event with Carmen Marc Valvo, while sporting an exclusive strappy sandal from the designer’s spring ’13 Vintage Shoe Co. collection.

Volvo himself chose a vintage look by H.H. Brown and hinted that there’s more to come from the two teams.

The evening wrapped with a dance party at the “FFANY Club,” and the on-air QVC sale kicks off Wednesday.