On the Town During FFANY 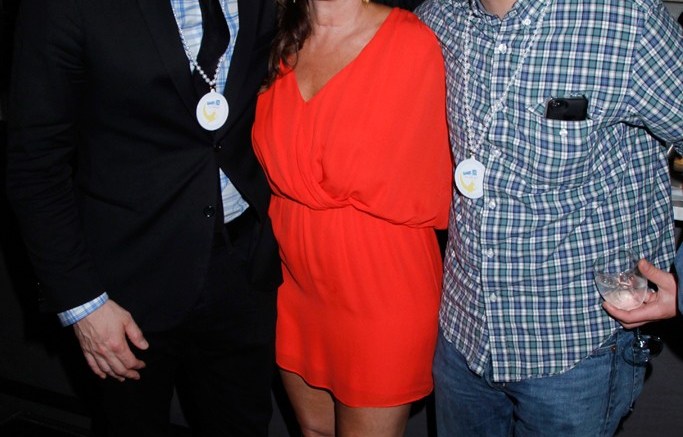 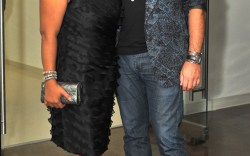 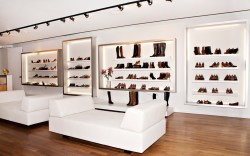 YP210’s Moonshine Party
It was a big week for the Two Ten Footwear Foundation. The organization hosted its board meeting, received a $1.5 million donation and topped it off with the New York YP210 chapter’s fourth-annual fundraiser on Thursday. The evening’s festivities also honored Footwear News Editorial Director Michael Atmore, West retailer Lester Wasserman and Farylrobin founder Faryl Robin Morse. Each of the evening’s honorees will host an event for young footwear professionals later this summer.

H.H. Brown’s Summer BBQ
H.H. Brown was party central on Thursday, hosting a FFANY summer BBQ at its New York showroom. The event coincided with the reveal of its newly expanded space at 1441 Broadway in New York. Helping to usher in spring ’13 were special guests designer Carmen Marc Valvo and “The View” co-host Sherri Shepherd, who was spotted in a pair of Isola’s Damani style.

Harbor Footwear’s Rooftop Party
Harbor Footwear Group invited guests to sip cocktails on the rooftop of the Gansevoort Park Avenue Hotel on Thursday. Industry executives there included JCPenney’s Nick Wooster and Manny Chirico from PVH Corp., as well as former basketball player Cal Ramsey and Constantine Mouralis from Broadway’s “Rock of Ages.” VP Jason Lazar, whose grandfather Murray Friedman founded the company, said the event served a fun opportunity to celebrate with retailers and guests. Lazar said he and cousin Jamie Kreitzman, VP of sales, are committed to bringing Harbor’s roster of brands to the next level. “We offer fashion at a good value. We want to [now] push the envelope.”

CC Corso Como’s New Digs
A guitarist entertained and wine flowed as CC Corso Como feted its first U.S. showroom, in midtown Manhattan on Thursday. Company executives in attendance included Carlos Kray, CEO of CC Corso Como’s U.S. arm, Opportunity Shoes LLC; and Opportunity Shoes President Max Harrell. Kray said opening the 1,800-sq.-ft. space was a natural next step for the 6-year-old brand. “We are growing the brand organically,” the CEO said. “The showroom is a natural extension of this and a way for our U.S. customers to have better exposure to our product.” Harrell added that the company searched for about a year before it found its new digs, which happen to be in the same building as showrooms for Steve Madden, Titan Industries and a number of other big-name players. “We were just looking for the right space to open up,” he said.