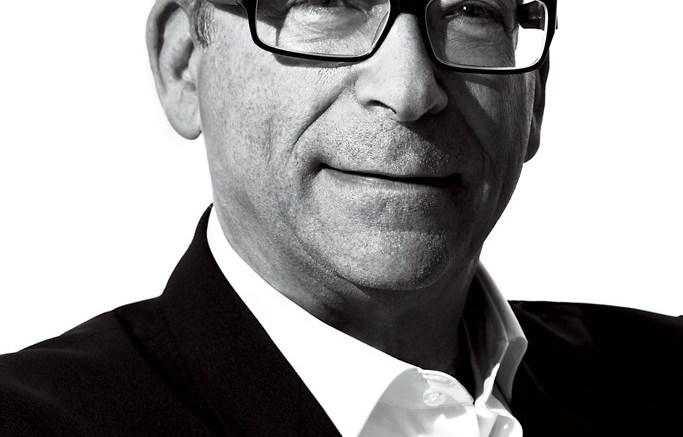 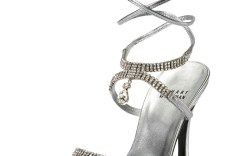 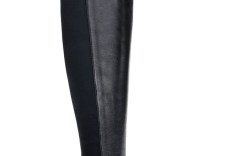 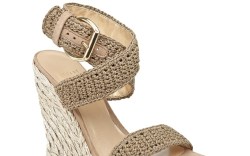 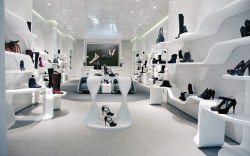 Stuart Weitzman calls on the phone after a long day working in his factory in Spain. It’s 11 p.m. there, but he’s ready to talk footwear. In fact, the designer is sketching a new look while taking questions.

That passion has been evident since he started in his father’s shoe company about 50 years ago. Weitzman’s talent for design was apparent early on, but he quickly found he had an aptitude for all aspects of the business. As a craftsman, he knows how to split a pattern to save a dollar’s worth of leather. And he has always focused on fit and construction as much as the look of each style.

Weitzman’s expertise is one reason his namesake label is just as relevant today as it was when he founded it 26 years ago. Since then, he has inspired tremendous loyalty among consumers, selling 2 million pairs of shoes a year in about 70 countries.

Mainly an evening shoe brand at the outset, Stuart Weitzman has over time expanded to include a variety of footwear categories, as well as handbags. That’s one way, the designer said, that everything stays fresh for him year after year.

“I’m always on to mini projects, a lot of which I use as groundwork and education tools for our main business,” he said. “Whether they stay mini, or disappear after a few years, really is not that important.”

For example, when Stefani Greenfield needed a footwear partner for her Theodora & Callum line a couple of years ago, she called on Weitzman to make some casual espadrille wedges. “People don’t do startup shoe brands, but Stuart is such an amazing friend, partner and visionary that he agreed to jump on board with this,” Greenfield said. “We had the best time.”

The project inspired Weitzman to invest more in his own casual espadrilles, launching the super-successful Alex wedge, which has been photographed on Jennifer Aniston, Rachel McAdams and Eva Mendez. Similar casual looks such as the Minx and Corkswoon wedges have been seen regularly on fashion-icon-in-the-making Kate Middleton.

Celebrity stylist Jennifer Rade dresses her clients in Weitzman’s shoes and also wears his 50/50 flat boots when she’s working the red carpet. “In the footwear world, he’s got amazing variety, and that’s what separates him from a lot of other people,” said Rade. “Stuart Weitzman is really something for everyone — I don’t care if you’re 18 or you’re 68.”

Indeed, Weitzman understands the power of footwear trends. He’s been known to walk down Fifth Avenue in New York and take note of every woman’s shoe choice.

“He really seems to have a great appreciation for what’s going to hit fashionwise, and then creates something that is uniquely his,” said broadcast journalist Katie Couric. “I have worn my patent beige pumps to death, even though I never look quite as good as Kate Middleton.”

Still, Weitzman said, he will never make what he calls monster looks. “I never made ugly shoes,” he said. “You have to stick to what you’re known for and keep making it better.”

Lane Crawford has carried his line for nearly 20 years for that very reason, said Peter Harris, president of Pedder Group, which operates the shoe department at Lane Crawford, as well as its own stores. The label is consistently in the top five at Lane Crawford in terms of sales, Harris added.

“The most interesting thing about Stuart’s brand is that it’s one of the most consistent in terms of performance,” he said. “He’s managed to remain very relevant, and he’s done it through being able to read the market and move with it. There’s so much credibility with that brand that when he comes up with a [new] proposal, like [boots], customers are clearly very willing to accept it.”

Pedder Group also runs standalone stores for Weitzman’s brand in Hong Kong and Singapore, and another location is scheduled to open in Shanghai early next year.

Global retail growth has accelerated for Weitzman, through franchise deals in India and Italy, as well as new stores in Australia, the Middle East and the U.S. The company now has 90 stores in the U.S. and abroad, and plans to reach 125 by the end of next year.

Other recent initiatives include the fall ’12 launch of SW1, a high-end label with a fresh design sensibility, and the return of Young Hollywood Cares, a collection co-created by rising starlets to benefit ovarian cancer research.

Measured growth is a shared goal of Weitzman and The Jones Group Inc., which will take a full stake in the brand at the end of this year (it bought a 55 percent share in 2010).

But even as Weitzman lets go of his remaining interest, he said little will change. He will still spend half the year at the factories in Spain, act as lead designer, handle the PR and marketing team and even write orders at trade shows.

In addition to the growth potential that The Jones Group sees in the brand, Weitzman’s mastery of his business and hands-on approach has made the acquisition a success, said Jones Group CEO Wesley Card.

Echoed Greenfield, now creative director for Jones Group (thanks to an introduction by Weitzman, himself), “Stuart’s not hands-on; Stuart is deep in — like bodily immersed. He’s involved soup-to-nuts with everything, from concept to consumer. There’s nothing that doesn’t touch Stuart.”

And that’s just how Weitzman likes it, although he credits his team — many of whom have worked with him for decades — as being integral to his success over the years. His wife, Jane, also worked for years at the firm, helping to create the family atmosphere that has proved too difficult to give up.

“Who retires from a hobby?” Weitzman says over the phone from Spain. “I’d rather do this than watch a rerun on television.”

A Few Recent Hits…
Million-Dollar Shoe
In 2002, Stuart Weitzman angled for footwear to take a more central place on the red carpet at the Oscars. He put $1 million worth of jewelry on a sandal for “Mulholland Drive” actress Laura Harring to wear at the event. The designer describes it as a tipping point for his company.

50/50 Boot
When Weitzman aggressively moved into the winter-boot category a few years ago, he started a major trend in high-end footwear. The 50/50 over-the-knee flat boot continues to be a slam dunk. Angelina Jolie, Gwyneth Paltrow and Sandra Bullock are just some of its celebrity fans.

Alex Wedge
The espadrille wedge with crochet upper was a hit from the start, winning celebrity fans and regular customers alike. It was an instance “where we have had as hot a women’s shoe on the market as any other brand at any price. But not because we planned it — the shoe earned it,” said Weitzman.

…On Stuart
“He operates on a true left- and right-brain mindset. The combination of creativity and a superb eye with business acumen is very hard to find today. He is attuned to what his customers want. He listens to what his customers are saying. I also think he’s one of the nicest, most gracious men in the industry.”
— Ken Downing, SVP & fashion director, Neiman Marcus

“How does one begin to talk about one’s mentor and best friend? I’m so lucky to have had all these [30-plus] years listening and learning at his side, but I am not alone in having put in many years under Stuart’s tutelage. All who work with him learn how he is unselfish about teaching and giving us his experience. It’s infectious — you want to learn more, do more and do it better.”
— Barbara Kreger, EVP, Stuart Weitzman Holdings LLC

“You could actually say we’ve only been married half the time because he’s been away [that long]. … But I’ve never been surprised by anything he did because I know how smart and talented he is. I’ve always had faith in him, and it never occurred to me that he wouldn’t be successful.”
— Jane Weitzman, wife of 45 years

“Stuart built a business model a long time ago that I don’t think anybody could duplicate today. Stuart is obsessively committed. He creates enormous breadth of offer, and he’s always been very respectful of his position. He’s not trying to be somebody else. Stuart wants to be Stuart, and he does it pretty damn well.”
— Ron Frasch, president & chief merchandising officer, Saks Inc.

“I have several examples during the financial crisis, when it was very hard in Hong Kong, and I had to go to some of my vendor partners to carry me through a period of time, and Stuart was consistently the most responsive. His character is reflected in the culture of the organization — very calm, very long-term, very solution-driven. He has an enormous capacity to give.”
— Peter Harris, president, Pedder Group

“His greatest strength is his integrity and values. He never makes a decision based on money. It’s always based on ethics and morality. That’s one reason I feel that Stuart is family and I’ve always stayed with him [these 23 years]. It’s the one lesson I will take to the grave: It’s not about a quick buck but doing the right thing. That’s what people remember when you go.”
— Wayne Kulkin, vice chairman, Stuart Weitzman Holdings LLC