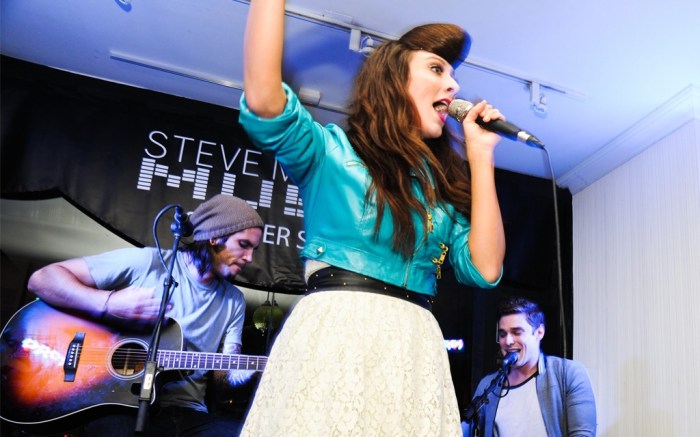 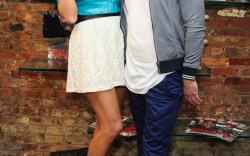 Steve Madden kicked off the brand’s fourth annual Summer Concert Series at its Lower East Side store in New York on Wednesday with a performance by pop duo Karmin.

Footwear News caught up with vocalist Amy Heidemann and keyboardist Nick Noonan, who said fashion is closely tied to their music. “I’ve always been the girliest girl ever,” Heidemann said. “Growing up in Nebraska, you don’t have a lot of access to [fashion labels]. Now that we have a [record] label and stylists teaching us about brands, it’s so exciting.”

“What we do is very visual,” Noonan added. “It’s important to match it with a visual [style].”

Karmin, whose debut album dropped Tuesday, has taken that notion even further, serving as the first guest curators for the music-inspired e-commerce fashion site, Popduststyle.com. The duo selected apparel, shoes and other accessories to sell on the site, and they starred in a “Popdust Dressing Room” video modeling their picks. Steve Madden footwear is featured prominently in the mix. “To me, an $80 pair of shoes is still very luxurious,” said Heidemann.

Before taking the stage in front of a packed house, the Boston-based Karmin spoke with Steve Madden and enjoyed some beats from DJ Kalkutta. “New York is so cool,” Heidemann gushed between songs. “I think we might have to move here.”