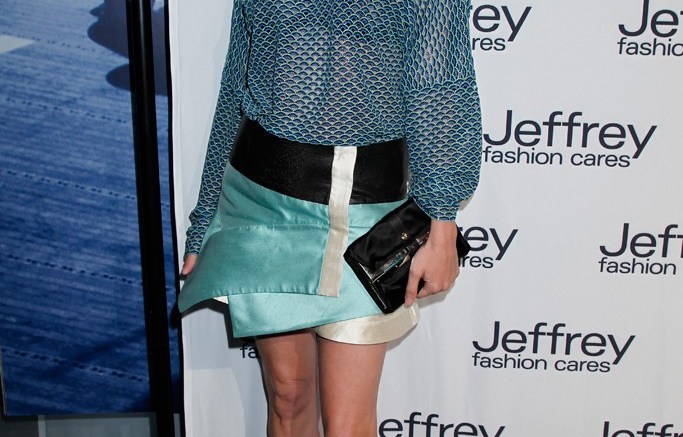 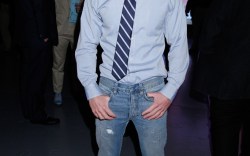 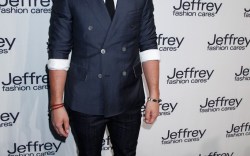 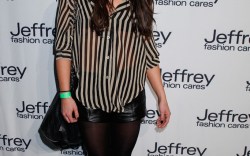 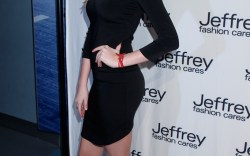 The annual Jeffrey Fashion Cares fundraiser brought out a slew of celebrities, including Joe Jonas and Chloe Sevigny, who chaired the evening’s event.

About 1,200 guests attended the cocktail, auction and fashion show, which benefited the LGBT community, as well as nonprofits that serve people living with HIV and AIDS. It was held once again in the cavernous Intrepid Sea, Air & Space Museum on Manhattan’s West Side.

“Seeing the industry come together is great,” said event founder Jeffrey Kalinsky, EVP of designer merchandising at Nordstrom and founder of the Jeffrey stores.

Click here to see more images from the event

In addition to Sevigny, who sported a pair of black Proenza Schouler pumps, other big names at the event included model Irina Shayk in Christian Louboutins; designer Richie Rich in a pair of Marc Jacobs lace-up boots; and model Kate Upton, who donned Louboutin pumps embellished with crystals that prominently featured the word sex.

Joe Jonas also was on hand and his arrival prompted a photo-blitz on the red carpet. The musician said it was his first time as a guest at Jeffrey Fashion Cares.

“I’m excited to see the [fashion] show,” he said. “[This event] is incredible, it’s inspirational. The fact that we can encourage young designers to give back is important.”

Also spotted in the crowd were designers Olivier Theyskens and Joseph Altuzarra, and actress Shenae Grimes.

Jeffrey Fashion Cares has raised more than $9 million since 1992 and has donated more than 90 percent of those funds to other nonprofit organizations. In addition to its goal of raising money and awareness, Monday’s event also marked the first bestowal of the Jeffrey Fashion Cares Community Leadership Award. The award, which honors an individual or organization that has bettered the lives of people in the LGBT community and people living with HIV and AIDS, went to Terrence Merck, founder and executive director of The Palette Fund.

Kalinsky said he was excited to see how his fundraising event, established in Atlanta in 1992 and New York in 2003, has grown in both cities.

“It’s like having a 20-year-old daughter and a 9-year-old son,” Kalinsky added. “You love them both, and you can’t choose between them.”