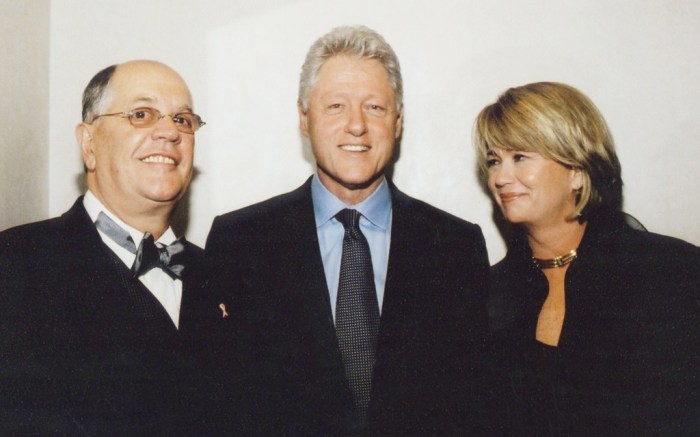 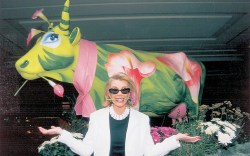 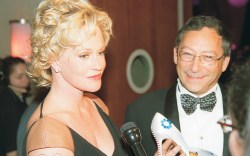 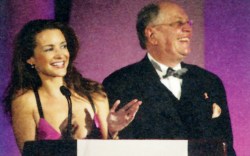 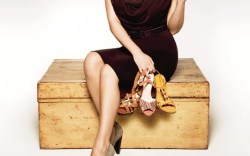 When Joe Moore arrived at FFANY in 1999, Shoes on Sale had already grown from a fledgling fundraiser held in a tent in New York’s Central Park to a must-watch QVC broadcast that raked in millions of dollars for the fight against breast cancer. But Moore had an even bigger vision for the charity.

“It was already such a successful event, but I wanted to take it to the next level,” said the FFANY president and CEO. “I wanted to do more.”

Drawing from business experience gained during his time at Saks Fifth Avenue and Neiman Marcus, Moore worked to expand the event. His first step was to hire a fundraising consultant to help guide Shoes on Sale and establish it as a nonprofit organization. Moore also raised the stakes by soliciting cash contributions from footwear firms and individuals in addition to shoe donations, significantly increasing the charity’s monetary impact. And to ensure that all revenue generated from the QVC sale could be preserved for the cause, he started selling tickets to the industry gala in New York to cover the cost of the event.

In addition, the executive added a designer salon, giving partygoers a chance to shop for half-price shoes not available as part of QVC’s broadcast. “We glammed up the industry party and made it more of a draw,” Moore said. “It became an added value and gave us operating money for the next year.”

Moore, a longtime lover of Hollywood, also infused star power into Shoes on Sale by tapping celebrities, including Sheryl Crow and Nicole Richie, to be featured in TV and print PSAs.

“The PSAs have added a lot of glamour and prestige to the event and helped us garner greater exposure across the country,” he said. “Some of these celebrities have a personal connection to the cause, so it makes it that much more meaningful. Sheryl Crow, for example, is a breast cancer survivor who is alive today [due in large part to] a surgical procedure developed with funds donated by Shoes on Sale. It’s pretty amazing to think about.”

Moore’s efforts to step up Shoes on Sale have clearly paid off. Under his leadership during the past 13 years, the event has more than tripled the amount of money raised for breast cancer research and education.

To date, roughly $40 million has been donated to institutions including The Breast Cancer Research Foundation, The Abramson Cancer Center of the University of Pennsylvania and John Wayne Cancer Institute at Saint John’s Health Center. “Every year, we try to raise the bar even higher and it just keeps building,” Moore said.

Mike George, CEO of QVC, called Moore’s tireless work in building Shoes on Sale inspirational. “Without Joe, Shoes on Sale wouldn’t be the success it is today,” George said. “[His] passion for the event, his close collaboration with QVC, his efforts to rally an entire industry and his complete dedication to the quest of eradicating breast cancer are as vibrant as ever. Joe is a determined colleague who lets nothing get in the way of his goals. At QVC, we have had to run hard to meet his challenge to do more, do it better and do it faster.”

For the medical community, Moore has been a champion and friend.

“Without [Joe’s] commitment to curing the disease, many critical projects never would have been funded. Because of the nature of breast cancer research, it is always difficult to say that funds from any one organization were solely responsible for a specific advance. But I don’t think I would be exaggerating in saying that without Joe’s support and the support of FFANY, we would not have been able to make the progress we have over the past 15 years,” said Dr. Eric Winer, director of the Breast Oncology Center at Dana-Farber Cancer Institute, a longtime Shoes on Sale beneficiary. “Joe’s passion and his tremendous enthusiasm for the breast cancer cause have kept [Shoes on Sale] growing year after year.”

Moore deflects praise, crediting the success of the charity to the steadfast support of QVC and the footwear industry, which steps up each year by donating hundreds of thousands of shoes. “We couldn’t do this without the generosity of our colleagues in the shoe business,” Moore said. “They’ve really taken this cause to heart [and] made it a ‘must’ to be part of.” He added he is especially grateful to Shoes on Sale’s largest benefactors — Nine West, Brown Shoe Co. and Camuto Group — which annually donate well in excess of $500,000 in footwear.

He also said Shoes on Sale wouldn’t be the charitable force it is today without the vision and determination of its co-founder, the late Jodi Fisher. Fisher was inspired to create the fundraiser by her mother’s own battle with breast cancer. “Jodi’s personal commitment to Shoes on Sale never wavered. She was always there with her support,” Moore said. “Each year, when I help present the FFANY Jodi Fisher Humanitarian Award, I feel good knowing Jodi would be so touched by us showing our appreciation for her great work.”

Although Moore said organizing such a sizable endeavor comes with its share of challenges, he is proud to have been involved in shepherding the event over the years. “It feels good to be part of something so rewarding,” he said. “[Shoes on Sale has] helped me understand what it means to give where it counts. The shoe industry is driven by women, and the majority of QVC’s customers are women, so I can’t think of a more important cause [to unite us] than defeating breast cancer.”

Next year marks Shoes on Sale’s 20th anniversary, and Moore and his team are planning a few special surprises to mark the milestone. It also will be Moore’s last year at the helm of the event, as he is set to retire from FFANY in 2014.

While he said it will be difficult to step away from a project that has been so close to his heart, his real wish is for Shoes on Sale to one day go out of business.

“My hope is that a cure for breast cancer is found and we can close up shop or direct our efforts to a new cause,” he said. “That would be an amazing moment.”