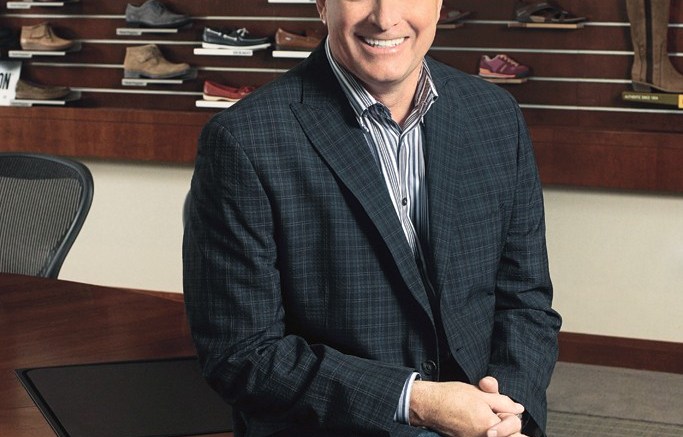 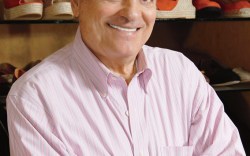 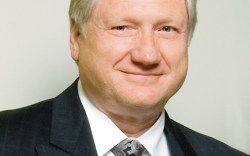 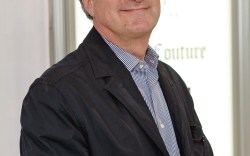 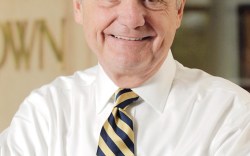 Industry executives weigh in on the FFANY chief’s dedication to footwear.

Larry Tarica
Co-president of the footwear division, LF USA
“We have been so fortunate to have Joe be part of our industry, as our longtime FFANY leader and an overall collaborator. The years I spent as chairman of FFANY were enjoyable largely due to Joe’s partnership. We can all appreciate his unwavering dedication to breast cancer research, all the while shepherding these accomplishments with his characteristic dignity and modesty. All of us in the footwear industry owe Joe our appreciation and accolades.”

Blake Krueger
Chairman, president & CEO, Wolverine World Wide Inc.
“I’ve had the pleasure of working with Joe for many years and have enjoyed his partnership and leadership [on] the FFANY board. He’s a unique and highly successful individual, and one who’s had a significant impact on the footwear industry. His extensive experience working on both the wholesale and retail sides of the business has helped build FFANY and Shoes on Sale into one of the best shoe shows and finest and largest fundraisers in the industry. Joe’s tireless dedication to FFANY and the industry is reflective of its sustained growth and the huge impact of its charitable endeavors. He always keeps his finger on the pulse of what’s going on globally in the industry and translates this in a meaningful way into the fashion footwear segment of the market.”

André Assous
Founder, André Assous
“I met Joe at Charles Jourdan, and over the years we’ve had a special friendship. He’s responsible and likeable. He’s done a fantastic job handling FFANY and Shoes on Sale. It’s a fantastic accomplishment. I’m sure when he [retires] he will miss the people in the business.”

Ron Fromm
Chairman, Brown Shoe Co.
“Joe, first and foremost, is a quiet, determined, focused and effective leader. He bolstered FFANY as a brand [due to] his early learning [skills] at Charles Jourdan, [where he developed] a brand-consciousness. He has a love for the New York fashion market. He is an endless ambassador and supporter of education in the footwear industry [in promoting] Ars Sutoria. He’s also used celebrity to increase awareness of QVC Presents ‘FFANY Shoes on Sale.’ His leadership has been good for FFANY and the industry in raising the level of awareness [for both]. He also likes to have fun and has made FFANY parties fun. He believes in a happy industry. Joe is always trying to make FFANY contemporary for the future.”

Danny Schwartz
CEO, Schwartz & Benjamin
“I met Joe when I came into the industry in the late 1970s. He was then president of Charles Jourdan, at the time one of the elite brands in the industry. Through the years, I got to know him through industry functions and spent a lot of time with him on FFANY matters. He told me stories of when, as a young buyer at Neiman Marcus, he’d have lunch with my grandfather Benjamin and uncle Harry, who would [on occasion] get him drunk. [However], he learned a lot from them. He has a wonderful skill set, is a self-starter and very strategic.”

Eli Footer
Former co-chairman, Schwartz & Benjamin
“I met Joe when he was 19 and a buyer at Bullock’s shoe department. [After he had] made strides there, Neiman Marcus was looking for a shoe buyer and interviewed him at our [company’s] offices. While at Neiman’s, he did things that were so creative, forward and ‘with it’ — [particularly] the way he merchandised product. After Neiman Marcus, Roland Jourdan of Charles Jourdan hired him to run the [U.S.] business. It was an international company and he was the eyes and ears of the business in America. He made an impact, [especially] with its Fifth Avenue store.”

Dick Jacobson
Former president, FFANY
“I became close friends with Joe when he was at Charles Jourdan. From the very beginning, he supported FFANY. He was welcomed by me as then-FFANY president with open arms. He was a wonderful choice [to succeed me]. He had the skills that would be needed when I left. He had the executive abilities I didn’t to hold it together and make it grow — he was forward-thinking. It was luck that someone like him was available.”

Jim Issler
President & CEO, H.H. Brown
“Joe Moore has been an example of humility, passion and hard work while serving as president of FFANY for many years. His accomplishments are many, and the success of the Shoes on Sale charity event is one prime example. It took a special kind of individual with unique skills to work with our industry’s retail and wholesale executives and focus their energies, which Joe did, and for that we will be forever thankful.”

Scott Silverstein
CEO, The Silverstein Co.
“First, I consider him both a friend and a mentor. His years of industry experience before FFANY and FFANY’s now-unique position within the industry make him a great person to talk to. On his watch, FFANY reclaimed its position as the premier fashion footwear show, as well as deepened its charitable partnerships with many new plans for the future. I’m very happy that Joe will be with me during my upcoming tenure as chairman, as well as helping us through the transition.”

Rick Muskat
EVP, Deer Stags Concepts
“I’ve been acquainted with Joe for more than 35 years. I have gotten to know him well over the past few years while working on the FFANY board. [We’ve] developed ways to expand FFANY’s reach in the men’s fashion sector. He not only grasps but fully embraces how technology can be employed in enhancing FFANY’s importance and influence in our industry. This is evidenced by the e-learning project he’s championing to expand the knowledge of shoemaking to all who work in the footwear industry. Joe’s passion and dedication to FFANY and the shoe industry is only surpassed by his humanity.”

Debbie King
VP & DMM of women’s shoes, Bloomingdale’s
“Joe Moore is a fixture in the footwear industry and has been a proven leader. He has had such a positive impact on our trade. I commend his commitment and efforts to build long-standing relationships with the many designers and retailers [in our business].”