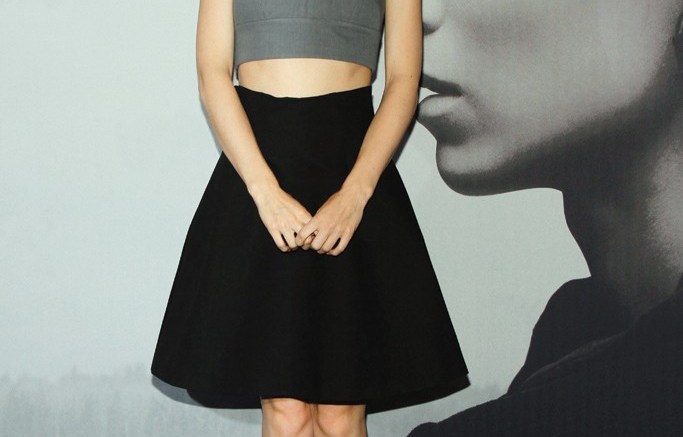 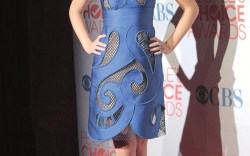 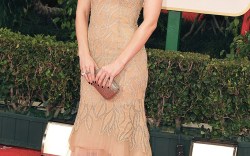 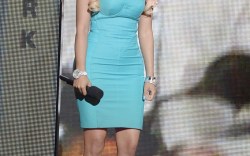 A new crop of celebrities is poised to define fashion in 2012.

While influencers come and go, this year’s group of new stars — appearing in blockbuster movie sequels, book adaptations and TV sitcoms — are younger than ever, but wield far more fashion clout than their predecessors, said industry watchers.

And these fresh-faced starlets are having a dramatic impact on the spending patterns of their fans.

Helen Job, director of lifestyle and culture at Stylesight, noted, “[Younger celebrities] are really important [when it comes to fashion consumption]. They really influence impulse buying, and retailers benefit from that sort of speed-to-market turnaround of product.”

Footwear News canvassed a number of shoe designers and stylists to determine the new names worth noting.

Rooney Mara, star of “The Girl With the Dragon Tattoo,” got the biggest vote of confidence for her cutting-edge allure.

“She has become a style icon,” Bloch said of the 26-year-old actress, who is often spotted wearing styles from Brian Atwood and Christian Louboutin.

But some observers added that consumers are also responding to celebrities with a more down-to-earth vibe, such as Shailene Woodley, who made her film debut with “The Descendants;” and Emma Stone, who broke out in the 2011 film “The Help” and has recently worn Lanvin and Brian Atwood on the red carpet.

“[Stone] is getting a lot of coverage and interest,” Job said. “She is not super new, but she is moving up to the A list. She is young and she doesn’t have the traditional Hollywood look. She seems a little more attainable, and everyone likes it when there is someone fresh on the scene.”

Other up-and-coming trendsetters include actresses Jennifer Lawrence (who annouced the nominees for the 84th Academy Awards in a pair of Brian Atwood Maniac pumps), Elizabeth Olsen, Zooey Deschanel and Amanda Seyfried. Olsen, the younger sister of Mary-Kate and Ashley Olsen, made a name for herself with her starring role last year in the independent film “Martha Marcy May Marlene” and grabbed some attention at the Sundance film festival last week.

Designer Betsey Johnson predicted that the films “The Girl With the Dragon Tattoo” and “My Week With Marilyn,” both of which capped off 2011, are likely to have a lasting fashion impact.

Meanwhile, Job listed the much-anticipated March release of “The Hunger Games” as a possible influencer, as people are already buzzing about the Alexander McQueen gold peep-toe booties seen in preview clips.

Although the upcoming TV series “Smash” boasts some big names — in particular, Anjelica Huston and Debra Messing — Johnson and Bloch said the show’s younger stars, such as Katharine McPhee, will be the ones turning fashion heads. The series centers on the lives of a group of Broadway actors and producers making a musical about Marilyn Monroe. “There’s something to it,” Bloch said. “It’s a little bit ‘Fame,’ it’s a little ‘Sex & the City,’ and it’s a little ‘Flashdance.’”

Job also pointed to a newer face on the scene: New York rapper Azealia Banks. Her music was the backdrop for the recent menswear show by Mugler, whose creative director, Nicola Formichetti, is also Lady Gaga’s stylist. Banks is expected to be a fashion pacesetter in the same vein.

But Job said there is also a softer aesthetic making its way onto the music scene, and from there to the fashion scene. “There are a lot of bands like [British indie group] Summer Camp that have a sort of dreamy, almost nostalgic style — for both the [sound] and the look,” she said. “It’s quite pretty.”

Those might seem like two extremes, but Job noted that’s usually the case with trends in the market. “It all depends on which style tribe or consumer category you fall into,” she said.

And Bloch put it this way: “We are all over the place. It’s harder for a trend to go away than for one to hit. When something hits big, it just keeps going.”