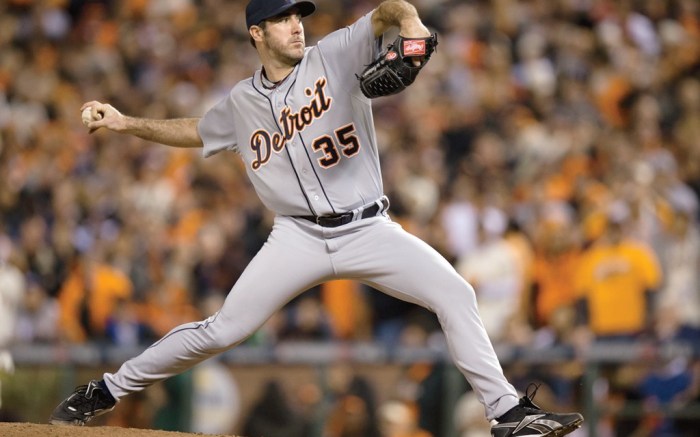 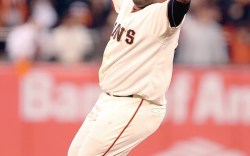 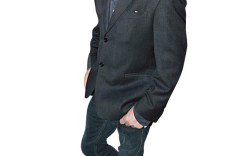 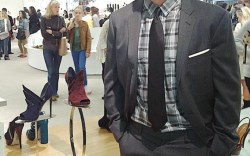 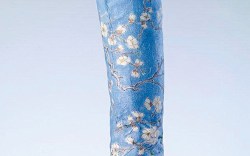 Batter Up
The race for the pennant is on. As the San Francisco Giants and Detroit Tigers face off in this year’s MLB World Series, baseball fans in the industry are showing pride for their favorite team. “We’re from Detroit, so we’re stoked that the Tigers are back in the World Series,” Shawn Ward of Shane & Shawn told Spy. “I even have the Tigers logo tattooed on my arm.” And though twin brother and partner Shane Ward is in China tending to business, the duo could still catch a game in person. “If a deciding game is in Detroit, we may head back and go watch it at Comerica Park to see our first championship since 1984,” Shawn said. Out on the West Coast, designer Dana Davis said she’s picked her side in the competition. “I’m rooting for the Giants to support the California teams,” she said. “One of my best friends is a huge Giants fan and won me over this year.” But not everyone has their eyes set on the final games of the season. Expectant father designer Matt Bernson said baseball will have to take a back seat to other concerns. “My wife is due any day now,” he said. “We are putting together baby furniture and watching out of the corner of our eyes.”

Take a Stand
Kenneth Cole has always been vocal about the causes he’s passionate about, and he’s keeping a keen eye on the upcoming presidential election. The designer’s advice for the candidates in the home stretch? “They should watch their step and what they wear below the ankles — be careful with what they stand for and what they stand in,” Cole said at his brand’s spring ’13 presentation last week. “They have to put their best feet forward and bare their soles. And then let the chips fall where they may.” All puns intended, of course.

Shopping Spree
Alejandro Ingelmo has fans in high places. The designer told Spy singer-songwriter Rita Ora recently shopped his downtown New York store to add to her collection. “I didn’t even know she already had two pairs of my shoes,” Ingelmo said at a recent appearance at Saks Fifth Avenue, “but she came by the store and got more.” It was two pairs of sneakers and one pair of heels to be exact. “My kind of girl knows how to be sexy in heels and a pair of kicks,” the designer quipped. But Ora wasn’t shopping for just herself. She also picked up Alejandro Ingelmo styles for her manager, sister and stylist.

Tag Team
Call it a perfect pair. Italian brand Sergio Rossi collaborated with Chinese artist Peng Wei on eight hand-painted boots for a special display at the Sergio Rossi boutique during FIAC, an art fair in Paris this month. “When I saw her paintings, I thought she would have been perfect to work on the artistic reinterpretation of a Sergio Rossi iconic product,” said Creative Director Francesco Russo, who met Wei through Vogue China Editor-in-Chief Angelica Cheung. “The result is breathtaking.” The boots are draped in rice paper, which was painted by Wei in a soft pastel palette. “It’s all about delicacy,” Russo said, acknowledging the collections’ textures, colors and intricate designs. “Establishing and nurturing these kinds of collaborations is always a source of inspiration.”

Empire State
Expansion is an enviable problem. It seems Jimlar Corp. and parent LF USA are outgrowing their current spaces — in various locations across Manhattan and Long Island — and needed new digs, stat. The chosen spot is New York’s iconic skyscraper, the Empire State Building. According to a company insider, the Rachel Zoe team moved late last week and the rest will follow in waves. It is understood the firm’s branded showrooms — Frye, Calvin Klein, etc. — will remain at the Fifth Avenue location.

Eyes on Payless
More C-suite moves continue at Payless Holdings, the new owner of Payless ShoeSource and Collective Licensing International. Roughly a week after LuAnn Via, formerly president and CEO of Payless, left the firm, industry sources told Spy Michael Massey, interim CEO, SVP, general counsel and secretary of Collective Brands Inc., has been offered a new position within the company. As of press time last Thursday, it is unknown if the 15-year veteran of Collective has accepted the offer to stay or go.

Show Cats
It’s a full house for Rachel Comey. The designer gave birth to her second child, a daughter, in September, and earlier this month her hands were full with some other newborns: a litter of three kittens. After one of the designer’s employees took in a pregnant stray cat, Comey decided to use her public position to find homes for the new arrivals. “We have livestream [on the Rachel Comey website], so we did a ‘kitten-cam,’” she said. Comey added that the fashion house also took to Twitter and Facebook to spread the word and was promptly inundated with emails from potential adopters. “We could have [given away] 20 kittens,” she said. However, Comey admitted, “I’m kind of a dog person over cats. Maybe we could do a ‘puppy-cam next.’”

Film Frenzy
Salvatore Ferragamo is setting foot into French cinema. The Italian fashion brand, famous for its luxury shoes, is the main sponsor of the 30th edition of Florence’s French Film Festival. “Salvatore Ferragamo has had a very close relationship with the world of cinema, so much so that it became famous in the 1920s for the shoes my father made in Hollywood for the budding film industry,” said Ferruccio Ferragamo, chairman of Salvatore Ferragamo SpA. The festival, held Nov. 1-4 at the France Odeon theater on Piazza Strozzi, will showcase recent French films, and French ambassador to Italy Alain Le Roy will attend the opening. The brand is sure to draw more impressive names — after all, early silver-screen Ferragamo fans included Joan Crawford and Rudolph Valentino, and more recently, Meryl Streep and Madonna have worn Ferragamo footwear on screen.