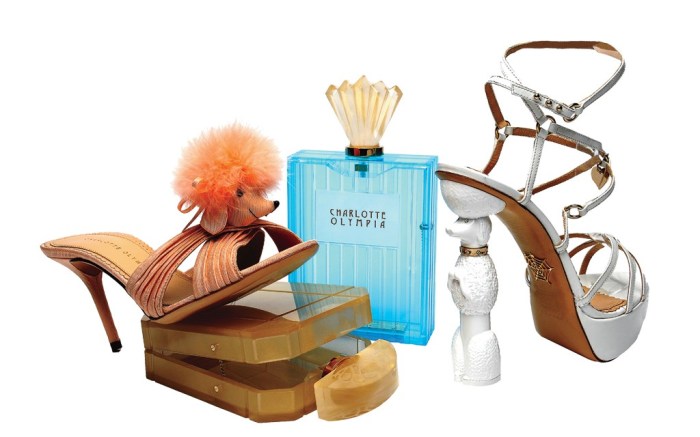 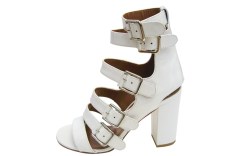 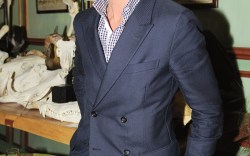 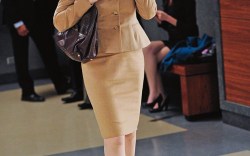 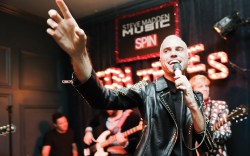 Prime Paris
Last week’s Paris collections might be remembered for the fireworks on the runway (see Dior and Saint Laurent), but there also were plenty of electric footwear moments in the City of Light.

Christian Louboutin fêted his starring role in a short film called “The Magic of the Glass Slipper: A Cinderella Story,” which celebrates the designer’s limited-edition slipper and coincides with the release of the Diamond Edition of the Disney classic this fall.

Rachel Zoe and her Bravo crew popped by Nicholas Kirkwood’s gallery-like Marais space to film a scene for the recently renewed “Rachel Zoe Project.” “I just hope all my shoes stay in the right places,” quipped the always-unassuming Kirkwood while he prepped for the shoot last Monday. Upstairs, emerging designer du jour Sophia Webster was showing her first full collection, and the British upstart admitted to being a little star struck. “I’m just excited to see her,” Webster said of Zoe’s visit.

Across town, Charlotte Olympia Dellal was clearly ready for her closeup as she held court in an elegant apartment decked out in roses, located a few blocks away from the Arc de Triomphe. “It’s all good news for spring,” the designer proclaimed, showing off her newspaper lookbook, which celebrated her Paris-inspired “La Vie en Rose” collection. And Dellal’s whimsical spirit was on full display in styles that boasted laser-cut Eiffel tower uppers, perfume-bottle Perspex minaudières and poodle heels. “The poodle shoe is something I always wanted to do. I was just waiting for the right moment,” Dellal confessed.

Tabitha Simmons also knows all about getting that perfect shot, and the stylist-turned-designer once again presented her collection in an exquisite apartment on Rue de Rivoli with a view of the Eiffel Tower. The designer, who had a dizzying schedule in New York and Milan for several high-profile styling gigs and runway collaborations, had a chance to kick back a bit in Paris. She even managed to get together with BFF Karen Elson, who closed the Miu Miu show on Wednesday.

Bruno Frisoni also made the rounds with the fashion crowd and toasted one of his favorite artists, Cindy Sherman, at an event celebrating her new Paris exhibit.

Despite his host of commitments during the week, Pierre Hardy, who collaborates on Balenciaga and Hermès, was taking everything in stride. “I’ve [pulled] all-nighters many times, but no more,” the designer declared.

Laurence Dacade, another frequent collaborator, also reflected about her runway experiences with Chanel. The designer, who has spent many seasons working with design legend Karl Lagerfeld on the shoes, said one of her biggest priorities is wearability. “The models walk such a long distance, the shoes have to be comfortable,” she said. “One time, they told me the [runway] surface was going to be water. That was the hardest!”

Fellow Parisian Alessandra Lanvin got a little extra support at her Aperlaï presentation from husband Hubert Lanvin (grandson of the famed Jeanne Lanvin), who relayed family stories. “My son can now wear the clothes my parents had custom-made for me,” he said. “They are 40 years old and still look perfect. Now that’s quality.”

Good Times
There are clear laws when it comes to footwear. On the set of CBS’s legal drama “The Good Wife,” costume designer Daniel Lawson said he searches for footwear styles that can work the courtroom. “We’re [dealing with] lawyers, so we try to make it realistic, but also elegant and stylish,” said Lawson. For season four, which premiered last week, lead character Alicia, played by Julianna Marguiles, will sport a variety of Gucci heels, while actress Christine Baranski (as Diane) will don looks by Stuart Weitzman. And Archie Panjabi’s character, sultry investigator Kalinda, has become known for a specific pair of thigh-high boots, which will return this season. The brand of choice? Via Spiga. “They’ve become a major trademark for her character — these boots were made for walking,” joked Lawson. As for the men, including lead actors Chris Noth (Peter) and Alan Cumming (Eli), brands including Kenneth Cole, Johnston & Murphy and Maruti are some of the front runners for footwear looks. Lawson also hinted at his shoe choices for guest stars this season, including Amanda Peet. Think Prada pumps for the actress.

Carrie On
Tyler Glenn’s passion may be punk rock, but he also has a soft spot for Carrie Bradshaw. The lead singer of Neon Trees, said he’s seen every episode of “Sex & the City” several times. So what’s his favorite shoe moment? “When Carrie’s in the Vogue fashion closet and flips out over the Mary Janes,” the musician said. Glenn added that the TV show’s main character also served as inspiration for how to store his personal footwear collection. “I’m actually a big shoe guy,” he said. “I just moved into a new place and I have a room for just my shoes and clothes, so I’m living the Carrie dream.”

First Place
You never forget your first time, according to Isa Tapia. The designer was elated to visit Saks Fifth Avenue last week for her premiere personal appearance. “Having this kind of exposure is not something I’m used to, but hopefully I’ll get used to it,” said Tapia, who mingled with shoppers and sales associates to gather feedback. And she learned a lot, like when a customer couldn’t decided between Tapia’s snakeskin and black ankle-strap sandals, and ended up buying both without breaking the bank. “Whoever understands value and craftsmanship will know the shoes are well-made and well-crafted,” Tapia told Spy. “Then they’ll look at the price point and be like, ‘Wow!’ That’s exactly what my brand is about.”