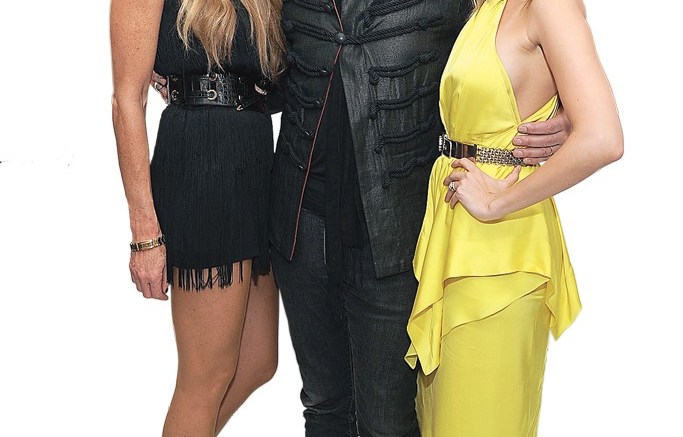 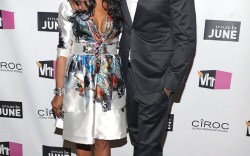 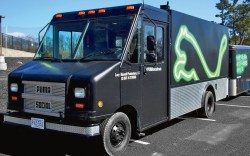 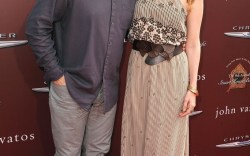 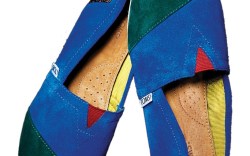 Prime Time
John Varvatos admits he was a little reluctant to make his reality-TV debut. The designer, who serves as a mentor alongside television veterans Nicole Richie and Jessica Simpson and host Elle Macpherson on the new NBC show “Fashion Star,” said he’s still getting used to the attention. “I didn’t say yes [to this show] for a very long time. And I turned down other projects like this in the past,” he told Spy. “Seeing all the billboards and ads on buses for the show is a lot to take in. I still wonder what it means, getting out there [in the public] like this.” Still, Varvatos said he was impressed by the quality of work the design contestants were able to produce in record-breaking time. “For some of the challenges, they have to do this in 24 hours,” he said. “I never have to do anything in 24 hours. To create something that is possibly going to make or break your career in [one day], that kind of pressure is a lot.”

Star Power
Celebrity stylist June Ambrose is also getting a reality check. Her show “Styled By June” debuts Monday, and Ambrose hinted there will be some major shoe moments this season for both her and her celeb clients Mischa Barton, Aubrey O’Day and Jaleel White, who all appear on the show. “I’m all about a shoe — my DSquareds and my Louboutins. The show is filled with fashion and accessories,” Ambrose said while rocking Brian Atwood pumps at a private show screening in New York last week, where Jay-Z arrived to support his friend. And Ambrose’s assistant, Eli Wasserman, is also excited about footwear in future episodes. “In one episode, I wear a pair of Vivienne Westwood loafers that are highly controversial,” he said. Meanwhile, outside of her TV debut, Ambrose also is launching a sunglasses collection this month. So could shoes be next on her list? “I’m working on a few things,” she teased. “And footwear is definitely right up my alley.”

Texas Two-Step
Footwear brands joined in the ultra-hip partying at South by Southwest. Puma hit the streets of Austin during the annual festival with a mobile social club equipped with games such as ping-pong, foosball and air hockey. “We like the idea of meeting new people and consumers at every place we stop,” Puma chief marketing officer Antonio Bertone said, adding that it won’t be the last time we see the “Social Truck.” “We’ll be traveling to different events across the country, but we are specifically hitting up music festivals like SXSW.” Vans also entered the mix by collaborating with sneaker boutique Nice Kicks to open a pop-up shop, which sold vintage vinyl records alongside the brand’s product. And Vans had plenty of fans at the event, including singer Dev, who performed at three musical lineups during the fest. She said she loves wearing everything from Vans sneakers to over-the-top Jeffrey Campbell styles on stage. “Depends on my mood,” she said. Fellow musician Jay-Z also had a footwear moment at SXSW when he gave props to his exclusive pair of Nikes, designed by friend Kanye West. “Shout out to my Yeezy 2s,” the rapper said on stage during the AMEX Sync show.

Red Carpet Riffs
Celebs shared tales of parenting mishaps and favorite bands at the John Varvatos Ninth Annual Stuart House benefit, held on March 11 in Los Angeles. “I recently took my daughter, Maude, to a charity event that Seth Rogen put on, and she learned a lot from the comedians there that — I have to say — maybe I would not have wanted her to learn,” said Judd Apatow, the producer of comedies such as “Bridesmaids” and “Super Bad.” “We bring our [daughters] everywhere, even when it’s inappropriate.” Apatow, who was joined by wife Leslie Mann and daughters Maude and Iris, served as a host for the event. But shock rocker Alice Cooper said today’s youth could use more of a bad attitude when it comes to making music. “It seems like bands today are afraid to be rock bands,” Cooper said while wearing Varvatos from head to toe. “I like Black Veil Brides because they have attitude. They’re just a drunk bar band, and I like that.”

New Look
Toms Shoes now has its plus one. After Spy recently reported that the company was working on a high-end line, the brand in fact confirmed the fall ’12 launch of Toms+. “We’ve spent a lot of time creating this line, picking out premium materials and using different design techniques,” founder Blake Mycoskie said of the collection, which will retail for $100 to $140 at accounts such as Neiman Marcus, Bergdorf Goodman and American Rag. But Mycoskie won’t be walking around in his new line for long. The founder is prepping for the fifth One Day Without Shoes event on April 10, when big names are expected to follow him in his barefoot quest. Rachel Bilson, Busy Phillips, Nolan Gould of “Modern Family” and Armie Hammer of “The Social Network” have all confirmed they’ll go shoeless.

On the Go
It’s been an awards-filled couple of weeks for Mindy Grossman. Last week, the HSN CEO was in New York to attend the 37th Annual March of Dimes Beauty Ball, where Fairchild Fashion Media President and CEO Gina Sanders was also honored. (Grossman received the Retailer of the Year award and Sanders was given the Beautiful Apple Award.) A few days earlier, Grossman held court in St. Petersburg, Fla., at the second HSN Awards. There, the exec presented Footwear News with the Strategic Marketing Alliance Award for the “Footloose” magazine collaboration — and then she had an “American Idol” moment. Grossman let loose on the karaoke stage with Foot Petals President Tina Aldatz, who spearheaded a version of “She Works Hard for the Money.”