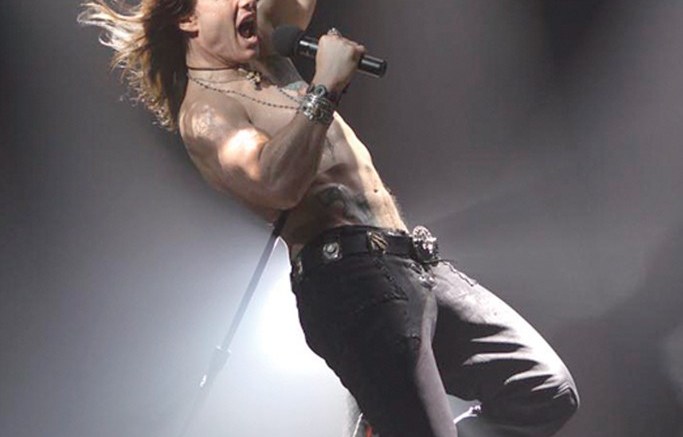 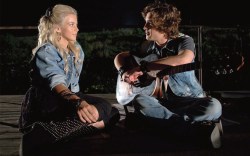 The ’80s are making a comeback. “Rock of Ages” is going from the Broadway stage to the big screen next month (June 15) and the film’s costume designer, Rita Ryack, said she enjoyed pairing the footwear choices with the time period for the Warner Bros. Pictures release. “Footwear was very important. It changes the way the characters walk and it completes the look and the silhouette. We had a lot of fun with footwear,” said Ryack. “We wanted the humor to come from the script, so I chose the styles [to resemble the 1980s], and it still looks interesting and a little humorous.” Here, Spy goes back in time with Ryack.

How would you describe the footwear style of the main characters?
“Tom [Cruise]’s cowboy boots are custom- made by John Lobb of London. Most of [the looks] were vintage. On Catherine Zeta-Jones, we had vintage Ferragamos and on Julianne [Hough], we used a lot of slouch boots, white boots, fringe boots and a lot of those ’80s colors, like mauve. They’re good to dance in! We used high boots for Alec Baldwin’s character — he’s the club owner. Russell [Brand] is in Converse hightops. Paul Giamatti is the sleazy agent, so he’s wearing period Italian loafers. Diego [Boneta] had laceups — vintage ones, but we snuck a pair of AllSaints in there, too. They’re classic.”

Was there one standout footwear scene?
“There’s a moment where [director Adam Shankman] pans up at Zeta-Jones starting with her pumps. She’s the mayor’s wife and she’s dressed [like] Michele Bachmann. She was wearing a red knit pantsuit by YSL and the shoes were beige Ferragamos with buckles and nylons. All the mother characters wore nylons — it was the time and it looks very funny. And the [mother characters] danced in their vintage pumps, so I give them credit for that.”