FN Spy: The Scoop on ‘Looper’… Shoe Masters in Milan 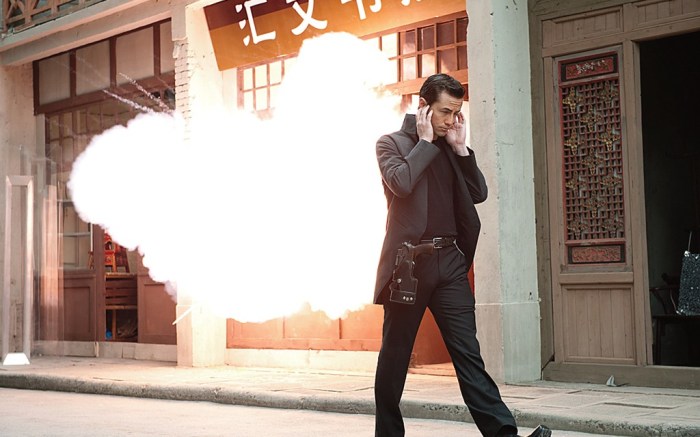 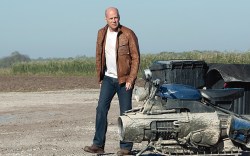 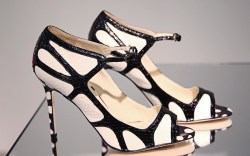 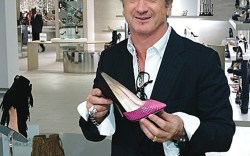 Fast Forward
The future is getting a nostalgic look in the new film “Looper.” Although the time-traveling sci-fi flick, which stars Joseph Gordon-Levitt and Bruce Willis, is set 30 years in the future, styling for the movie was inspired by fashion from the past. “Most of the characters’ styles are mixed between the 1920s and the 1980s, which isn’t too far off from how people dress today,” said Sharen Davis, the film’s costume designer. “We just did small things to twist the look.” Here, Davis tells Spy about her forward spin on classic footwear.

Your main character exists in two different time periods. How did you go about outfitting Gordon-Levitt and Willis?
“Joseph wears a lot of traditional Stacy Adams shoes because I pulled his look from the 1950s. I augmented the bottom with a lug sole so it looked a little more hip. I also put a different rim on the soles and braces on the laces. Bruce Willis — or the older Joe character who comes from 30 years in the future — is wearing Keen shoes. We tried to use no buttons or zippers for all the future wardrobe, so that footwear is all slip-ons.”

Was Gordon-Levitt’s everyday style similar to the character he plays in the movie?
“Their styles are not the same at all. Joseph is very meticulous about his clothing and his fit. He’s got a good sense of style and we knew we were pushing a look on him that he hadn’t really worn.”

Italian Masters
Milan’s Montenapoleone neighborhood was buzzing with footwear talent last week. Gianvito Rossi played the dual role of designer and proud dad at his spring presentation. At 15, Rossi’s daughter quipped that her father lets her try on his sexy stilettos, but she’s only allowed out of the house in lower heels. “I am not ready for that,” the designer said. Down the block, Giuseppe Zanotti also was proudly talking about his offspring, but in this case, he was referring to his spring shoes. “I always feel better when people come through and like the shoes. They are my babies. Well, that and a collection of Chateau Margaux wine,” he joked. Meanwhile, Brian Atwood said his wish was to kick back and enjoy the Italian city. But the designer did have some fashion items on his agenda, including sitting front row at Versace. And fresh from a summer safari in Botswana, Zoraide’s Paola Bay said her proximity with the wildlife has encouraged her to use printed leathers. “Now the embossed leathers are so good you don’t need the real thing anyway,” she said.

Shoe Spotting
Jean-Michel Cazabat loves a little face time with customers. The designer told Spy he can’t resist speaking to fashionistas on the street who are sporting his shoes. “Most of the time I can’t keep my mouth shut,” said Cazabat, who recently stopped a woman in Hong Kong wearing one of his looks. Cazabat did plenty of mingling last week for a personal appearance at Saks Fifth Avenue to promote his fall ’12 collection, but the designer said he’s already thinking about fall ’13 and will attend a leather fair in Italy later this month.