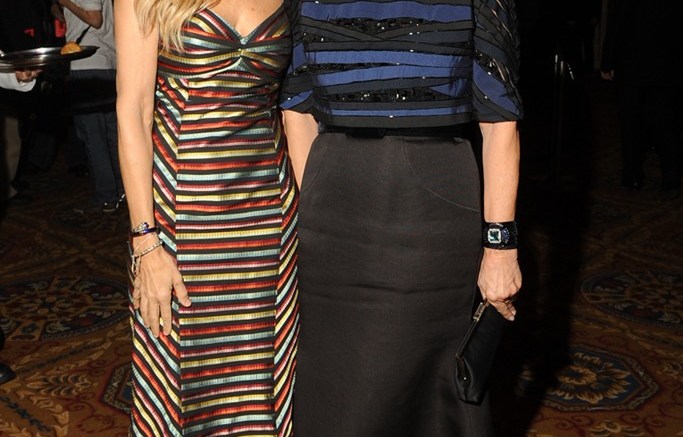 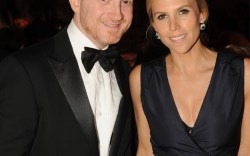 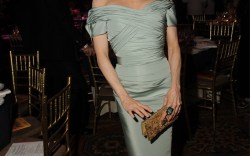 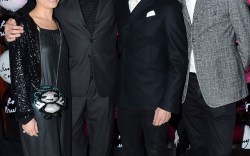 Shining Stars
Call them the dream team. Designers and celebrities gathered Thursday at Cipriani Wall Street in New York for Fashion Group International’s 29th annual Night of the Stars. Derek Lam, who was named a Star Fashion Honoree (alongside Haider Ackermann and Gareth Pugh), was still raving about his recent deal with Schwartz & Benjamin and future footwear collections. “We’re looking forward to the new collection for pre-fall and fall; expect a lot of beautiful jewel tones,” hinted Lam. The designer also mentioned that he will travel to Italy for a work trip next week, prohibiting him from participating in any Halloween fun. “I’m going to see if anyone gets dressed up on the plane,” he quipped.

Prabal Gurung also walked the red carpet before joining the group of power player designers and celebrities for cocktails. On the top of his mingle list? Sarah Jessica Parker, who was a presenter for the Lord & Taylor Fashion Oracle Award, honoring L’Wren Scott. Gurung continues to work with Casadei on runway collaborations, but was mum about what’s in store next year. When asked about fall ’13, “You know better than that,” he joked. “You’ll just have to see it on the runway.”

Viola Davis and Renée Zellweger also presented, and Kelly Ripa and husband Mark Consuelos made an appearance to show their fashion support. However, when asked what footwear style she was wearing, Ripa appeared to be stumped at first. “Oh, that’s a good question,” she said, before lifting up her gown to peek. “Nicholas Kirkwood!”

Mizrahi’s Milestones
Isaac Mizrahi has been doing the reality show rounds for years, but now he is set to make his acting debut. The designer scored a part in the final season of Showtime’s “The Big C,” he told Spy on Thursday evening at a party celebrating the season two premiere of Lifetime’s “Project Runway All Stars” at Nine West’s flagship store in Manhattan. “We’re shooting [The Big C] now,” he revealed, “but I can’t say any more about it.” The designer also chatted about his favorite moment from “Project Runway” (he’s a judge on the “All Stars” version). “There was a military challenge in one season, and one of the [veterans] brought a [service] dog to help her walk, and its name was Isaac,” he recalled. “I don’t know if the dog was named after me, but I do want to confirm that.” Still, design remains a big focus for Mizrahi, who said his most-recommended women’s footwear style is a good flat. “Honestly, when I see [a woman wearing high heels], all I can think is that she’s trapped,” he said. “I worry for woman-kind. I worry about [women being able to get] away from predators … seriously.”

Modern Art
Jimmy Choo got in on the art scene Thursday night. The brand feted its collaboration with contemporary artist Rob Pruitt at the swanky Fletcher Sinclair Mansion in New York. Partygoers including Krysten Ritter and Genevieve Jones checked out a few styles from the 19-piece collection of shoes, bags and accessories, but Pruitt said he was humbled and happy to be there. “I was flabbergasted they asked me [to collaborate]. I never get such great invitations,” the artist told Spy, adding that Jimmy Choo creative directors Sandra Choi and Simon Holloway were ideal partners. “If I had any crazy ideas, they never said no. They wanted it to be exactly as I envisioned it.” From smoking slippers with panda icons to zebra-print wedges, the collection was a departure for Jimmy Choo, said Choi. “It was about breaking boundaries and doing something slightly different than what we’re used to,” she added. “[Pruitt] made it glamorous, fun and very much happy.” She carried her favorite piece that evening — a crystal-studded panda bag also brought by model Hillary Rhoda.