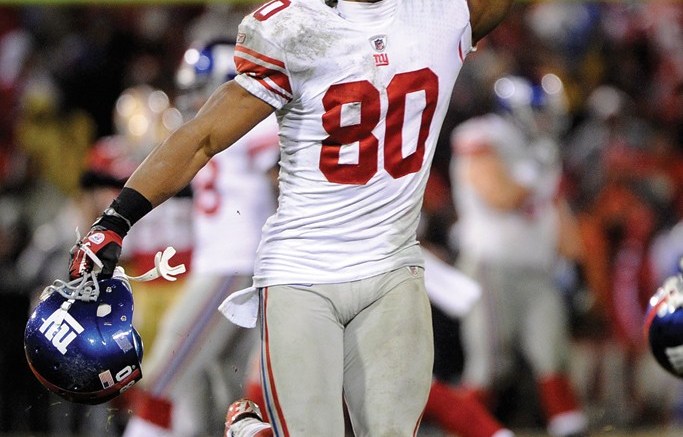 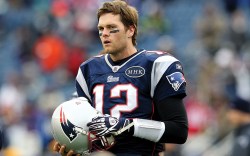 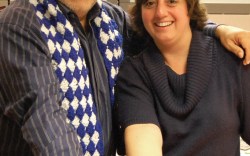 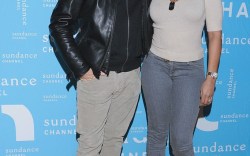 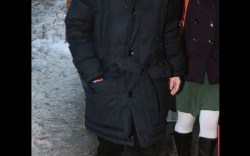 Game On
It’s kick-off time. As the New York Giants and New England Patriots prepare to square off in Sunday’s Super Bowl, football fans in the industry are choosing their sides. “I’m rooting for the Giants. As a lifelong New Yorker, I’ve been a fan since childhood,” said designer Matt Bernson. “I can’t wait to see what Victor Cruz does. He’s been the breakout star this season.” And Bernson’s not the only one pulling for Big Blue. Mark Cuban, who will be seen in Skechers’ Super Bowl ad, is predicting a 38-to-31 Giants’ victory. “The hot team wins and the Giants are that hot team,” said the Dallas Mavericks owner. A native New Englander, Skechers CEO Michael Greenberg is hoping his pitchman’s forecast is wrong. “Living in Foxborough, I got the opportunity to watch the [Patriots’] stadium being built,” he recalled. “Go Patriots!” With the event taking place at Lucas Oil Stadium this year, Glenn Lyon, CEO of local retailer Finish Line Inc., is planning to be at the championship game in Indianapolis, and he’s taking a few lucky co-workers. As part of an employee rewards program, the Indianapolis-based retailer surprised some team members, including manager of planning and allocation Barb Reasinger, with tickets to the big matchup. Born in New York, Lyon said he’ll be rooting for the Giants, but only since the host-town Indianapolis Colts didn’t make it. But not everyone has a home-team loyalty. Marchez Vous designer Yeardley Smith is focusing on another angle: “I’m rooting for the best-looking team to win,” she quipped.

Chasing Crawford
Chace Crawford has big plans for “Gossip Girl.” At Reebok’s official launch for its “Sport of Fitness” campaign in New York last week, the actor told Spy he’s got his own thoughts for what the show writers should do with his character now that GG has hit the 100-episode mark. “Leave it all out on the table. Go the full ‘Cool Hand Luke:’ have [Nate] eat 50 eggs, the whole thing,” he said. “It’s definitely a milestone. You don’t think that way. You go season by season, or, in the beginning, episode by episode, since our ratings weren’t always at the top. But it feels good to have an end in sight.” In the meantime, the actor has plenty more on his plate. He’ll appear in “What to Expect When You’re Expecting” this May with fellow Reebok event attendee Elizabeth Banks. So did Crawford pick up any tips on-set for his sister, Candice, who’s expecting her own bundle of joy with husband Tony Romo this year? Maybe not. “I can’t say I read the book before I started filming,” Crawford said with a laugh. “I didn’t go that far!”

Dance Party
There were no shortage of celebrities — or footwear brands — at the annual Sundance Film Festival, which closed yesterday. Kenneth Cole made a big splash again this year, but unlike most other shoe players, he wasn’t focused on gifting celebrities with shoes. Instead, Cole and his team, who outfitted all the festival’s volunteers, put together a film vignette to celebrate the hardworking professionals. “They are really the unsung heroes here,” Cole said. The vignette — which was shown on Wednesday before every Sundance film — stars actor Derek Waters. It’s a comedic look at what happens when he is mistaken for a volunteer after inadvertently being handed a Kenneth Cole Sundance jacket. Elsewhere in Park City, Utah, Sorel, Bearpaw, Puma, Ryka and Timberland were also out in full force. “Our message this year is centered around our Earthkeepers line,” said Brian McGovern, senior marketing manager at Timberland, which was the official Sundance footwear and outerwear sponsor. “This collection is really what we’re focusing on as a company.” The outdoor brand held court inside its lounge at Mary Janes, a well-known Main Street fashion shop, and also sponsored a consumer lounge down the street, where it encouraged attendees to make an “Earthkeepers pledge” to spread the sustainability message.

Williams’ Way
Wendy Williams might be known for her gift for gab, but the talk show host had to stay mum last week about one thing: the launch of her own footwear line, called Adorn, produced by Ashley Taylor & Co. and ISO New York. Williams will debut the fall ’12 collection at FFANY this week, and she has yet to announce the new endeavor on air. “It’s one of the hardest things that I have had to keep from [my audience],” she said. “I haven’t had a secret as hard to keep since I was sworn to secrecy about being on ‘Dancing With the Stars.’” And as a woman with a size 11 to 12 foot, Williams added that she made sure that Adorn goes up to size 12. “It’s about [the shoes] fitting, being comfortable and being fabulous,” she said. But there is no doubt that Adorn will also expand Williams’ own trove of shoes, which already numbers more than 300 pairs. “I love shoes,” she said. “What girl doesn’t?”

Music Man
Are we just living in James Curleigh’s world? The Keen president was everywhere at Outdoor Retailer: at his booth (consistently packed, and not only when the beer was flowing), beating Canada Goose to win the annual street hockey tournament and playing guitar onstage at OR Rocks. And Curleigh was in fine form the night before the show opened, when, after a hike to a snow-covered yurt, the CEO led guests in song with hits including “Country Roads” and “You Shook Me All Night Long” before bringing down the house with a sing-along, play-along version of Simon & Garfunkel’s “Cecilia.”