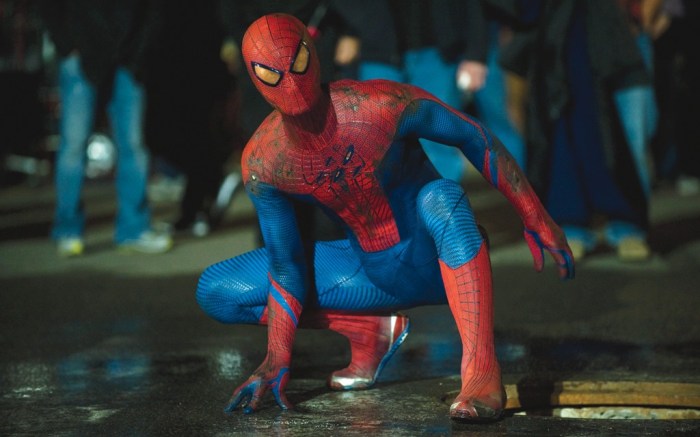 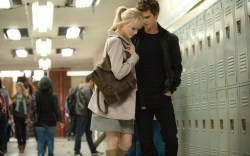 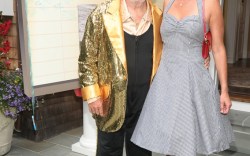 Spidey Sense
While the suit may attempt to steal the show in “The Amazing Spider-Man,” footwear also has a starring role. “There’s always a shoe shot,” said Kym Barrett, the costume designer for the Columbia Pictures film, which rocketed into theaters last week. “A shoe can tell you so much about the character. The way [footwear] can change your posture and make you move in a certain way, it really helps actors.” Here, Barrett sounds off on the footwear fit for a stunt-filled film.

How would you describe the footwear styles of the main characters?
“Spider-Man [played by Andrew Garfield] wears a couple of different skateboarding shoes, and Gwen Stacy [played by Emma Stone] wore knee-high boots by Christian Louboutin most of the time. Emma is a bit of a tomboy, so we had to make her pretty, but believable, and we didn’t want [her look] to be super-girly. If I do give an actress beautiful designer high-heel shoes, I either have to find her a stunt version that looks similar but isn’t as high, or I have to find something more practical. Andrew was very dedicated to the look of Spider-Man so he was willing to try everything.”

Did you do anything out of the ordinary to shoe the actors?
“We had to get Andrew to stand in special foot clay so they could make an impression of his feet. A lot of our time goes into really making sure that everyone can do their job well, so I try to make sure that feet issues don’t become a thing.”

The Jitterbug
Bob Campbell went back to the 1950s for his birthday bash. The BBC International chairman and CEO celebrated in style this month at his house in the Hamptons, where there was a “Bob’s diner” setup alongside a checkered dance floor. “The ’50s was my era,” said Campbell. “We just danced all night and everyone had a great time.” In addition to some footwear guests, including Sonny Shar and members of Campbell’s BBC team, a few housewives were also on the scene. Ramona Singer of “The Real Housewives of New York” and her former castmate Jill Zarin both celebrated with Campbell, who dressed as Jerry Lee Lewis for the night. “We did all the old dances and there was a Marilyn Monroe impersonator,” he added.

Show Business
FFANY, set for Aug. 1-3, is gearing up for another big event. During this edition, the trade show will put the spotlight on “Made in Italy” once again through a partnership with ANCI (the Italian Footwear Manufacturers Association) and the Italian Trade Commission. Thirty-five rooms on the 12th floor of the Hilton New York will showcase Italian product. FFANY also is throwing an opening-night party at the Hilton’s Bridges Bar. The complimentary event is for show exhibitors and retailers. RSVP is required: Email party@ffany.org or call Liz Carroll at 212.751.6422, ext. 10. Both the August edition and the winter FFANY (Nov. 28-30) will be held at the Hilton and in member showrooms. The locations of the shows were reported incorrectly in the June 18 issue of Footwear News.