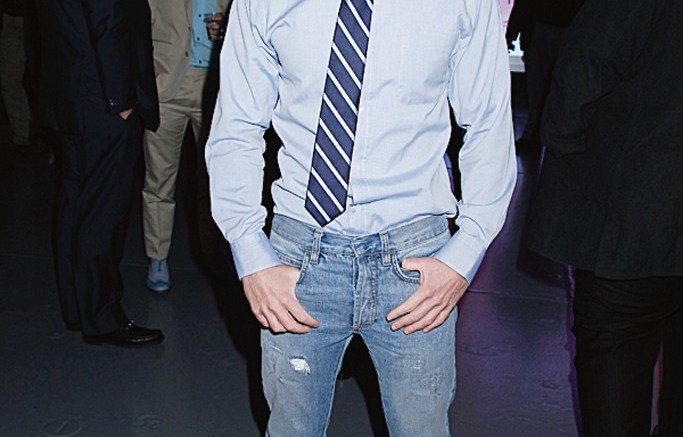 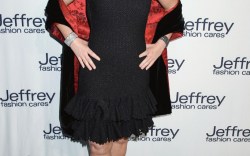 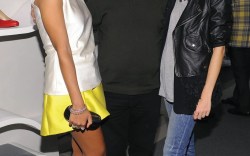 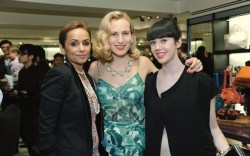 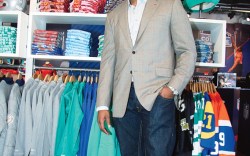 Star Power
Could Yeardley Smith be the next reality TV star? The voice behind Lisa Simpson is currently pitching a show with the working title “Shoe Girl” to major networks, promising an inside look at the ins and outs of her Marchez Vous line. “It’s about my life and the hot guys I travel with,” said the founder and designer, who regularly jets around with an entourage, including manager Benjamin Cornwell. Smith also has mingled with some famous heartthrobs recently. The designer was involved in the play reading of “Prop. 8” last month, alongside George Clooney, Brad Pitt, Kevin Bacon and Martin Sheen. “I met George Clooney [for the first time] and he kissed me on the head. I haven’t washed my hair in a month,” she quipped on the red carpet for the Jeffrey Fashion Cares benefit last week. And she wasn’t the only one there with a reality show on the horizon. Joe Jonas, who wore Antonio Zengara to the charity event in New York, is reported to have a series coming out with brothers Nick and Kevin. But instead, Jonas told Spy about his shoe collection. “I have so many shoes. I love everything from Vans, and G-Star makes great boots,” he said. “I sometimes rock Nike during the day.” As for event founder Jeffrey Kalinsky, he sports Nike as well, and wore a pair decked out with neon-yellow laces for the big night. And though Chloë Sevigny and Kate Upton were in the crowd that evening, Kalinsky said he was most excited about meeting Jonas.

Sports Center
“Hunger Games” has quite the fan base. Stuart Weitzman said that after reading the first book, he is looking forward to seeing the movie, especially because of its lead actress. “[Jennifer Lawrence] is going to be such a superstar because of it,” said the designer, while fêting his spring line at an event in New York last week, alongside Solange Knowles and The Man Repeller (aka blogger Leandra Medine). “I heard Lawrence does all the [action scenes] herself. She’s an amazing athlete.” And Weitzman is pretty athletic, himself. When he travels to Spain next week to begin work on the spring ’13 collection, he’ll also make time for a trip to the La Manga Club in Murcia, Spain, to play some tennis, water ski and man the ping-pong tables, which were added based on a special request from the designer. “It’s this fabulous club right on the water with super restaurants and no email,” Weitzman said. “When I’m playing sports I’m in another zone.”

On Tour
Charlotte Olympia Dellal’s first trip to Asia last week was jam-packed with highlights. Last Tuesday, the hot young designer hit Hong Kong for an in-store appearance at On Pedder’s New World Tower store, which was transformed to embody the glamour of Old Hollywood — a huge inspiration for the line. “It was everything I could have imagined, but better,” said Dellal (pictured below with members of her team). Her favorite touches? The rotating spider web (her brand icon) in the boutique’s window and the ornate flower beds on which her shoes were displayed. The designer also found time to hit some of the city’s chicest spots, including the retro China Club and the picturesque Repulse Bay. “It is a different side of the city,” Dellal said. “I definitely have to come back.”

Brick’s Way
D’Brickashaw Ferguson is having a busy off-season. “[My wife Kirsten and I] went to Hawaii for the Pro Bowl, did a stint in Orlando and hopefully will go to Europe soon for our wedding anniversary,” said the New York Jet at a preview last week for the NFL pop-up shop in New York. And Ferguson might have the perfect gift idea for the occasion: His wife is a fan of Christian Louboutin. “I tried to get her other shoes that were non-Louboutin prices, but it didn’t work so well,” he joked. There’s also a pair of rare kicks that are on Ferguson’s own wish list. “The patent leather [Jordan] Concords are my favorite pair,” said the 6-foot-6, 310-pound left tackle. Ferguson also talked to Spy about new Jets sensation Tim Tebow, whom he welcomed to the team last week during Tebow’s press conference. Ferguson said he’d like to show the greenhorn one of his favorite hometown restaurants in Freeport, N.Y.: The Nautical Mile.

Trot Like Trump
Ivanka Trump knows what women want, and it’s not shoes that are only good for display. Clad in towering stiletto sandals from her eponymous shoe line last Wednesday during the launch of her ready-to-wear collection at Lord & Taylor, Trump, who posed for photos with L&T President Bonnie Brooks, said that as a shoe designer, she tries to create an extra layer of padding in all her styles. “You have to be pragmatic or it doesn’t accomplish the desired effect, which is that women want to buy and wear them,” the savvy businesswoman said. Pointing to her own feet, she added, “Honestly, these are so comfortable that I was running around the office today in them. My closet is full of so many shoes from other designers, but they’re totally unwearable.”

Runway Revamp
When Kenneth Cole eventually returns to New York Fashion Week, he wants to do it with a bang. The designer said he is looking to make his return to the runway an experience, the same way he turned the launch of his new Kenneth Cole Collection last Tuesday night into an installation artwork, replete with models’ images moving in and out of digital screens, with overhead domes projecting voices. “I [didn’t want it to be] just a 15-minute presentation where if you blink you miss it. I want you to feel the brand and get a sense of the environment, see the clothes at your pace and comfort level and connect it to a form of expression. Today, 95 percent of the people who experience the runway see clothes that are not accessible to them. How do you service the audience in a way that addresses their needs? Stay tuned.”