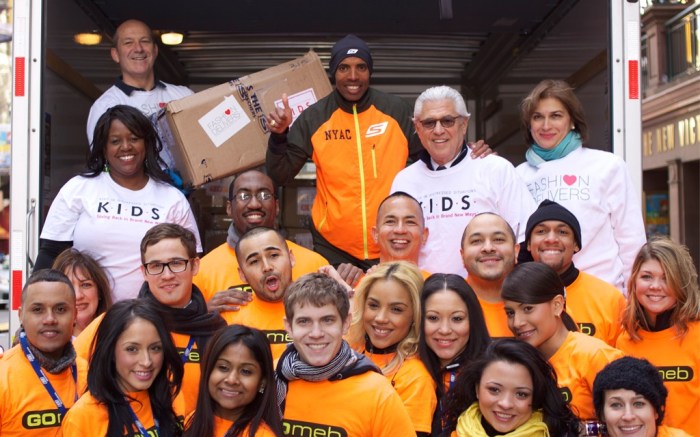 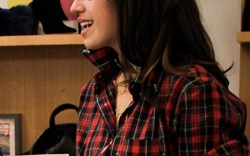 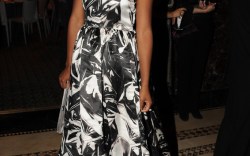 Sandy Efforts
The New York City Marathon may have been cancelled this year, but professional runner Meb Keflezighi found other task to occupy him around the borough. To aid city residents affected by Hurricane Sandy, the Skechers athlete presented the Mayors Fund in New York with a $25,000 donation on behalf of the brand and worked with Fashion Delivers to distribute 500 pairs of footwear to areas in need. “I arrived in New York to run as I have so many times before. Then, after witnessing the storm’s devastation and hearing stories from those affected, the priorities of this amazing city became crystal clear,” said Keflezighi, who won the prestigious race in 2009. “There’s always another race, but those who lost their homes or friends or family members need our assistance.” Additionally, he also appeared at Skechers’ store in Times Square last week, where the company donated 20 percent of all sales to raise additional money for the cause.

Man Power
Sigerson Morrison also did its part to offer relief from Hurricane Sandy last week — with the help of some “Man”-power. The brand held an event at its Nolita store in New York, hosted by The Man Repeller, Leandra Medine. The store accepted contributions and also donated a portion of sales from the evening. On a much lighter note, Medine is working with the brand on another project, curating a selection of Man Repeller-approved looks to sell on Sigerson Morrison’s website starting this week. Her favorites? “I was very into pumps with accents and some suede booties. I like that the brand seems so accessible,” said Medine. “The brand has a utilitarian feel, but it’s also very feminine.”

Tika Talk
Tika Sumpter has another on-screen appearance in the works. The actress, known for her role as Raina Thorpe on the TV show “Gossip Girl,” is headed to Atlanta to film the movie “Ride Along,” in which her character’s fiancé (played by Kevin Hart) is taken on a wild adventure by her disapproving, police officer older brother (played by Ice Cube). “I’m so excited. We are going to laugh so much,” she said. As for her character’s wardrobe, “it’s not Gossip Girl-y,” Sumpter explained. “She is a business girl and she is kind of conservative, but fun.” In real life, the actress said she loves fashion, especially shoes, and her closet is filled with pairs from Giuseppe Zanotti, Ash and Christian Louboutin. Sumpter revealed she’s also gearing up for a design project of her own, but was tight-lipped about the details. “It’s very, very small,” Sumpter hinted. “I’ve been inspired by fashion, and [this project] is going to inspire little princesses everywhere.”