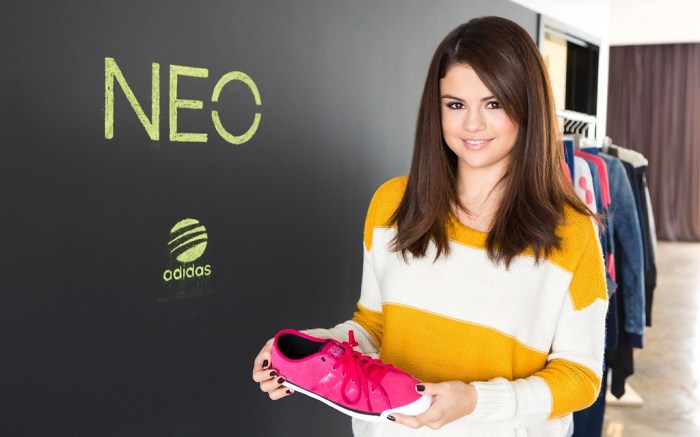 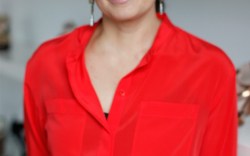 Selena Says
Adidas has a new celebrity fan. Selena Gomez has teamed up with the brand to act as its global style icon and guest designer for the Neo Label through 2015. “It’s a great partnership for me because Neo really cares about style and having fun with fashion and allowing you to be yourself,” Gomez said in a statement. “This is something that’s always been important to me and to my fans, too — knowing they can express themselves through wearing whatever clothes they want and feel good about themselves.” Sneakerheads and Gomez fans can also watch some of the behind-the-scenes design process on the brand’s Facebook page and enter to win a chance to meet the celeb at NYFW in 2013.

Sandy Support
More footwear brands are taking action to help in the aftermath of Hurricane Sandy. New Balance will host a 5K run Thursday, sponsored by Soles4Souls. The teams are asking for footwear donations throughout the day to benefit adults and children impacted by the storm. And the event will have celebrity power too — “Top Chef” host Padma Lakshmi will kick off the run. The event also marks the global launch of New Balance’s Gear Lending Program, a new partnership with Westin Hotels that provides guests with apparel and shoes and even in-room fitness content from celeb trainer Holly Perkins.

Elsewhere, Payless ShoeSource collaborated with the Boys & Girls Club for an event Monday, where free product vouchers ($40,000 worth) were distributed in affected areas throughout New York and New Jersey. Aquatalia Group donated 200 pairs of its winter boots to Fashion Delivers, as well as putting out a call for other brands to join the effort. And Miz Mooz is lending a helping hand, too, by collecting shoes to donate. The New York-based brand partnered with the Queens Chronicle to distribute the shoes. “The Miz Mooz crew was very lucky to have survived the hurricane relatively unscathed and we’re thrilled to be able to help those in our community who are not as fortunate,” said Brand Director Cheryl Matson.

More Turkey
Claudia Ciuti, originally from Italy, was indoctrinated into Thanksgiving with a tradition almost as American as turkey and pumpkin pie: The annual family brawl. “The first year I lived in the States I didn’t even really know exactly what Thanksgiving was,” the designer told Spy. “I got invited to a [friend’s] family dinner, and at the end they had a big fight.” As for culinary choices, Ciuti, who plans to spend the holiday with friends in Miami this year, said she likes to come to the table with less traditional dishes: “I make fish soup or a turkey roast with polenta.”